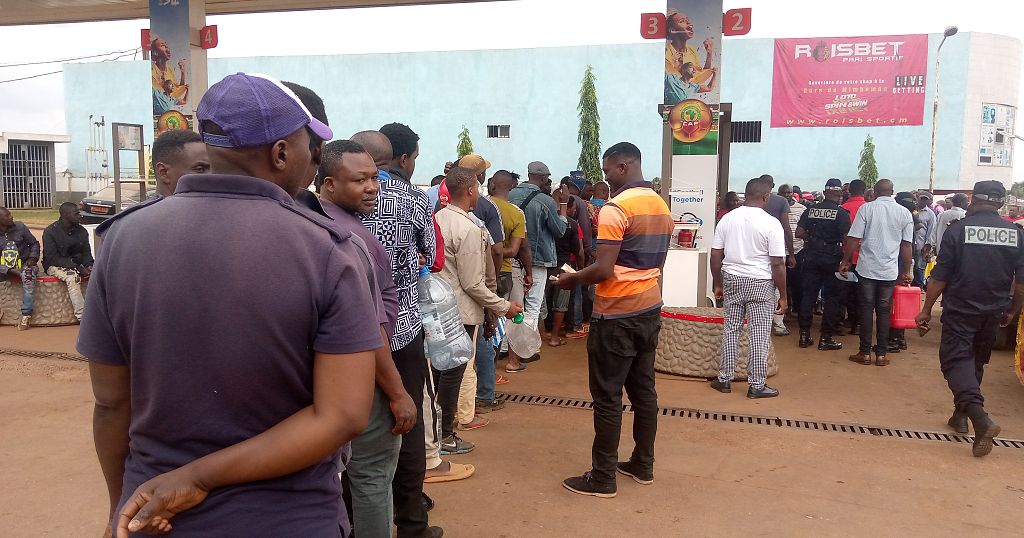 Thousands of residents of Yaoundé, Cameroon’s capital city have had immense difficulty carrying out their daily tasks following a fuel shortage.

Unusually long queues of people could been seen at taxi stops seeking taxis and commercial motorbikes since Monday morning.

The lines too are similar at filling stations, as drivers wait long hours to get fuel for their cars and motorbikes. Reports indicate that the Gasoil brand is relatively more available than Super The shortage has in turn, driven up transportation prices, with some commuters acknowledging speeding up to 50% more than their usual fares to be able to get about town.

He furthered that rationing might be done only if the consignment of fuel expected fails to arrive. With the current situation, some drivers admit to have turned to locally-made fuel often imported from Nigeria, called ‘Zua Zua’. But this too, does not resolve the challenge entirely.

Faced with the situation, many city dwellers on their part have been compelled to walk long distances to carry out their daily duties. Fears are rife that the shortage will not drive up fuel and transportation prices only. The city’s last shortage of this sort was recorded in October last year, few months after another in June.

Before government could intervene, the prices of multiple consumer goods too skyrocketed, with some yet to return to normal.

Like in October 2022, the shortage is expected to spread quickly to other towns across the country and could ground many sectors if urgent measures are not taken.

At press time, public authorities are yet to make any declarations over the incident.
The recent fuel shortage  comes barely a week after President Paul Biya expressed government’s inability to maintain a firm grip on the situation.

“… Cameroon, like many other countries in Africa and elsewhere, will not be able to indefinitely avert a petroleum products price adjustment if we must preserve our fiscal balances and successfully continue implementing our development policy,” he had stated in his New Year’s Eve address to the nation.

In 2022, Cameroon’s Treasury subsidized fuel and cooking gas to the tune of nearly 700 billion and 75 billion FCFA francs respectively. Government blamed the shortage on the Covid-19 pandemic, the global economic situation, and the Russia-Ukraine war which has been ongoing for years now.