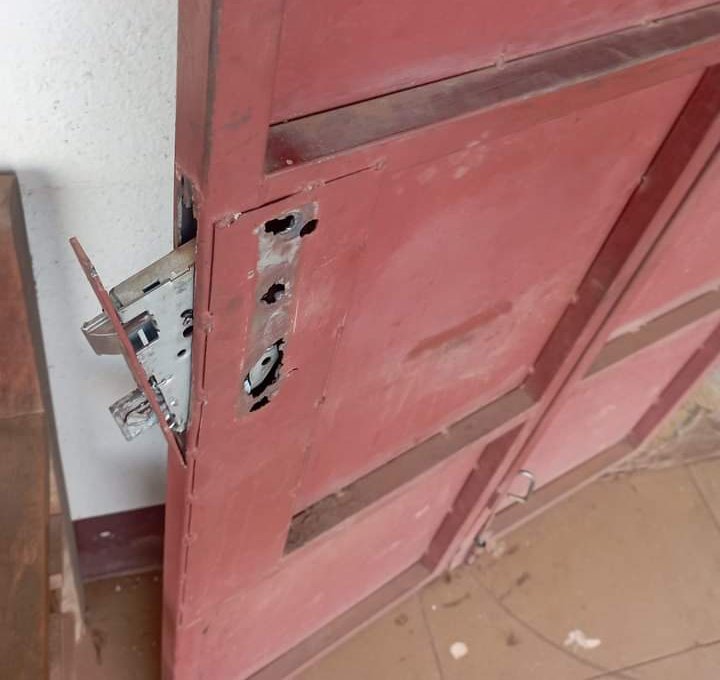 The publisher of Le Jour newspaper in Cameroon’s capital, Yaounde, Haman Mana has announced that men of the underworld tried to break into the structure but failed. Mana who is known to be a loud voice in Cameroon’s media and political space said the break-in flopped thanks to the resistance of the metal door at the entrance.

“There is not so much to steal at Le Jour. They tried to force the metal bars but they resisted,” he explained.
Following the failed attempt, the men of the underworld, he went on, injected a liquid into the locks.

“We will be taking some major reforms,” the Publisher announced, adding “we beg ‘our friends’: leave us alone. We are a poor little newspaper who ‘can’t even pay salaries’”.

This is not the first time Le Jour newspaper has been targeted. In 2019, the media outfit was broken into.
Haman Mana who founded the media organ is a reference point in Cameroon’s media landscape. Prior to founding his own newspaper in 2007, he served as editor of daily, Mutations for 11 straight years.