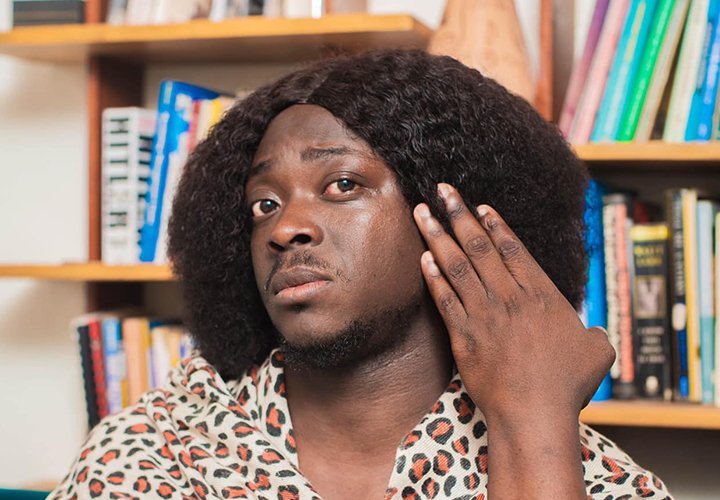 WILL AUNTIE FELICIA LOSE HER AUDIENCE BECAUSE OF TOO MANY ADVERTISEMENTS?

Advertising to The Media Savvy

I realized just like many of you that, recently, most of Auntie Felicia’s comedy skits are actually adverts. As someone who works in branding and marketing, I had to think about the impact that might have on her brand in the long run. We all know that influencers today have even greater appeal than yesterday’s celebrity. They are considered more relatable — making their promotions feel more like a friend giving you a recommendation than a hard sell.This unique mix of relatability and aspiration is highly powerful and has proven to resonate with consumers, especially the tech and media savvy ones. This is what brands are looking for when we see them all rushing to Auntie Felicia to tap from the high engagement.

Influencers tend to have a more authentic relationship with their audience, allowing them to punch above their weight when it comes to sales and conversions. They wield that power because of trust. Consumers now demand more than a profit making motive from brands. They want to know that brands care.  Working with influencers over celebrities is already one way for brands to hit closer to the home of the average consumer. As a result, many companies are now splitting the big budget they would have given to one celebrity with millions of followers. They prefer to split that money between multiple micro influencers.

Entertainment promoter DJ Eric Lemessi took to social media to dish out public advise to Auntie Felicia suggesting that she refrains from making a large majority of her skits ads. He fears, she might lose her audience because of that. If you followed all what I said above you should see where he has a point. If the premise of the influencer is the trust their followers have in them, accepting every single deal will definitely put that trust into question. Part of trusting someone is knowing what they will and what they won’t do. Sooner or later, the followers will feel like they are being used rather than that they are being entertained. Even the biggest celebrities are careful about the brands they take deals from. For one, it might stop you from getting other bigger deals and secondly, it might just not be a fit for your brand.

But the deals keep coming. Should she turn down the money in the kind of economy we live in? I know Kwoh is not a meathead. I know he thinks about his brand everyday and considers these things. How used or not the followers feel will depend on Auntie Felicia’s ability to still make the skit fun even though its a product placement. I however believe that when the followers start to expect the skit is just another advertisement, they’ll still watch but somehow block the product in their mind. Basically, they will take the joke and forget the product, personally I have been doing that. I did a quick comparison between the views on ad skits and non-ad skits and there was no clear empirical evidence that the ad skits are performing less. It is however too early to make a conclusion.

Auntie Felicia went from 0 to 100, real quick. The following came and the engagement is there. The brands are rushing her. Conventional wisdom will say hit the iron when its hot and I think that is what Kwoh is doing but it is not without potential drawbacks. There is a future where he can probably charge more per spot than he is charging now but working with so many brands is setting a price already with so many clients.  It will be harder to upsell to the same clients.

Working with so many brands may also make Auntie Felicia eclipse the products she is trying to advertise. If this was in the days when billboards were the thing, imagine walking down the street and seeing 10 billboards of the same person advertising different products. Chances are you will remember the person and you won’t remember up to a third of the products they were advertising. I hate to say this but the advertisers are actually getting the short end of the deal. After all, I doubt they are paying very huge for those skits so it can still be a fair deal.

I however do see a bigger opportunity. I think right now, the communication is — this is a comedy skit but we are making it an AD. I think he can rather make it an AD and make it funny. My best ads are the funny ones. I actually still remember the funny ads I watched. I don’t know which World Cup it was but Coca Cola had an ad in which a goal was scored and a woman’s side piece who was hiding in the closet came out to celebrate with the couple. I spoke of trust that influencers have with their followers, separate what you give from what you take. Don’t try to give and take at the same time, it is too transactional. People are on the page to have fun and not to be sold to.

The success of the Virtuous Women Debate show was simply because they employed the right social media content strategy of Jab, Jab, Jab, Right Hook i.e Give, Give, Give, then Ask. They gave us so much entertainment that when they asked to be paid many did. Right now Auntie Felicia’s content is looking more like ask, ask, ask, then give. I believe he can rather add a segment in the beginning of the videos where he talks a little bit about the brand as (Kwoh Elonge) then dive into the skit. He can be upfront with the followers. Tell them we need these deals to keep supplying you with the fun, so please, check out this brand that is supporting us and show them some love. I think that might work better than just assuming the followers should understand. I am sure the followers understand but the crux of an influencer is that personal (we are together) relationship with their followers that most celebrities cannot have.

I know Kwoh has not unleashed a third of what he has in store for Auntie Felicia and other characters he can possible create. I even believe his skills can be applied to scripting good ads that he may not even be in. The man is super talented and the growth was so exponential that it can be overwhelming to handle everything coming his way. He has announced that  he is working on ‘Auntie Felicia – The Movie.’ He must be trying to raise money for that by taking on so many ads. There is also a possibility that schedule issues are the reason why he is putting out so many ads. I’m thinking its a situation where he has accepted money from many  clients, has gotten busy with other things and is not rushing to get the clients off his back.

The real solution to the problem that is boiling is for him to land a major endorsement deal that pays him enough so he does not have to take up so many small advertising gigs. I’m sure such an endorsement deal will reduce the number of ads. First of all a big company like MTN paying many millions will not be happy sharing their brand ambassador with a local beauty salon. We are watching, we are learning, Poise is documenting, and years from now, we’ll have more information to understand our ecosystem better.

ENTREPRENEURSHIP AND JOBS IN CAMEROON