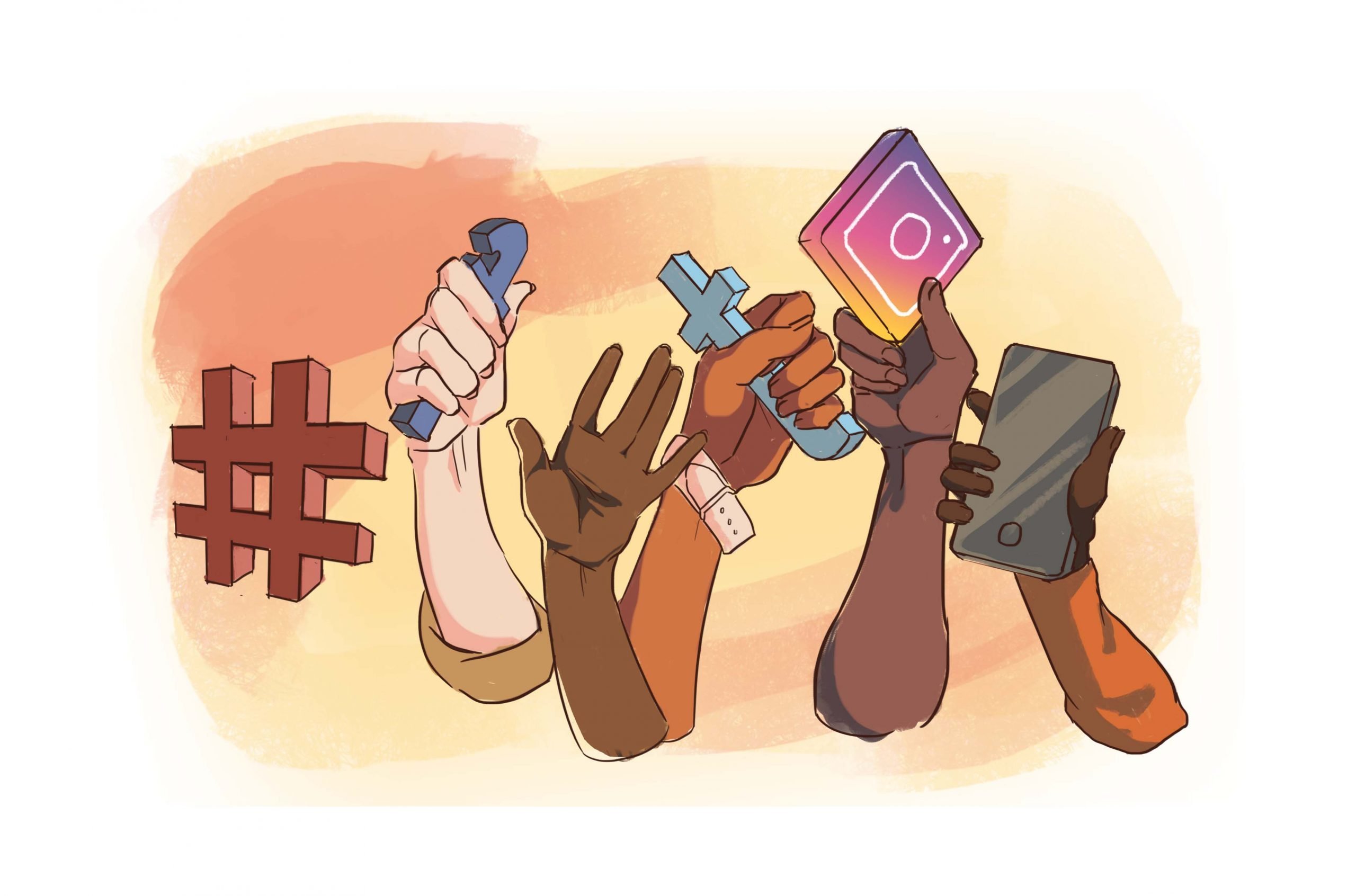 WHEN HASHTAGS DON’T DO THE JOB

The conversation went from ordinary Cameroonians voicing their discontent with a new phone tax being instituted by the government to Cameroonian celebrities being dragged for not showing any courage like their Nigerian colleagues; and the celebrities in turn pointing fingers back at the unsupportive fans who do not do enough for them to demand they sacrifice their own personal interests ‘for the culture.’ This cycle seems to repeat itself every time there is a social issue of national interest but this time around it is clear by all accounts that our celebrities have unanimously agreed that they do not wield the kind of power needed to drive change in our society.

I remember being called to be part of delegation to meet the Minister of Arts and Culture to debunk the controversial arts and culture bill.  I remember everyone being very adamant about fighting the bill until when we got into the meeting with the minister and suddenly everyone was laughing hysterically at the not so funny jokes of the minister. When given a chance to speak, I told the minister that contrary to what he claims -that the bill was to promote the arts and culture sector in Cameroon; we just came for the state run Cameroonian Cultural Center where we convened before heading to the ministry and the state of the place does not give me any confidence in what he is saying.

After the meeting, one member of the delegation asked me why I would rubbish the Cameroonian Cultural Center with the director seated right there, in what he suggested was a lack of wisdom on my part. My question was, where else should I say it? So we finally went there to rub shoulders with the minister and not to get answers and change the law.

Then came the follow up meeting and I wasn’t invited despite the fact that I was only informed  the night before the first meeting and I left Douala very early in the morning the next day and made it to Yaounde just in time to make it to the meeting. The second meeting had in attendance many people who were not part of the first, and those are the people who went ahead to sign that letter of appreciation to the president. I know for sure I would have signed such a thing over my dead body but somehow I found people making excuses for those who signed, like they had no choice.

I always say Cameroonians want Nelson Mandela accolades without spending a night in jail and that can be seen in the rhetoric many celebrities are pushing online.

They want to lead the protests if we can guarantee them they won’t get hurt physically or career wise but that is not how it works. At the same time, I can empathize with some of our celebrities who for the work they have to put in to get where they are, do not actually get that much in return. Many also come from poor backgrounds and are only trying to survive themselves. The only problem is they are usually the first to overstate their influence and it is that hypocrisy that is killing us faster than anything else. At least this time, a few are coming out clean to say “I’m not that influential, don’t count on me, fight for yourselves.”

The problems in Cameroon are so many and overwhelming that one might easily get confused on where to start or just feel totally hopeless and powerless. The confusion and hopelessness manifests itself in some of the behaviors I talked about above. When we were at the ministry, I don’t know if everyone understood it the way I did, the minister basically insinuated “It is left for you who are here to act like we want so we make you the heads of the federations and give you the power” – and trust me, that is the whole battle right now – for leadership of the federations and not for the law to be reviewed.

We also live in the dark ages where information is contraband and everyone is a conspiracy theorist. I have met kids who believe some Cameroonian urban acts have a net worth in the millions of dollars as published by some mud blogs. The packaging and showmanship of some of these acts sell dreams to these youths who for the most part are rushing into scamming and the entertainment industry without any long term plans. I wonder how many make up artists we have now. I wonder how many Butterfly Vixens are going to retire on the job. For now, it feels like something to do because there are hardly any job opportunities for young Cameroonians so they run into the entertainment industry because there are no barriers to entry.

I am driving to the point that many of the national issues are above our pay grade and hashtags won’t help us. We have already proven that we have not the courage to take to the streets anymore. We need to direct our energies to where we can have a real impact. We need to direct our energies to solving the youth crises we have here – bad education and lack of orientation. Data from 2019 shows almost half of Cameroon’s population to be below 15 years of age with only about 3.5% above the age of 65 so we definitely have some trouble ahead.   If the entertainment industry is becoming our only hope, we have to do more to make it something of professional standards that can become more profitable and create more jobs. At least at some level in the entertainment industry, we have control and if we can really work together we’ll see how our influence will begin to go beyond the entertainment industry.  We should also look at things like crowdfunding. My company actually survived COVID because of crowdfunding. We have to create platforms for thing like this. Platforms run by trusted individuals in a transparent manner and we have the technology to make this happen.

The reason we have not been able to do much is -few genuinely care about solving the problems. They actually use the problems to lift themselves; the charity photo ops and all. I have also been around long enough to know some people will never change especially those who believe they started the entertainment industry in Cameroon even though they have only been doing it for ten years. Those are the people I antagonize all the time because at a certain point, it is going to be important for everyone to chose their camp so we know and plan the fight since we can’t be all buddy buddy. I really feel awkward in this entertainment industry because today I’ll be talking to someone and they’ll be telling me how they can’t believe someone betrayed them and did this or that to them but the next day you see them writing a very warm birthday post about the same person how they are the sweetest ever. Man cringe.

Loading...
Newer Post
SEVENTEEN EXPRESSIONS USED IN CAMEROON THAT ARE HOLDING US BACK.
Older Post
GOMBO/GUTTER BLOGGING AND HOW IT GETS IN THE WAY OF OUR PERSONAL AND COLLECTIVE ADVANCEMENT

BUSINESS VS EMOTION IN THE MUSIC INDUSTRY