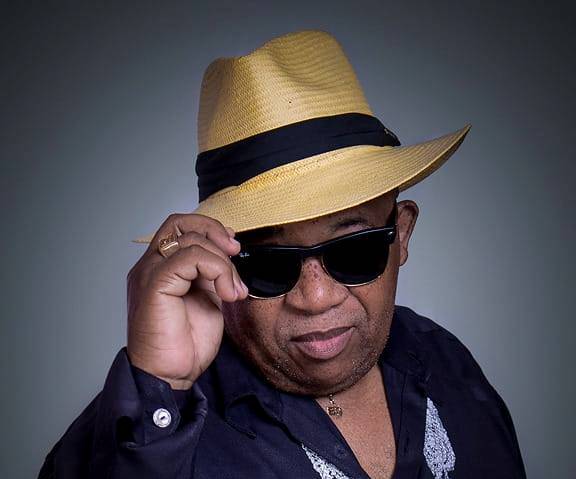 WHAT FUTURE IS THERE FOR MAKOSSA?

For most children of the 80s, makossa music always plays in the background of some their most-cherished memories. They grew up listening to it playing it in the house, in the bus on their way to school, at school “ballets,” and during the infamous chair dance competitions at birthday parties. Today, unfortunately, it seems their kids won’t have that playing in the background.

Of course, it cannot be the same makossa music, because it is obviously a different generation growing up in a different era. What I  believe they will be missing is the authenticity that the children of the 80s heard in the music of their era.

The internet and satellite TV may have brought many positive things in our lives, but we have to also acknowledge that it has chiseled away a huge chunk of what and who we are as a people musically. Mostly, it has affected the many young people who are today the most visible elements of Cameroon’s music. As much as one can love the urban music we have today and the way our distinctive version of Afropop has taken over Francophone Africa, one cannot help but feel a little itch deep in the entrails when we think that that genre of music is not exactly us.

Of course, there are elements of our traditional music from Bikutsi to Assiko in it, but sometimes it feels more “hippity hoppity” than it feels Cameroonian. It’s not hard to see that out of all the traditional Cameroonian music that has gone mainstream, Makossa has suffered the most. And it’s sad, because Makossa is THE music that opened Cameroon culturally to Africa. There is something referred to as “l’ecole de la basse Camerounise.” This is a reference to the cream of some of the best bass guitarist that got noticed in Europe, notably in France. It is an ode to how well the Cameroonian music scene produced excellent bass guitarists.

The peculiarity of this ‘ecole’ is that it is almost exclusively made of Makossa artistes – Vicky Edimo, Etienne Mbappe, Richard Bona, Jean Dikotto Mandengue, Toto Guillaume, Ntumba Minka and even Bisou Bass & Kotto Bass – many of them being all self-taught!

Makossa (from the 70s and the 80s in particular) had this nobility and purity and the music carried you away irrespective of whether or not you understood the lyrics. These people put in work and love and passion into the art form. Some of the famous names of Makossa today have been around for a long time in the background, learning the genre. If you listen to ‘Miango’ by Manulo, a song released in the very early 80s, you can distinctly hear Grace Decca’s signature voice singing backup. She was a teenager then.

Today, when one looks around, we cannot really find musicians 35 and below that are really carrying makossa in its otherwise pure form, or something quite close to it. By “pure” form I would reference a song like Toto Guillaume’s “Francoise” as an example. No doubt they are out there. But why are they not mainstream? That is a serious question to which answers need to be found.

And far be it for anyone to lay blame on the Salatiels or Phil Bills. It is admirable to see how much they do put elements of traditional Cameroonian music into their compositions already. And also, although the right to sing Makossa music is not reserved for the Duala people (Bebe Manga was Bayangi), you kind of want to look into that direction and ask what happened. It certainly goes more than pointing a finger at Petit Pays, whom I personally commend for popularising the genre and whom I personally blame too for watering it down, but also by looking at the whole picture from an anthropological, cultural, and societal-change perspective to understand the dynamics that answer the question asking what happened.

But as it stands, it is evident that things are not the same. Thank God for the likes of Ben Decca who, till today, are still giving us some of that good makossa. But after he and the others of his generation are gone, what happens? Will that sound be lost? I know YouTube will be there to archive it for us but are we ever going to go back to it?

Some comfort can be found in the fact that life is like a wheel. There is a cycle in almost everything and trends always somehow come back. In fashion, for example, it is not uncommon to see fashion trends come back 15,20 years after they disappeared. One cannot only hope that good Makossa from the 70s right into the early 90s will come back. But there is also this feeling of dread that it may not happen and with every great Makossa act passing on, that feeling grows stronger. They have played their part and have left the ball in our court. How we plan to play it is what makes me scared.

And as the makossa greats that have left this world, like Nguea Laroute, Geo Masso, Tom Yoms, Charlotte Mbango, Axel Mouna, and Hoigen Ekwalla continue their journey in the afterlife, they can look back and feel happy about the musical heritage they left behind.

And is our generation going to pay in that same currency or in a different one? That’s a question for posterity.

OF WHAT USE ARE RECORDS LABELS IN CAMEROON? 0