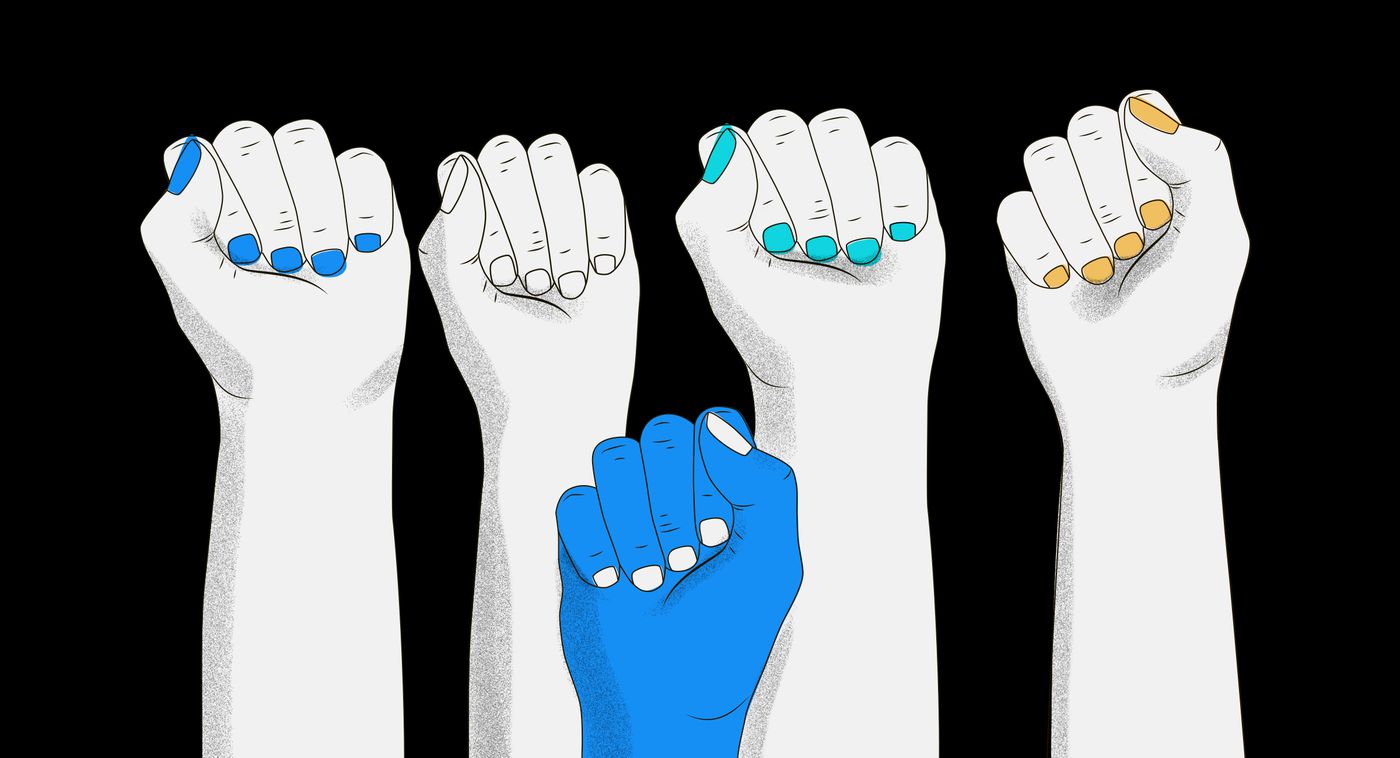 WHAT FEMINISTS CAN LEARN FROM MY EXPERIENCE WITH RACISM

If you study in the U.S, you probably know of a website called ratemyprofessor. It is a site where university students review their professors based on their teaching ability, likability, grading difficulty, physical looks etc. Before picking courses for the semester, many students will visit that site. Mostly, students were looking for the likable professors that were known to be generous with the grading. I was not one of those students. If you know me well, you would know I like a challenge so every time I went to ratemyprofessor, I was looking for the hardest teachers. Whats the fun in getting an A grade from a easy grader?

One semester, I decided to register for a sociology course being taught by a teacher that many found to be difficult and racist. Both her online and offline reviews were not great but that was great for me. It so happened that I had issues with my fees posting into the schools account so I got dropped from my classes. It took two weeks for the school to trace my tuition fees and restore my access to registration. Basically, I started classes two weeks late.

I went into my sociology class when the professor had already given two assignments and a in class quiz all of which I had missed. After the first class, I went to see the professor to explain to her why I was not in class from the first day. I then asked her if there was a possibility for her to give me some work to do so I can catch up. She refused in a very condescending manner and what she said could be summarized as “you black people and your excuses all the time.”

I was really offended by her reaction but I did the only thing I had to do. I took the syllabus and I looked at the weight of the graded work I had already missed and it was like 3% of the overall points. An A grade for that course was 93% so I knew I could still have an A grade if I did well on all the other graded work and that is exactly what I set out to do.

So what did I do. I scored highest in most (if not all) subsequent quizzes, tests, and assignments and my day did come. We had a major exam and my essay arguments were so good that the professor had to read my paper for the rest of the class. I scored a 97% or so on that exam and I think I was the only one with an A grade on it. At that point, she had found that she was totally wrong about me and I was very different from what she had known young black men to be. By the end of the course, I was getting an A grade even when you consider I got a zero for all the missed work.

After the class where I had my paper read to the whole class, the professor called me and told me she will waive the work I had missed in the beginning of the semester. I thanked her but in my mind, I was saying “Even if you give me a zero, I’m still getting an A b**tch.” I really wanted to say that out loud but I also realized that was her way of telling me “sorry for judging you wrongly.”

I want you to realize I did not do much complaining and going to the registrar or department head to complain or nothing like that. I did not go around saying oh, if this was a white boy, she would have done different and all. I just showed her I was not asking for a handout or an easy pass. All I had asked for was an opportunity to do the work I missed and I was denied but that rather pushed me to prove myself where I could not be denied an opportunity. I’m sure she will never write off another black man going forward without giving him a chance unless more black men went to her class after me and didn’t do the damn job.

So what has this got to do with feminist?

I am not saying that women should not complain when faced with injustices, I am saying complaining is they have to be more creative with their solutions and understand that sometimes the enemy to progress is within. I could have used my racist teacher as a valid excuse as to why I did not ace the course but I did the opposite, I studied harder.

In 2018, I visited Ethiopia and I was really impressed by the women there. I found women in construction sites, barbing salons, changing car tires, working as train operators etc. To me that was the face of feminism that I have been looking for but that I hardly see. That is when I came up with the phrase “feminism of entitlement.”

I believe if women start to take those less fancy jobs and do them well, we all will start realizing that they are equally competent – but when all the focus is on how gender inequality in corporate executive positions and government office we miss the point because those two places are not the only representation of power. The condition of the woman has so far improved not because men stepped aside but rather because more women are graduating from college, they are learning to be self confident and to take more risks, and because Rosa Parks refused to give up her seat in the bus while other men did.

If women want to climb the ladder, they have to build the skills because knowing your craft is the only thing that can instill confidence in you. I was confident walking into the racist teacher’s class because I knew I will get the job done in a way that her racism could not deny it and it will be a lesson for that teacher not to think black men are lower humans.

Now there are many fields in which gatekeepers really don’t exist. Imagine for example that there is a video director in Cameroon who is a woman and her work is better than Nkeng’s. Do you think people will want to pay her less than they pay Nkeng because she is woman or do you think she will charge her worth just like Nkeng? Or  if a female barber gives the best haircuts I will chose to go to man who cuts less well? Or a female photographer who takes great pictures will not get work over a male counterpart who is less talented?

Let me tell you the story of a woman who does the damn job and almost had me feeling ‘discriminated’ against. Her name is Olivia Wandji. I remember working on organizing an event and we had a problem towards the end. I gave a solution and it was outright rejected. Olivia came in during the dying minutes and gave my same solution and no one there said “but Tino had said that before.” They followed her idea like it was the first time they were hearing it.

At the time, I had just moved back to Cameroon and I had no reputation whatsoever for getting anything done. Olivia had been getting things done, organizing events and making a name for herself like a strong and inspiring woman. She was clearly more respected than I was when it came to anything in Cameroon and that is why she was listened to. I don’t want to imagine what some feminist will say if it happened the other way round; that Olivia gave an idea and it was rejected and I came with the same idea and it was bought without even an acknowledgement that Olivia had suggested it before.

I want to say you should not want be given that opportunity just because you are a women. You will have to earn it and rightfully so because it is the only way you can keep it. If we make you all presidents because you are women and we want to give you equal opportunity; and the competence is not there, you will end up spoiling it for every other woman coming behind you because you will be used to dismiss all other women just like how a few bad men have made the majority of men who do not subscribe to any patriarchal tendencies targets for feminists.

This write up in no way solves all the genuine issues being raised by feminists around the world. It is just a suggestion of one different approach to consider. Feminism is not about checking men. It is about empowering women and those two do not have a direct relationship. My friend sent me a copy of Chimamanda’s ‘Dear Ijeawele, or A Feminist Manifesto in 15 suggestions.’ I will be reviewing it completely in my next article.

MONETIZING A FANBASE AND MUSIC SALES STATS IN CAMEROON 0