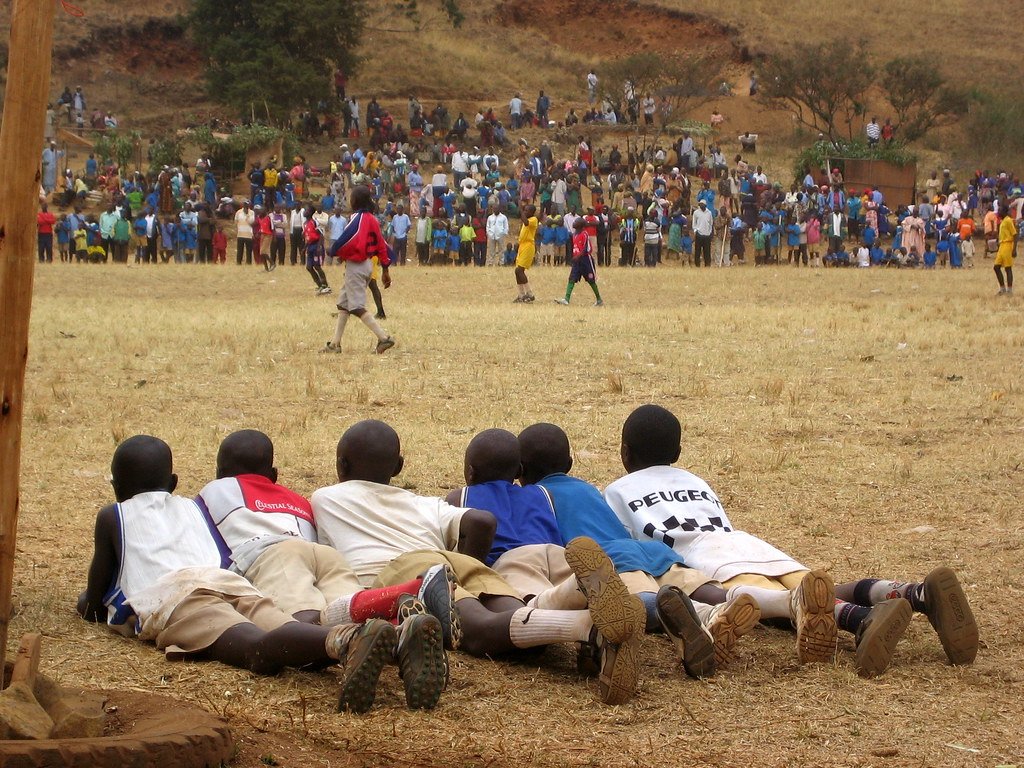 UNDEREDUCATED, UNDEREMPLOYED, DISORIENTED, AND UNDER CONTROL: THE PLIGHT OF THE CAMEROONIAN YOUTH.

We can all agree the number of schools per square kilometer in Cameroon has never been greater in anytime in the past than what we have today. We have seen a relentless push for more schooling. Every illiterate parent in the country believes their offspring will be guaranteed a better life if only they can have the education they the parents lack. Another ironic trend is the increasing lack of trust in the youth who in rhetoric have received a ‘better education.’ I see people who finish school, can’t find a job and the solution is go back for more schooling. I see schools coming up everyday. Schools and churches are seemingly one of the most lucrative business opportunities in Cameroon. Even within schools, principals are dreaming up all types of schemes to enrich themselves off the vulnerable parents and students who are scared.

I believe school has a fundamental role in the civilization and socialization of a people but the education system as we know it is a total failure and the value of our education continues to depreciate at an alarming rate. Our curriculum is not one which is designed to meet the challenges of the world we now live in, Instead of reforming our education to answer the challenges of our current reality we are reforming education by adding more hours of studying the wrong things.

I remember my days in boarding school. We had library hours, when the whole class would go to the library and you could read from whatever section of the library you wanted. We had club hours (drawing club, chess club, piano club, computer club, tennis club, etc). By form three, library hours and club hours were all substituted for more reading hours because our school ratings were and still continue to be tied to percentage passed in O/L or A/L or Common Entrance and FSLC examinations. I look at myself now and I know everything I am today I could only have become because of the three years of library hours I enjoyed. I can only imagine where I would be if we had just one more prep hour substituted for library and club hours.

We have all seen the usual marketing messages when schools are about to resume from the long holidays, banners stating performance in public examinations. In some schools, tests scores are being published in public so people can know where they rank amongst their friends and also so they can begin to have an idea of where their future success lies. By the time some people finish high school, they have already been systematically programmed into failures. Those who graduate as prized products of the system develop a superiority complex that I have also seen to hurt them socially as they grow older. Basically those who fail and those who pass still end up with some sought of emotional imbalance which is worsened as we are thrust into a society were meritocracy takes second place after all other forms of discrimination.

I was lucky to escape a Cameroonian university education but my conversations with many students especially in the Yaounde universities gives me the impression the system is designed to hold back the students for as long as possible, a tactic that can be politically and economically justified given the high rate of unemployed graduates. I remember going to make my ID card and the administrator in charge refused putting ‘artist’ as my profession opting rather for student even after I explicitly told him, I don’t go to school anymore. What’s with the obsession with school around here?

We churn out disoriented graduates every year. People that would rather be doing something else but have been forced to do something they don’t like and therefore will never become good at. I talked with some computer science majors in the University of Bamenda that have never been to a computer lab. These are the same people who will graduate and have to take jobs in another field because whatever knowledge they may have acquired on paper will never be applicable in solving real life computer science problems. Even when they take a job, they will actively make sure no qualified people get in the door so they can protect their territory.I know people from Polytech, supposedly the highest ranking engineering institute in the country, who confess to having gained zero practical education. Some may be lucky enough to travel abroad for further studies only to realize they are sitting in class with people who have been tearing down computers since the age of 8. How do you expect them to complete?

I was one of those ‘crazy’ kids. When I had to travel abroad for school, I applied to study Interior Design and when my first admission letter came, I showed my dad and his reaction was ‘I must be stupid.’ According to him, I did not even have to go to school to become an interior designer but at the same time he won’t entertain the idea of me not going to school. I ended up picking Information Technology Management which sounded more employable and more like something I could tolerate. Even though I graduated top of my class, I knew deep down, I was really just good at taking tests. I was never that passionate about it. In retrospect, if I had my way, I would have been an art major but because I performed well in both science and arts subjects, and also because of the rhetoric on prestige being associated with the sciences I went with the sciences.

Our parents are selfish when it comes to the subject of our education. Most of our parents educate us for their own sake and not for our sake. The level of education of their children serves as bragging points among their peers. It doesn’t matter whether is is out of care or love of us that they do it. Time has come for all parties to realize things are changing. The best computer programmers in the world do not have a university degree because while you are busy studying for elective courses, they are advancing their skills. Test also have a way of giving us the illusion we know stuff when actually we don’t. According to my C++ teacher, I was the best programmer but I pointed her to many students that were way better than me who failed the test because they were busy working on some program they were building for themselves which was not getting tested.

We have many high level positions in companies in Cameroon that are held by foreigners with tested expertise. Even though I hate to lay claim to my computer knowledge because I don’t like saying I know something when Im not actually that good, I can say I am still better than most people who are currently employed. I can’t count the number of times I know if I was just allowed into some company’s system, I would figure out how to solve the problem none of their people are able to solve. I can’t count how many times people have gone to Camtel with connectivity problems that have not been solved for weeks and when they meet me, I get it done in minutes.

What happens when people with inadequate skills hold positions is — a waste of resources which trickles down to affect the economy at large. We have old people sitting in offices actively fighting the implementation of new and efficient technologies because they don’t want their jobs to be taken by more qualified people — but that is wrong. I have been to offices where people type at a rate of ten words per minute. Imagine the amount of time being wasted, and you don’t need knowledge of economics to know time is money. I always say if most of these old people retire and employ younger people, we would do their years work in 3 months and pick up next years work. Our economy will boom to a level where most of them can still earn twice their current salaries as pension.

Which brings me to thinking if they are intentionally crippling us to keep us under control. I would imagine if I remember well that when we are young our parents make all this noise of wanting us to become better than them but as soon as we reach 15 and can actually know we are better than them they feel threatened and resort to tactics that undermine our competence. Even when we try to branch out and do stuff that doesn’t concern them, they have a way of coming in and steering the ship straight into an iceberg.

We know complaining is the easier thing to do but complaining rarely ever does any good. What we have to do is what I tell every young person I meet. We are transitioning into a skill based economy and we have to use most of our time to do things that can prove we have a skill and your GPA in school will never do that. The internet is the university of the future. There is more you can learn from youtube that will be more valuable to you than you may ever be able to get in any classroom. There are a bunch of free resource out there to help you become the next programmer, designer, music producer, marketer, furniture maker, etc. The jobs for which you need a high level degree are gradually dying out. Soon people will even take legal action on Facebook by tarnishing the image of the person who cheated from them to a point where he cannot get new business. So the Economists, Lawyers, Financial analysts, political scientist will hardly be needed and when and where they are needed, only the Harvard graduates will be worth the pay. Figure out what you want to do and create your won curriculum. Ten years from now, no one will look at resumes for most of the jobs you can have out there. School gives us the illusion of safety but it is becoming riskier to spend your time listening to people who will never be face with living your life. Take courage and make the move. If you decide to stay in school, know grades won’t matter.