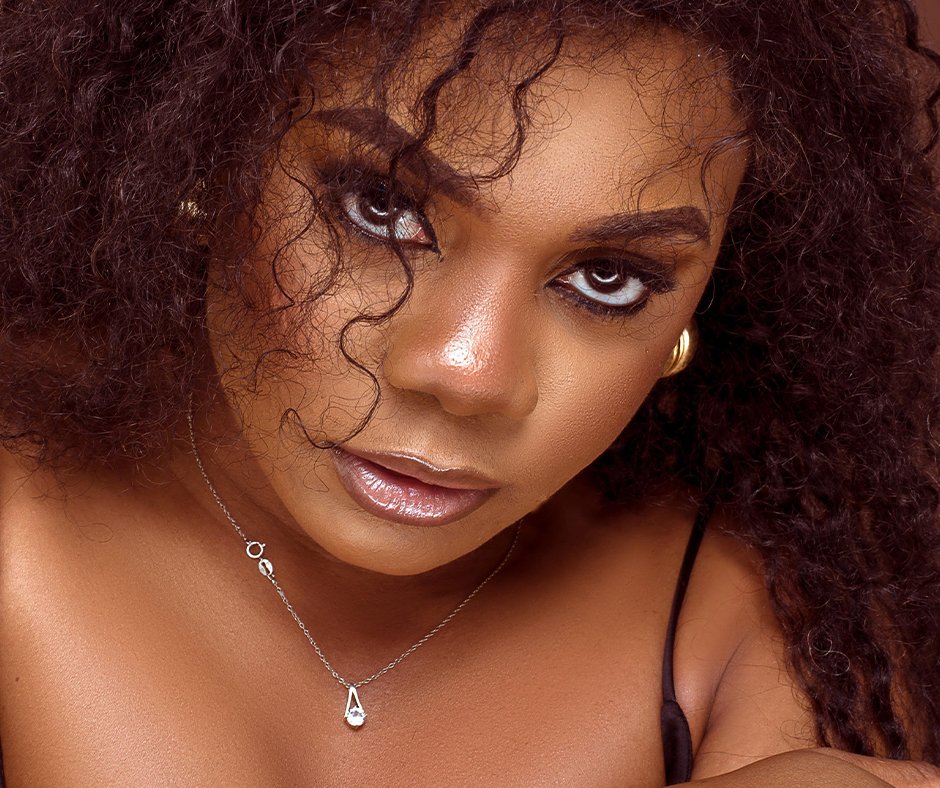 She burst into the Cameroonian music scene in December 2020 with the release of ‘One Day,’ a song that could have been a product of the likes of Grace Decca or Charlotte Mbango if they came up in this era. ‘One Day’ is slower in tempo compared to the Makossa Grace and Charlotte released in their time but that is not the only difference.

Most of us have been accustomed to Makossa being sung in Douala but Ulanda is doing it in pidgin-English and it will take you a moment to realize it. We see an artist like Sango Edi who is experimenting with a fusion of makossa and Afropop making an effort to sing in Douala. One would almost think it is a requirement for any sound that should be categorized under Makossa but Ulanda is disputing that but for one or two words here and there.

Between Dec 2020 and January 2022, Ulanda has released six songs and six music videos. That’s on average, a new release every two months which puts her in the consistent artist quadrant. We can argue that two months is the maximum an artist in this day an age should go without a release.

Despite resting on the common topic of love and relationships, she does a good job of diversifying the angles through which she visits those topics.

It is also interesting to notice the balance she is striking between pulling her own weight and signing up other artists to assist her. Of the six releases she has, two feature other artists (Tzy Panchak & Askia) who are more popular than she is. Looking at the views and reception of all her songs, you won’t find any huge difference with those in which she calls for help.

We found it hard picking a favorite between ‘One Day’, ‘Na Me O’, and ‘In My Heart’ all of which are purely Makossa tracks.

‘Ngo Ngo’ which is about the children murdered in the course of the Anglophone crisis is definitely not a song to judge and is one that seemed to be more personal to her than for career advancement.

‘You and Me’ is the one that did not get all our votes. It is actually more of a Makossa and Afropop fusion that we found to be lacking when compared to her other releases. She seems to be more natural when she is on that pure Makossa sound. The Makossa/Afro Pop fusion thing is largely still in the experimentation stage so hopefully she stumbles into something great in this genre in the future because it is definitely something to have a go at, Sango Edi is doing it. Salatiel can definitely show her one or two things too – she would definitely do justice to a remix of Pelé.

‘No Way’ is another really good song- a fusion of Afropop and Hip Hop and it only makes sense that she brings one of Cameroon’s top rappers,Askia, on board. It was also an opportunity for her to show the diversity in her messaging as an artist.

Ulanda’s music is good but we all know that in showbiz, that is the foundation and not the crib. With regards to style (fashion), she seems to be keeping it African, conservative, and classy – not taking so much risk. That seems to work well with her brand of music.

One thing artists should ask themselves when making  a song is “What is the occasion for this music?” Ulanda is definitely not going to be going on a club tour anytime soon -she is a family event artist. Putting together a band or joining one is definitely something she should be considering if she wants to start earning big from her craft.

For an artist that has been in the game for barely a year, she is doing really good musically and with her brand. We at Poise will definitely be watching closely.

Loading...
Newer Post
MONETIZING A FANBASE AND MUSIC SALES STATS IN CAMEROON
Older Post
RIGOBERT SONG MAY NOT BE ETO’O’S CHOICE FOR HEAD COACH FOR THE LIONS.