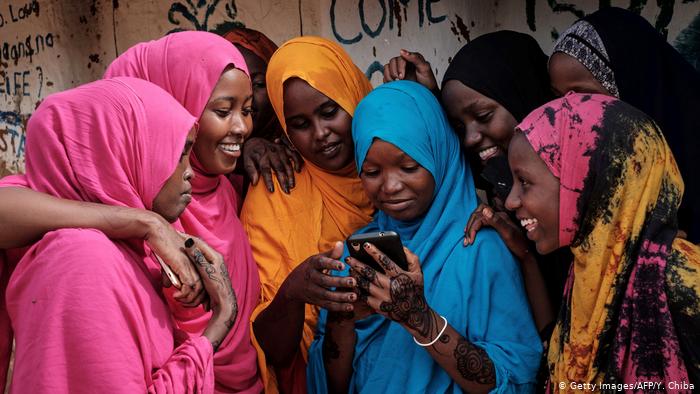 THE REPUBLIC OF SOCIAL MEDIA: WHY WE NEED TO LOSE OUR CITIZENSHIP

On February 22nd  2021, musician Wax Dey was a guest on the YouTube talk show, “The Freaky Table.”

While trying to inform the public about the behind-the-scenes action that caused the cancellation of the February 14th, 2021 Naira Marley concert, Wax Dey said something that caught my attention. He spoke about urban musicians needing to be more involved in the policy processes that organised their industry, as well as needing to understand the mechanisms put into place to effect change, if anyone so wishes.

I found that very interesting because at the time the new 2020 MINAC bill was being enacted, I  was helping an urban musician with their marketing. I sent them a copy of the bill and their very first reflex was to wave it aside, noting that they had survived in the industry that far and that much was not going to change anyway. I discussed it briefly with them to explain why it could be detrimental to them and why they needed to speak about it. I noticed that beyond that dismissiveness, they were;

1) Not able to fully comprehend the text,

2) Afraid to go online and talk about it because they believed it was a political issue and they they would henceforth walk around with a target on their back.

The thing about politics is; if you don’t do politics, politics will do you.

The syndrome that affects my dear friend above is one that is common to many young Cameroonians. We are either afraid to speak about these things, or we have given up on the notion that our voices even matter. And for those who speak, either offline or online, you have a bunch of people asking you to be careful because ‘something’ may happen to you.

But can you really blame people? As a matter of fact, no. Politics in Africa has a strong whiff of paternalism. In Cameroon the smell is quite pungent, and many young people have been held at arms length for a long time. If we look at the heads of the three arms of our government, everyone of them is, de facto, a living ancestor. I’m talking about Biya, Atangana, Cavaye (and Niat). Their median age is 83 years! We are at a point where we all collectively think we need to wait for them to all die before this country can see some semblance of emergence.

Even with football matches, we realise our pundits also have that paternalist backbone. You can watch on them on CRTV talking about senior players of the national team as “’les enfants’ qui ont bien joue.”

For that reason, we have given up on the government, and in its place, created a parallel government where we run things in a manner in which we wouldn’t have to depend on them. And this government, spearheaded by young and smart people with innovative ideas that are in tune with the global village we live in, works quite well. It relies on crowdfunding, donations from international organisations, contributions from friends and family for its financing, and on YouTube and Google for skills acquisition. It only turns to government when it needs and authorisation to hold an event or have legal status for its NGOs and other organisations.

It doesn’t bother to know that there exists financial grants and mentorship programmes for its events and its NGOs. And when it knows, it does not bother to go through that process because it is aware of the bureaucracy and of the fact that someone might ask you to give them 15% of that money before they even see it. And so it doesn’t bother.

That is how the urban music industry and a lot of other young industries perform today.

And while this parallel government works the way it does, guess what? Well, the not-so-smart people are the ones going to the government, applying for these grants and what-not, getting the money and ending up not doing anything impactful with it; if at all they even try.

And guess who writes the projects they present to get those grants from the government? – the smart people in the parallel government!

That is the cold, hard truth. I have seen people who cannot put two sentences together get 30 million in funding from the government and do absolutely nothing with that money except organise some seminars and call rounds of drinks in the quartier bar.

Wax Dey, in the episode, mentioned how people make noise on Facebook lives and think they are actually doing something whereas all they do is try to catch the wind with bags.

Now, in this day and age, we cannot dismiss social media advocacy. If we take the example of the #EndPhoneTax, we can see how that worked in our favour. But the question to ask here is HOW MANY people read documents that explained the legal precedents for WHY that law was scrapped off? Because, most people don’t know it, but that law was not scrapped off because of its unpopularity and the noise made on social media, but rather on the basis of its illegality in using communication credit as a legal tender (money).

Our advocacy on social media will only really be impactful if we learn to understand the laws of the country and if we learn to understand how things work outside of social media. Many urban musicians have gone online to ask for 80/20 quota on Local/Foreign music. But how many of them have sought to use their influence to visit their parliamentarian and present this issue as a first step to having this voted into law?

Crickets in the room.

There is a big world outside of social media. Our daily presence on these platform sometimes blinds us to the fact that the world does not start and end there. We are all citizens of Facebook and Twitter and Instagram; but every now and then we need to learn to lose our citizenship and face things squarely, armed with the right knowledge and following the right process – as things should be.