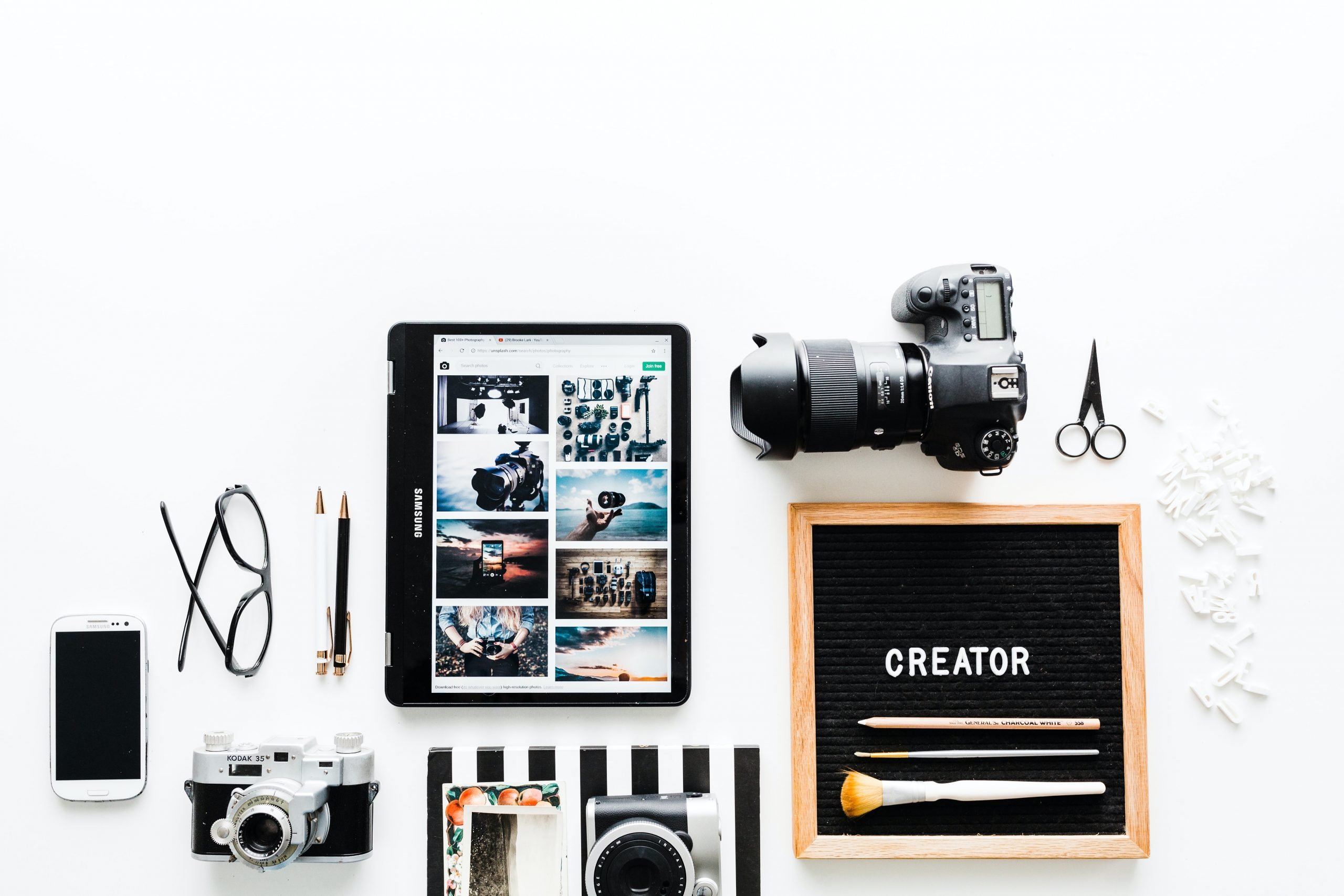 When we talk of the arts and creative industries, many people tend to think of the more prominent and front-stage roles like the performing artists, actors, music producers, and video directors. I want to write about opportunities that I think we are not exploring; opportunities that we neglect or do not see in their true magnitude. What is happening is that many people are are trying to operate in the business with the mentality of the consumer they once were. We have thousands of people calling themselves artists but most consumers are only aware of a handful – the celebrity artists if I can call them that. When one of those consumers then decides to get into the music business, they are trying to become what they know whereas there are many other opportunities their talent can take advantage of within the industry. Even in the more prominent career options aforementioned, there is a need for divergent thinking because as opportunities now abound, the competition is also stiffer.

During my stint in music, I considered designing a career in music that did not include any live appearances. Tell anybody that and they will look at you like to say what is he thinking. There is no shortage of literature on the fact that live performances  are easily the largest revenue generator for musical artists. We can all bear witness to the cries of performing artists since the outbreak of COVID, as a result of many cancelled shows. Most artists had their power off for a good part of 2020 trying to figure out alternate revenue streams. In a country like Cameroon, many artists finally got to thinking about publishing and other revenue streams they had previously neglected or been intentionally ignorant about. When I look at an artists like Jovi who has arguably, compared to other artists of his class, the most extensive catalogue; I can only imagine the future value of such a discography. We just saw Locko feature on the Coming 2 America music album. Which bring me to the are where I believe the most opportunity actually lies- the movies.

We are all the in the knowing of the two Cameroonian movies that just made it to Netflix; The Fisherman’s Diary and Therapy. I will like to assume they got on there in a revenue sharing partnership with Netflix and the distribution company that brokered the deal, unlike Genevieve Nnanji’s Lionheart  that got acquired by Netflix. That is just to say there are deals like what Genevieve got out there for the person that  presents the kind of work deserving of such deals. The fact of the matter is that Africa still has the most untold original stories. I still believe the best Coming to America story cannot be told by Hollywood, as in, coming to America as seen in the eyes of Americans but rather by us Africans as lived by our own experiences. If that is far fetched, I will like to think of the story of a man like Tasha Lawrence, the man behind the creation of Amity Bank which is now Banque Atlantique. The story of how he put together what became one of the biggest banks in Cameroon. How he went on to start Kumba Strikers, a football team that just four years after its creation won the National football league, how he championed development of his community and the role he played in putting the current Fon of Nso on the throne and how all of that happened then crashed and burned to the ground within a 10 year time frame. Who is going to fill in the blanks in ‘Je suis dans l’eau’?

I am still to watch The Fisherman’s Diary but I have read one or two reviews that reflect that it is the closest thing we have had in relation to the kind of stories I think we must tell if we want to gain recognition and sell in the international movie markets. Like one other reviewer I take movies that have a sociocultural motive with a bucket of salt. Kang Quintus was invited to be a panelist at a Harvard Graduate School of Education talk on Keeping girls in School. When people do movies like The Fisherman’s Diary and Saving Mbango, they have such opportunities in sight. In fact there are quite a lot of things being done in Africa today with the NGO and social cause placard in hand. I don’t think movies should always have a lesson or be tied to some cause, they should just be well told stories either fictional or based on a true story.  That said, I am also of the opinion that ‘based on a true story’ type movies stand a better chances of exporting African entertainment to the world and there are so many of those stories that just need the right environment to be told in.

My goal here is to open the minds of our creatives so they can see different applications and ways of using their art for economic benefit. For a long time, I have been searching for someone to do covers for PoiseSocial articles. As someone who is very appreciative of talent, I know I am not able to afford the skills I am requesting. Some people have charged me 5,000 FCFA per cover and we are talking about over 10 articles a week when we are fully engaged. We do not make any money from this platform as of now for me to be able to afford that even as I think it is a fair price. I have still not been able to convince someone to take shares of the platform in exchange for doing the article covers. I am heavily inspired by The New Yorker. I wait for every cover of the magazine like one waits for the nest episode of their favorite TV series. I even saw myself going back to try to develop the drawing skills I once abandoned but soon reminded myself again of the fact that I can’t do everything. So for now, I am still looking for someone, trying to make the money so I can pay someone, and encouraging more parents to help their kids develop such creative abilities if they identify them instead of canceling drawing club like our secondary school principal did to replace that time with more GCE prep hours.

I previously talked about Locko getting close to having his music in Coming 2 America. Think then of music producer like Dj Khaled who can probably not sing to save his life or write a rap verse to save his son. In Nigeria, we have Larry Gaga, we know the name, and know some of his songs and if I’m not mistaken he has a record deal with Universal Music. His wikipedia page says he is a songwriter, recording artist, music producer, and record label executive. I am yet to see a song in which he is actually singing and I doubt he even makes the beats for the songs. What he does is basically, get a beat, get an artist to drop on it, then pay for a video and then promote the song. His song ‘Owo ni koko’ performed by Umu Obiligbo was also on the Coming 2 America music album. I’m sure he has a deal with the artists where they get the right to perform the songs while he reaps most of the benefits that come with owning copyrights to the song – benefits from sync deals etc. This is something people interested in NFTs should be thinking about. This can also help you understand the difference between being a music producer and and beat maker. This in fact a record label business model that I believe will work in the kind of ecosystem in which we exist. So instead of signing artists, you just buy and redistribute songs.

I am writing this article from a worksite as I supervise my workers. My company does remodeling and interior design and we just got a small contract working on remodeling a restaurant and sports bar. I have commissioned an artist to design something on some of the walls of the structure. Usually, this artists is trying to make paintings and sell them but here is just one other revenue stream I am presenting for them that they can explore. You have graffiti artists like KAWS, and Futura who have worked on collections with Nike. Again, my goal here is to present the wide scare of career options and possibilities than exist with the various artistic skills we posses. The KAWs x Nike example now brings us to fashion – where there a lot more other opportunities that are being overlooked.

My friends Chavez is an interesting guy who does many things besides a good job raising his three year old son Biko. He is a music producer that  only staunch Jovi fans might know of. He co produced Jovi’s song ‘Volvo.’ He is also the famous camairdroneboy. I cannot count the number of times he celebrates an email from blackbox telling him one of his drone images just got licensed for $30. He has one of those almost every other day I visit him. There is a market for stock footage from Africa, a huge one. Our video directors here are not strangers to being stock footage. Nkeng Does it, Ada Akenji does it, Teccno Brain does it. Magasco has stock footage of an orange Ferrari in his latest music video. Just like we are looking for stock footage for things we cannot find in Cameroon, there are people in other countries looking for stock footage of things in Cameroon which they cannot find in their own countries. Chavez also gets those emails for his beats and music. Sometimes, someone is buying just a melody he came up with and sometimes, some is buying one of his soundtrack music. So as a music producer, you should not only be trying looking towards getting an artist to drop on your beats. Philbill will probably charge 500k for a beat now. If you upload  a soundtrack you made on a platform like Pond5  and price it non exclusively at $10 dollars, it may sit there for ten years and in that period generate you more than $5000.  You can do the same for an after effects template.

I can go on and on with various skills but I believe at this point that you have understood to look at the various opportunities that exist for people with your creative abilities and not only focus on the more prominent revenue streams that we have known in the past. So you think you can design handbags but you don’t have the tools and facilities to produce them, why not shop your designs with manufacturers, why not even invest in prototyping the design and get a deal that allows you to share the profits with the manufacturer and retailer.

The one thing that can get in the way of all what I have proposed here is our inability to see the bigger picture and to maintain a high level of professionalism in our dealings. This is in fact a call for us to elevate our thinking and adopt a better perspective. It is a call for us to stay ahead of trends and stop playing the game by old and irrelevant rules. It is important that we learn to make better connections between ideas.

Photo by Brooke Lark on Unsplash

THE QUEEN IS DEAD. LONG LIVE THE KING? 0