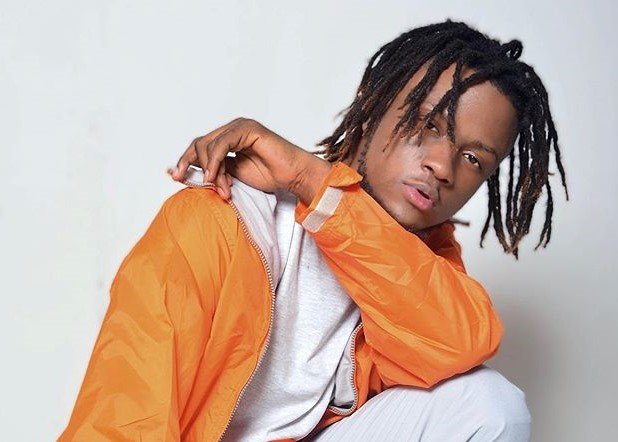 Increasingly, we have been hearing about the music business also being a content business. As social media has brought fans closer to their idols, we can see in real time what these celebrities do and are developing; in their private lives, in their music career, and in their business moves.

Social media easily tells us that Blanche Bailly is expecting a baby via a video, on 237Showbiz, of her dancing and rubbing her stomach, that she is about to release an EP via an announcement on her Instagram account, or that she is reupholstering her hair salon, thanks to snaps that she also posted to Twitter.

A lot of the times when we talk about the music business being a content business, a lot of people both in the industry and out of the industry think of the said content in that light only. Stuff you put out to let people know you are here. Does it hold its merit? Of course it does.  But the merit can only go so far.

For example, the video of Blanche Bailly dancing and rubbing her stomach got 3.9 million views on 237Showbiz alone. It created chatter on the internet that lasted for a few weeks. It’s not far-fetched to think that Blanche and her team could have exploited that in many ways, perhaps beyond the baby shower she did in the aftermath of that video, and the letter to her unborn baby (great idea by the way!).

I can think of a couple of examples, but perhaps that is not in her plans – the evidence being the baby has been shown just once on social media.

In Cameroon, the notion around content for music runs parallel to this line of content creation. It is either Skrrrr TV-ish or going to social media to intentionally drop a controversial opinion about a trending topic, with the hope that bloggers can pick it up in a screenshot and post to their platforms. And unfortunately, it has created more noise than genuine culture moments worthy of being pinned up on the hallways of music history.

It is not uncommon today to hear about up-and coming artists’ opinions more than we hear about their music. And the comments section is always full of the-almost-existential question – “na who this too sef?“

In an earlier article on the topic of the content business/music business, I had cited the example of Beyonce.

Beyoncé released her last solo album in 2016 (Lemonade). In that time, she has done two concert ours; “The Formation World Tour” and the “On the Run II Tour”  which were released on DVD.

In 2018, she headlined a very much-publicized Coachella Music Festival show in which she negotiated all the rights to her image. Every bit of her performance filmed belonged to her. This is because she was preparing a documentary titled “Homecoming.” This documentary, which documents her journey to the Coachella performance, was released in 2019.

Later in 2019, the “Lion King” collaborative music album was released; in which featured Salatiel. A week after, a 40 minutes documentary titled “Beyoncé: Making The Gift” was released. The documentary was a ‘making-of’ documentary of the album.

In 2020, she released a musical video film of all  the songs in the “Lion King; The Gift” album.

So between 2016 and today, Beyoncé has released one solo album, one collaborative album, two documentaries, two concert DVDs and one music video film. SIX unique pieces of content amongst which is just ONE solo album.

The argument you might be going towards right now is money. You would say  Beyonce has a money machine behind her and she can afford to do all that. True. But beyond the money there is a first of all, a strategy. And when you have a strategy, sometimes all you need is a phone camera and a creative idea to create great and memorable content.

If we take just the example of the Homecoming documentary, what we need to see as strategy is the continuation of the positioning of Beyonce as a BLACK American music icon. That is why her documentary was titled “Homecoming,” a theme very familiar to black Americans via historically black universities like Howard University. She also had a black university band on stage with her, and even the clothes she wore on set had insignia reminiscent of black university fraternities.

But enough about Beyonce.

When we come back to Cameroon, one of the, if not the most interesting example of a content strategy I have seen that is tied to music is the one by musician and producer Sango Edi, aka Draeboii.

On March 12, 2020, Sango Edi released a really, really beautiful piece of music titled ‘O’Dodi’. The video on the song was published to YouTube that day. The immediate feedback was great, and the music spread organically on Twitter, particularly in the Anglophone community.

O’dodi which means ‘you are beautiful’ in Duala, encourages people to rise above their insecurities, to understand that beauty is only skin deep and that people are beautiful in many ways. It calls on everyone to embrace their mocked differences and to live fuller lives. It is in line with the current zeitgeist of mental wellness, and whatever you may think of the theme being cliché is made up for in the beauty of the song.

But the more interesting part is how Sango Edi aligned his content strategy for that song. What he did was simple. He brought together some of his colleagues in the industry and created a less-than-two-minutes interview series where these people talked about some of their insecurities growing up, and how they overcame them.

Boy Tag talked about what it was like growing up with albinism. Mr Leo talked about being a child and having the singing voice of an old man and being mocked for it. Salatiel spoke about being called ‘frog eyes’ and feeling insecure about it, radio personalities Bonas Fotio spoke about how working at a radio helped him overcome stammering and Eva Sobila, on her part, spoke about overcoming suicidal thoughts. And finally rapper, Big Game, spoke about being born with a medical condition that makes his head shake uncontrollably.

This interview series, called “Self-love journey,” adds a strong, tangible and very human layer to O’dodi. The music actually comes to life – real flesh and blood as you see it and hear it in real people. It also strips off the celebrity skin of these people and shows a vulnerability that everyone, you/me/them, has.

Now, people who have listened to the music and love it get to remember it beyond a skin-deep level because of the storytelling – the personal storytelling – that walks in line with the music. Big Game’s story particularly touched me personally because I have watched a couple of his music videos and never noticed he has that condition.

And going back to the music business itself, this is a great and simple way of leveraging the following and the fanbase of these fellow colleagues. Salatiel shared the clip of his interview to Facebook. Every comment on that post was positive, and tied to the theme. The clip got almost 7,000 views, and no doubt a good number of them clicked on the YouTube link Salatiel also posted, to watch the music video.

That is strategy. You don’t need Beyonce money to do that. All you need is a phone camera, a clip-on microphone, perhaps, a ring light – and of course a good idea.

And this strategy goes beyond an internet buzz, it goes beyond a trend and it goes beyond screenshots. This is perennial, and the people who have watched the series have more meaning to cherish the music and to ACTUALLY see themselves in it.

The music business is a content business. But a content strategy that is geared towards sustainability is what truly gives it its weight in gold.

THE REPUBLIC OF SOCIAL MEDIA: WHY WE NEED TO LOSE OUR CITIZENSHIP 0