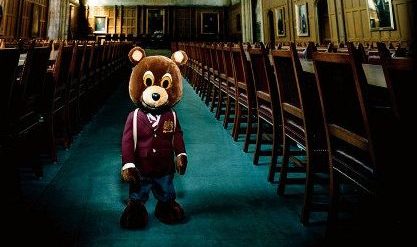 THE CULTURE COMFORT OF A CLASSIC ALBUM

I am not a walking encyclopedia of Hip Hop or music in general. I literally don’t know the verses of even the most popular songs. Part of me never wants to actually remember lyrics because I feel like they interfere with future listenings of the song or maybe the lyrics of most songs don’t really speak to me. Do not then be surprised that I do not know the order in which Eminem released his albums not to talk of even knowing all his albums top of the head. I do not know how many albums 50 cent released or PAC or NWA or Mos Def. I most definitely do not know much about Mc Hammer other than the fact that he blew his fortune.

I only learned about Krotal after Jovi and besides Koppo and the famous XLM squad, I don’t think I knew anything about Cameroonian urban music before leaving Cameroon. Good thing we live in the internet age where most of these things can easily be looked up and thanks to people like Wandji Wilfred, some of Cameroon’s urban music history will not be lost. That said, if  there  ever was a test on any album that I will pass, it will be a test on Kanye’s ‘Late Registration’ album or The College Dropout or Graduation.

I only listened to Late Registration about two years after it was released but it is till date the album I will take with me on a journey if I had space for just one album. ’Late Registration’ is not only a classic album in my books and I am sure it has done for others what it did for me or even more and that is why many people consider it a classic album. In fact, I think my life would have been a whole lot different in a good way had I listened to that album the year it came out because I was in a position where I badly needed the voice in that album to tell me, it is OK to be different and being different (or being yourself) is actually a goal.

The College Dropout (Kanye’s first studio album) diverged from the then dominant gangster persona in hip hop in favor of more diverse topical subjects for the lyrics. Late Registration which came after was similar and the same can be said of all of Kanye’s music arguably up to his 8th album (7th solo). For the first time, I started to relate to rap music on a personal level.

I loved and still love rap music but I never saw myself in a rapper until Kanye came around. For the first time, I actually started paying close attention. I listened to the album when I just moved to America in the early years of my adulthood.  I was already having to deal with consumerism, racism and all the other isms that a black boy from Africa living in America had to deal with. The music was basically chronicles of a black boy from a middle income family living in a world with stereotypes, questionable social institutions, dying humanity and isms – all things I had to make sense of at that stage of my life. My favorite song on the album ‘Bring Me Down’ still lifts me up when I am faced with people trying to sabotage my personal growth efforts. In ‘Diamonds from Sierra Leone’ the concept of globalization begins to have more meaning to me when Kanye raps:-

When I know what are blood diamond?

Though it’s thousands of miles away

Sierra Leone connects to what we go through today

Over here it’s a drug trade, we die from drugs

Over there they die from what we buy from drugs”

It is not only the lyrical themes that make the album a classic but also the sonic space. When I listen to the album and most of Kanye’s earlier work, I feel like I am listening to at least 50 years of music condensed into one project and given the face of today or the particular times in which the songs were recorded. It is like you hear the voices of musical legends past in the sound which is built off of sampling old music; a style of music production which Kanye popularized.

I might still get to a point where I feel like going back into the studio to record a full project like an album or EP. I cannot say becoming a musical artist was my lifelong dream but I sure did entertain it when I was young, even coauthoring a song with my older sister. The chorus to our song was basically the little we know of our dialect. It was the first song I ever wrote and I don’t know what prompted us to write it in our dialect since at the time, we hardly listened to any traditional music.

It had to be my preteen days when I wrote that song. Years later, after obtaining my bachelor’s degree, I realized I had learned a lot about technology and business and politics and social sciences but I had learned nothing about myself. I wanted to find myself and for some reason I felt like I could only find myself by making music because Kanye in his music had given me a prompt through which I can examine certain aspects of life and my life. One can argue that it was really the only ‘productive’ thing I could do with my time given the context of my life at that moment.

I have gone on to produce and record scores of songs; releasing and unreleasing a few. I now do music as a hobby but in writing songs, I have learned a lot about myself. The Kanye albums I mentioned here which are all classics helped me make sense of a certain period in my life and made me know I was not alone in the questioning I was doing about life and human relationships. Those albums were comforting to me and continue to be till date. Those albums made me realize my story was a valid one to be told. I now tell my story in a different form but without that music reaching me, I would never have known I have a story to tell.

In our context, Jovi’s H.I.V album is the one that comes to my mind as a classic. I had just started recording music two years before the album came out. Rap seemed to be a dying breed of music in Cameroon. I was into rap and in no place in my mind was I thinking my music was meant for the audience I had left back home. When Jovi dropped, that changed and even catalyzed my move back to Cameroon to continue working on my music. My hope was that coming to Cameroon will help me find the root notes to my music but the reality of a broken entertainment industry and society prevailed ( story for another day).

So to me, what makes a classical album is beyond the sound. It also involves the cultural influence and the stories that the music stops from vanishing from our memories. I can only wish for a 19-year-old, 20-year-old today to be able to discover whoever their Kanye West is and fall in love with an album and an artist. I can only pray that more artists have the opportunity and freedom to make the music that is within them and not what is without them because it is that music that is within that carries the knowledge and potential to impact lives truly.

Loading...
Newer Post
THE BEST WAY TO PREDICT THE FUTURE IS TO CREATE IT
Older Post
HOW YOU CAN EARN SOME INCOME AS AN INFLUENCER IN OUR CONTEXT