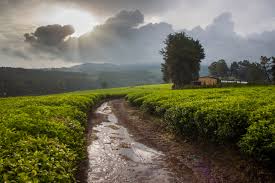 I have an article that has been sitting in my outbox for a while. I am sure many people are going to like it because it is one of those very personal articles. If living your truth was a thing, that is what I am trying to be and that means accepting my past. Accepting your past sometimes means doing the one thing that many don’t want to do which is bringing that past to the light. The article I am talking about reveals a lot about the relationship I had with my mom growing up. I tried to use that experience to make an argument for why I and many other Cameroonians were shorthanded on education.

You’ll read the article but by the time I finished it, I realized I could not blame my mom for the things I wish she knew better about raising her children because if I do that, she can conveniently pass the blame to her own mother who probably knew less about raising my mom. That let me to thinking a bit further and then I was reading Alan Watts and he touched on this idea of passing the buck and it inspired me to write this.

I find that we live mostly in the past or in the future in this country. Many of us reminisce of a past which we weren’t even part of or old enough to full appreciate. I am talking about the time of Ahidjo when Cameroon was giving aid to Singapore and Cameroon Airlines was Africa’s most prosperous country of the sky; the time when Cameroon was on its way to becoming one of the world’s architectural havens; the time when Makossa was the ringtone for Central and West Africa, and the time when Roger Mila made Cameroon the talk of the World Cup.

It is either that or a fussy image of a future when we return to glory and I think that narrative exists for the entire African or black community. ‘We Are Kings and Queens’ is one tagline you should know all too much about and many of its offsprings. The fuzzy future painted in Wakanda. You agree with me that transforming the power of colanut and palm wine into vibranium is well in our distant future when you put our present into consideration. That picture of Wakanda is more for the highly educated African with significant exposure to the world. For a vast majority, that fuzzy picture has owning a home a decent car and you can chip in health and life insurance as an afterthought.

We do live in an era where we there has arguably never been more information and better access to that information. My parents will say things like, “ We gave you an education our parents could never afford.” Ironically, they say that in response to me doing something they think is wrong. I always hit them back with “This thing you are saying I am doing which is wrong happens to be informed by the ‘better’ education you admit I have.”

My parents dreamed of a future for their kids but that future was not created in the future. It was created moment by moment. The moments when my family went hungry because my fees had to be paid and the moment my parents opted for a home teacher over a video game. It was those moments that created this future. This future is therefore created in those past present moments and it could have been different if different decisions were made in those past present moments.

I feel like we are mostly waiting for a better future forgetting it is created in the now. We want to hold up on being self accountable until one man in Yaounde dies and everything will finally be better. We have ideas and businesses that only need some future change in the government for them to finally see the light of day.  We assume there is a future in which African leaders will know better forgetting we ought to know better now. We underestimate the power of now over the power of the past and the future.

I want you to start to think about where the buck stops as Americans would say. When you start thinking it stops with you, you being to live more in the present and you begin to do the things that will make that future what you dreamed of. That is why everyone has to want to be president. I think that is one of the dream jobs that makes you think daily of what you have to do NOW.