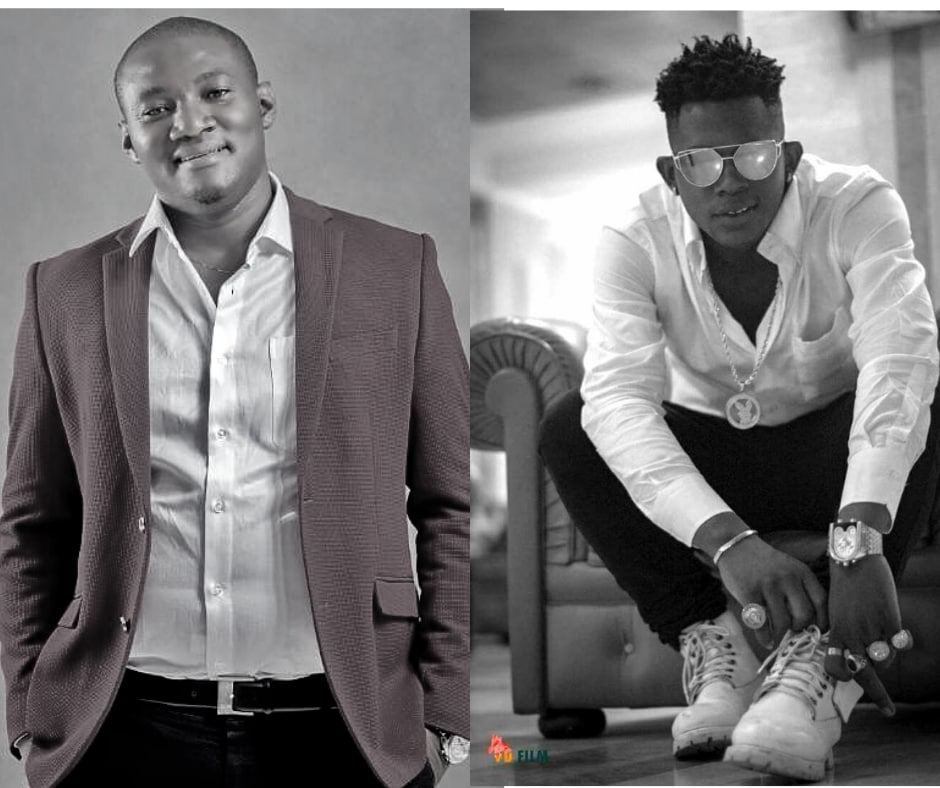 On July 15th 2021, Cameroon woke up to the news of rapper, Tenor, being hurt in an accident. His car had crashed and burst into flames in the wee hours of the morning. Three occupants were extricated from the vehicle before it went aflame. Tenor, his driver, and a young lady who, unfortunately, passed away according to a statement put out by Tenor’s manager.

Cameroon social media, as one would expect, was aflame with the news, and over the course of the day, information about the accident began to trickle and we got as much as we could about the entire sad situation.This of course was fodder for the likes of Steve Fah who with an alacrity that should surprise no one, announced he was going to do a Facebook Live addressing the issue at 7pm.

To discuss what about it exactly? That was what I asked myself.

At 7pm as announced he went live, wearing a grave demeanor and sunglasses, no doubt to accentuate the theatrical performance he was about to give the 250,000+ people so far that have watched the Live. In the 12 minutes that the Live lasted, he did not address any of the issues he had announced he would during the Live i.e.- where the occupants were all going to at 5am; why Tenor was driving; where the driver was; where the occupants of the car went to after Tenor’s show, where Tenor’s manager was, and at what speed the car was moving when it crashed into the roundabout.

Steve Fah, a real-life Inspector Derrick who was going to answer questions that no one really cared that much about as could be seen in the bitter verbal lynching in the comment section of his Facebook Live announcement. Instead, in a paternalistic tone that was aimed more to put himself on a pedestal and at the center of the story than anything else, he called out members of Tenor’s team and asked them to watch over Tenor. He mentioned that they had been at his house before and he had told them to watch over Tenor. In a plea reminiscent of the sycophancy that is typical of African dictatorships, he suggested that Tenor is a treasure that we must all come together to protect.

A rather egregious demand to his audience, as if they weren’t troubled enough with the quest of their daily bread to have the time to hold hands and sing kumbaya, asking for the most high to protect Cameroon’s erstwhile rap champion. But we live in an era of Stan Culture and while that image may look ludicrous to some, it is not far-fetched in the least.

And so the Live came to an end and we all learned nothing new except for the fact that the great Steve Fah had sent an assistant with some money to the hospital to help with Tenor’s medical expenses. Nevermind that no one had asked that favour of him. At least as an artist signed to a prestigious label like Universal, he must have some solid insurance coverage since jumping off stage into the crowd appeared in his job description.

Social media has grown beyond what we had imagined it would ever be. I daresay Mark Zuckerberg himself sits in his room sometimes and wishes he could go back to 2003 to his dorm room in Harvard, and erase everything that happened the night he started Facebook. He would be without his billions, but he would not carry the weight of 2.85 billion people on his platform, along with the cacophony and tomfoolery that comes with it.

What started as a game for comparing girls based on their pulchritude, and then connecting students from select campuses, and then moved on to connect family and friends over a virtual network has now become a ghoulish newsstand of unverified information, a podium for loudmouthed CEOs with fabricated resumés and savoir-faire, and an appointment room for psychological lynching.

In the African social media space, especially, it has become a breeding ground for what I like to call Virality Vultures. Men and women, young and old who live, breathe and exist to do Facebook Lives and comment on every piece of viral information that even just as much as fleets past social media. They theorise, turn information inside out, give half-baked opinions that skirt the thin line between fact and fiction, just so they can be part of that viral moment – even when they know absolutely nothing about the issue at hand.

And Steve Fah is the worst of them.

We are talking about the guy who fed and fattened the cow that was called Grand Barack and served it to us on a musical platter, giving our tympanums a hard time in the process. We are talking about the same guy who just two days after the Kumba Massacre of October 2020 went on the site of the killing with a filming crew and reenacted the hideous and brutal killing of school children as content for his YouTube page.

His fervent supporters will tell you that he has helped people make something for themselves after their viral moment. Really? Like making a musician out of Grand Barack? Someone who he has had a falling out with and has seen his moment in the limelight dim out? Or like Grand Pekano (Mon ami Masamo) who he took round Yaounde on a begging spree under the guise of receiving farotage from a number of businessmen in the city? Or the problems that arose over purported mismanagement of the money that was contributed for Petit Fally, a child on the autism spectrum, whose problems are far beyond what was contributed for him?

Under the whitewash of good deeds, lies a sinister desire to be at the center of attention and amassing following. Like the song ‘Mbamba’Esae‘ which translates as ‘Good deeds’ Steve Fah’s actions that may go in the direction of his vindication are nothing but a cheap and sanctimonious ruse to buy some counterargument to the complete lack of tact and sometimes sheer empathy that he often exhibits.

And he is not alone. There are many of them. Not just in Cameroon but in other countries as well. There are people like Flore de Lille, Aicha la Kamoise, and one from  Cote D’ivoire I discovered on the spur of Tenor’s accident. One Camille Makosso, a pseudo man-of-god whose title for his Facebook Live surrounding Tenor’s accident openly alluded to a ritualistic killing.

All these people operate in what I call the Economy Of Buzz. They thrive and grow in an environment where they can catch wind of every viral issue that blows by and then make a storm in a teacup of it. That is the economy, and the currency is our attention.  And the more we give them attention, the more they grow in power and in a thwarted relevance.

Tenor’s accident happened and we are yet to know all the crucial facts about the accident other than the more general facts we are currently aware of. But these viral vultures have theorized and taken every iota of what is known about the accident to make blanket statements and assumptions about the whole situation – none of which will help any of the protagonists in the long run.

This is not to exculpate anyone, but it is to say, we need to know to wait until all the facts come out from the right channels.

The Economy of Buzz, unfortunately, does not follow such rules. It works on a first come – first served basis, and whoever has the slightest information rushes to talk about it with all pomp, without forgetting to hyperbolize it all; because after all, the currency is attention and how long you can keep people watching when you have just one bit of information merits a special public-speaking ability.

But the Steve Fahs and Flore De Lilles are just a symptom of the problem and not the cause. They are a reflection of what one would aptly call “une jeunesse en perdition.” A young African generation abandoned to herself and robbed of critical thinking in her curriculum, and for whom every means of entertainment has been destroyed save for bars and restaurants.

When they don’t have much else to do, they rush to entertain themselves on things that do not make social progress.  It creates an illusion of existence whilst the people at the helm of the ship keep robbing them blind. It is a trick as old as the gladiators. It is the wheel being re-invented. While the spectators watch the bloody mess that goes on in the arena and scream in support of their champions, the senate continues enriching itself and bad governance spreads through Rome like cancer.

Except that this time around Facebook is the arena, and Steve Fah, as much as he thinks of himself as a gladiator, is no Maximus Decimus Meridius. He is there to keep the show going and to save anyone, not least himself.

What we all need at this point is discernment. We need to learn to turn our attention somewhere away from the arenas. The Viral Vultures are growing at an alarming rate. Today we watch as Tenor is the reason why they circle the sky. Tomorrow it will be our carcasses that they feed on.

IS TECHNOLOGY KILLING OUR CREATIVITY? 0

DIASPORA CAMEROONIAN URBAN ACTS: HOW SUCCESFUL CAN THEY BE AT HOME? 0