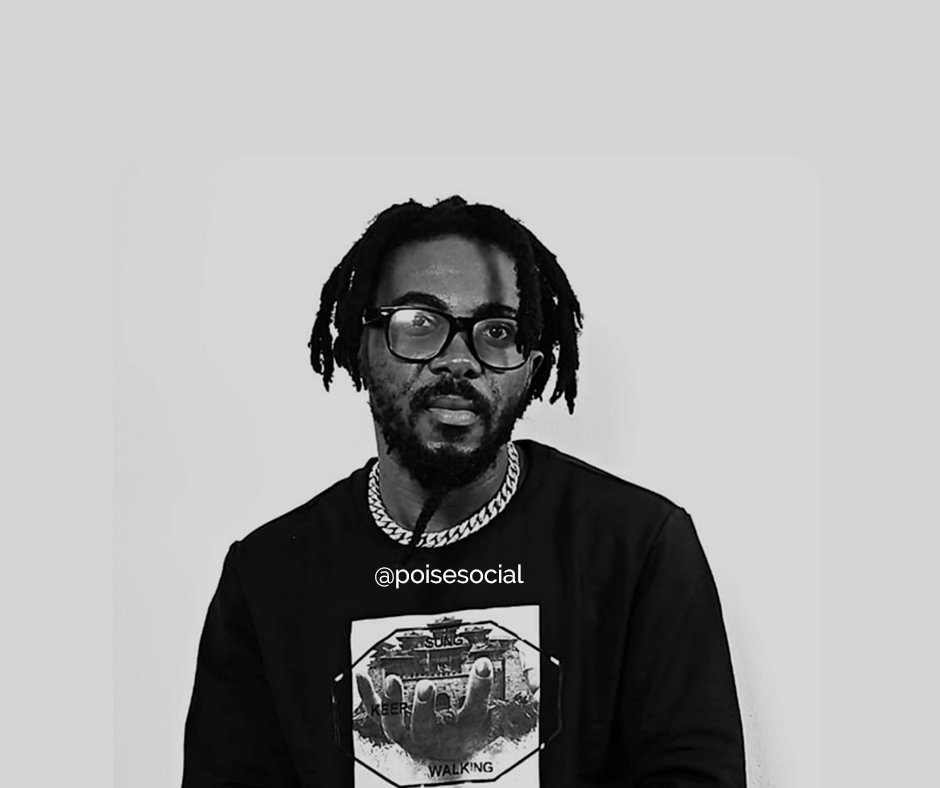 Snazzy is one of those artists that has just not managed to be in the right place at the right time. His music shows his diversity in style and he has very good ideas for songs. The fact that he is in South Africa is probably one of the greatest hindrances to his career. In South Africa, he seems to be getting some looks but that is mostly coming from the Cameroonian community that is out there. A quick look at his career and you would realize that he is one artist that is badly in need of a label. I can see why he is trying to push his new work under his record label NEDSUM (NO ENVY DYNASTY STR8 UP MUSIC), weird but quite interesting name if you ask me. He probably believes having a record label will push him into finding and putting together the people that can help with the management side of his career. In the hands of a good label, he could quickly become a bankable artist.

His writing style is simplistic, you don’t see any attempt to wordplay over just expressing the feeling on a melody – something that can be seen in its perfection in Wizkid. When he is rapping though, he can turn up the word play. The best thing in his music given the stage he is at with his career is that you don’t find any hit song hunting. What you find is an artists that is doing a lot to show that he is worth paying attention to. In a label, he might find himself having to do that but with the body of work that he has laid down, a hit song will just be a funnel to the discovery of his depth. His music style is actually refreshing from what we are used to getting.

‘Dark Skin Girl’, ‘Trip To Columbia’, and ‘We Do The Most’,  some of his most popular releases are worlds apart but Snazzy settles in on each of those beats like it was home. ‘We Do The Most’ featuring Makizar is something that any hip hop lover must appreciate. Talking of collaborations; snazzy has many of them on his LP, again one of those things that make him an asset for the right record label. When you think of the fact that those collaborations are with artists from other African countries, it begins to make more sense. In a post on his facebook page, he had alluded to having a collaboration with Lyrical Joe, the Ghanian Rapper that is, whether you like it or not, a staple in the Cameroonian rap scene. Afro Love is a 10 track LP celebrating the African/ Black woman. The LP includes already released single ‘Dark Skin Girl’ which is a remake of Beyoncé’s ‘Brown Skin Girl.’ In November, he released a video for ‘Mandela,’ the fourth track on the album . The video was the first released in what he announced is his Label YouTube account, NEDSUM; another reason to believe that is where the EP will be released. 2020 was a very busy year for Snazzy with more than 10 releases, but he has been quiet all of 2021. It is obvious that being independent is not working for him. You can see he is a hard worker with the ability to churn out the music but is lacking on the side of branding and promotion. He seems to be investing heavily in his content and ending up without enough for promotion; a dilemma faced by many artists who are still looking for a breakthrough.

Do you invest in finding a hit or invest in putting out a lot of work and build a fanbase slowly? Investing in a hit is something for labels and artists with other sources of disposable income; it is not something a struggling independent artist should consider – growing a fanbase through consistency and engagement is the way.

Snazzy is consistent, but as an independent artist, he has not been able to build a following that is fully engaged in his career no matter how small. You get the feeling people like him more as a person which makes them not really appreciate him for the music he is doing. So what is supposed to be his core fanbase does very little to push and introduce his music to other circles. Again we see how a label could easily give him the respect he deserves as an artist.

This LP is more of like a playlist if we take into consideration of the fact that his releases since we first released a song that made it on the LP do not seem to be some part of a release plan leading up to the eventual release of the LP. He has shown us many styles but this LP is a collection of songs that move in one direction. Afrofusion as he defines it, it is sonically a mix of popular sounds from across Africa.

The body of work is available on streaming platforms including YouTube. It is also available for sale on his website, what we believe is just a way of asking people to support him since he is already giving the music away for free.

“IF YOU LIVE IN YAOUNDE, ARE YOU A FON?” NORTH WEST FONS UNION PRESIDENT CHIDES PEERS 0