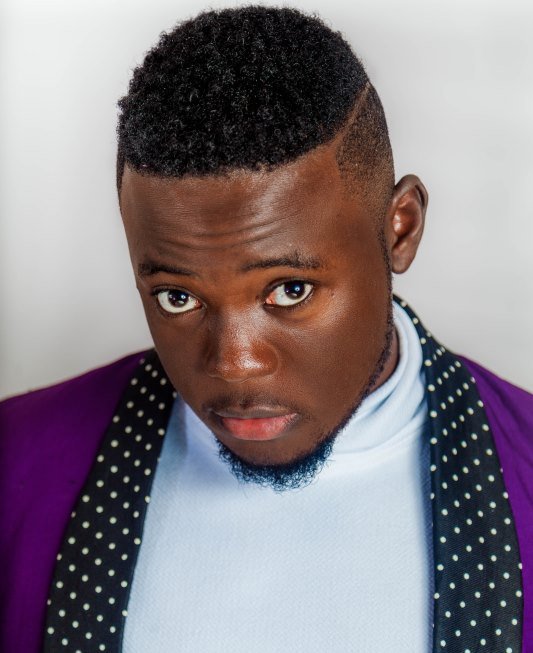 SLAY QUEENS, URBAN ACTS & THE FEAR OF THE LORD.

The invocation of a higher power in the circles of pop culture is quite a curious thing. It is even more curious when a song that is sung by a singer that qualifies as a secular musician gets a crossover appeal and is sung in churches; sometimes with eyes closed, one hand on the chest and the other waving a white handkerchief – with just the right dose of moral dilemma, of course.

“Should we sing this song at worship because it praises the LORD or should we not do so because the other 99% of the time, the singer is singing secular music?” That is the dilemma a lot people likely went through with Lab’l and her famous song “Azambe Ma Ve Wa Ngan.” Remember her?

I myself, in my brief, bible-thumping Pentecostal days went through such moral dilemmas. It was the age of hip-hop in my life and I was torn between singing a Mystikal song I liked and thus using my tongue to glorify the agent of the devil, or staying quiet. That was my dilemma until I heard my mom, the spiritual beacon of our household, play Toni Braxton in her car and defend herself by saying “this is different, she is singing about love.”

Mystikal’s “Shake yo ass” was played on repeat on my CD player after that.

Today, the invocation of the name of the Lord in urban music is as common as buttocks in the video of a song about twerking. The Lord has moved, it would seem, from the pulpit to the clubhouse as rappers and Afropop singers claim his manifold work in their lives, as their hustle was blessed by him. Never mind that a huge part of that hustle sometimes revolves around singing songs with questionable lyrics.

But it doesn’t really matter. One can overlook that because after all, c’est papa God qui connait tout notre pala-pala.

On the other side of the aisle we have our slay queens. The evangelists of the small-girl-big-god gospel. The ones who dabble in things unspoken and yet well-known, as well as the ones who have no shame and will tell you what they dabble in, and what they let dabble in them –ahem! These ones, I have noticed, always have “Enfants De Dieu” or a bible verse scribbled on their social media bio.

They will also, from to time, when quarrelling with their counterparts that are in the same line of trade or aspiring to be like them, quote bible passages on their insta stories or snaps and tell their followers to pray constantly because the devil is not asleep and that their enemies hate to see them “blessed.”

And then they sprinkle another bible verse in there for good measure.

Scammers are on this table too. Anyone who is familiar with Hushpuppi’s social media outings will tell you that they were rife in borderline, Christian, spiritual motivational write-ups. The word “bless” and its many different iterations has suffered and continues to suffer in the hands of scammers.

Somehow, it translates to our own society and the interactions it has with organised and disorganised religion. We, Africans are deeply spiritual people. The lines between the Christian denominated “miracle” and the traditional religion denominated…what?…”occurrence(?)” are often blurred irrespective of how much the different people on both ends want to deny it.

If the Jewish God could send down fire from heaven to vindicate Elijah, then someone in Oku should be perfectly capable of sending thunder to vindicate Ngek.

The only difference in how that plays out in pop and mainstream music is in the social stigma. Christianity and Islam have had far reaches into our society, and while an Afropop singer will get away with calling Baba God in one song and twerking in the next, another Afropop will not get away with singing to the glory of the ancestor whose shrine is behind their grandfather’s house.

Same as a slay queen who is engaged in chili trade will get away with bible quotations on her bio, and the one who says she saw a merecin man to get an invisible cloak of protection will be pilloried. Even Harry Potter himself will not be able to help her.

Be that as it may, the essence of religion and spirituality in Afropop music is that of a higher power than never disappoints. He is largely responsible for the Village Petrol becoming the City Kerosene. It’s always the ‘grass to grace’ narrative in the relative shortest time available. I am reminded of the Nigerian movies we watched growing up.

The one where we the young man leaves his village and goes to town in order to stay with his uncle and “learn a trade” and then is shown five years later, driving back into his hometown in a “big car.” You remember how in those moments, even his own mother and the ever-present younger sister whom he loves very much, do not, at first, recognise him?

Nothing of the young man’s hustle in the city is shown. No one has any idea. All we remember is that his mother, a widow, will do a dance in the courtyard, and thank Chukwu for his blessings.

(Cameroonian) Afropop is very reflective of that. I mean how could it not be? In a society where tragedy and injustice is met with “make we leave am for God,” one should hardly be surprised. In a society where justification for sin is found in the weirdest manner and attributed to the LORD himself, how can one be surprised?

I am reminded of the mother of the main character from Chimamanda’s “Americanah.” The woman, a Pentecostal Christian, whose husband had been laid off from his job, attributed the extra income which her young niece brought home to the ‘mysterious work of God.’ She closed her eyes completely to the fact that the young niece was sleeping with a married man, a powerful colonel in the Nigerian army.

I think urban music just mirrors the views of society on the issue. An ever-permanent hope for good things and favour that is tied to an unshakable faith and the expectation of a catapulting to success by the sheer faith in a higher power, and hard work, of course. And there is absolutely nothing wrong with that. Atheists themselves will agree this blind faith can be a strong drive and source for motivation

But life does not work like that. As an adult with 30 odd years on this Earth, I have learned that people are far more disappointed than they are victorious. It is this side that music does not/never(?) show.

Perhaps it is because it is only the victorious who make it to the brightly-lit stages to tell their story. The very many who have been disappointed are sitting in a corner and chewing aloe vera.