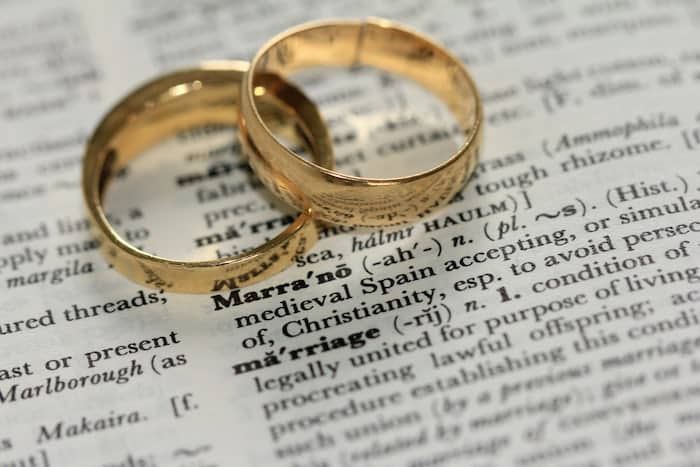 SHOULD MARRIAGE BE FOR BETTER FOR WORSE?

Marriage is a big deal in our society. To me the highlight of the marriage institution is the wedding ceremony. I love weddings, it should make sense since I’m a female. Who doesn’t love wedding ceremonies? The beauty, the warmth, the joy filled hearts, the flowers and balloons, the glamourous outfits, the couple, the food and drinks. Okay some men think it as unnecessary expenditure. It’s their hard-earned money spent so I totally get it. But still weddings are amazing, everything done so beautifully I hold back tears all through the ceremony.

After walking the Isle by the bride, my next favorite moment is the saying of the vows. So refreshing to hear people make the promise of love to each other, usually a very emotional moment I must say. I even Know the church vow by heart already. I generally prefer that people say vows of their own accord, because it is not a light thing. But I guess the church designed vows covered the essentials? maybe but away from that. So, everyone will be silent, and it goes…

“I, __, take you, __, for my lawful wife/husband, to have and to hold from this day forward, for better, for worse, for richer, for poorer, in sickness and in health, until death do us part…” Cute right? But wait, pause and rewind, for better for worse?

This line always causes commotion, one time a bride murmured when she got there, and the pastor had to tell her to repeat in a much clearer tone. She had to be sure, loud and clear. The pastor jokingly said she didn’t want that condition and we laughed. I also remember coming across a video where the bride said, “for better, for better” and again it was considered a joke. But what if she was the only sane person in that ceremony? Those women realized the weight of those words and didn’t want them tied to them. Vows shouldn’t just be made to be broken at the least chance.

Disclaimer: I am not married; I never have been and by no means an expert on the subject. This opinion is therefore founded on deep thought, observation and analysis. This isn’t advice, just well-intended thoughts so we can explore, learn and even grow.

Vows aside because I think they’ve lost their meaning in present day. The aspects of the above Christian tailored vow seem to have been a conclusion on what society considered a good marriage not a basis on which couples were meant to function with. People who never walked the Isle nor said the vows still lived/live by what the vows described.

Marriage is a dynamic institution, different for each couple depending on who they are, their beliefs, environment, their ambitions and personalities. I don’t think one vow covers all the diverse needs. Also, if we were to indeed adopt one vow for all, an in-depth interpretation of its lines should be offered to all couples. Let people know what they’re signing up for. Some people either misinterpret the vows or do not understand the magnitude of the words said.

Before promising to stand by someone for better for worse, what we consider better and worse should be clearly spelled out. We have people experiencing hell on earth because marriage means sticking through it all. We’ve even seen people lose their lives because they stayed for worse.

Honestly it is amazing to have and be a constant in someone’s life. It anchors life and even adds meaning to it. But how many more people will be broken, how many more will be lost because they remained a constant through it all. So, here’s what I think:

Circumstances because for the most part, they’re not intentionally human making and even they accidentally were, they are faced and dealt with together. Easy peasy, teamwork they say makes the dream work. By all means be each other’s constant through everything else. All other aspects of the vow can be classified under circumstances.

But stay constant to a bad personality that grows worst?

The one most constant reason relationships and marriages collapse is the people involved and their levels of emotional intelligence and psychological maturity. Even when we blame it on circumstances, character and attitude are never absent. Marriage is a Pandora’s box for most people. We keep meeting terrible aspects of our partners we never imagined existed (ask around) No one is built to continuously deal with “demons” for so long talk less of “till death do us part”.

What makes the difference then is who we’re dealing with. Agreed our flaws and weaknesses are exposed, we either work to be better or we do nothing and become worst which is toxic both to self and partner. Why should anyone be subjected to toxicity all their life?

Maybe, just maybe if we don’t give people open cheques of behavioral tolerance at the altar, they might make more effort at actually becoming better. You either loose what you want, or you work to keep it.

REALITY IS SETTING IN FOR ETO’O AT FECAFOOT 0

SATCHET WHISKEY IS NOT GOING AWAY ANYTIME SOON – PRODUCERS 0