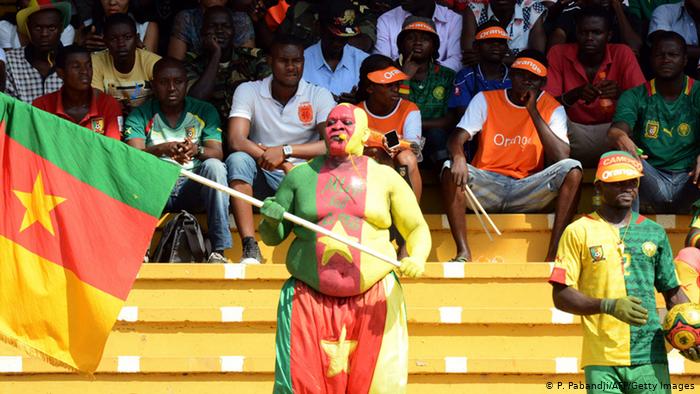 SEVENTEEN EXPRESSIONS USED IN CAMEROON THAT ARE HOLDING US BACK.

I love the TV show ‘Narcos’. It is one of the most absorbing and riveting TV shows I’ve watched. In one of the episodes of the first season, the character of Pablo Escobar says this: “Lies are necessary when the truth is very hard to believe.”

If I could, I’d probably change that to the motto of Cameroon, because honestly, nothing is more apt to describe the state that we all, Cameroonians, have sedated ourselves into:- perpetually telling ourselves lies that confine us in a state of mental servitude, no doubt because we are afraid to face certain hard truths squarely.

And it would seem we are afraid of the truth because it would wake us up from the willing prisoners that many of us locked ourselves into being. It means we would have to otherwise wake ourselves up from sleep and do something that will get us out of that illusion of comfort.

But funny enough, believing in the truth, the real truth, will grow this nation beyond what we could ever dream it to be. Sadly, the lies we keep telling ourselves have been nicely packaged into expressions which we throw around colloquially without any notion of the grave consequences they have on us. And what are some of these expressions?

1. LE CAMEROUN C’EST LE CAMEROUN: Commonly used when we want to deny ourselves something (or someone else something) because Cameroon doesn’t seem to merit better than what it has. Also used in exasperation when the status quo is standing in the way of progress. This expression was made popular by a Cameroonian minister.

2. HOW MAN GO DO/ MASSA WE GO DO HOW?: A popular defeatist expression often used by people who do not want to speak up for their rights. Can be heard at the SNEC office when people are waiting in line while the teller is eating comfortably during working hours and not serving customers.

3. N’EST CE PAS LE PAYS LES APPARTIENT?: Another defeatist statement which doubles as a cry of injustice against elitism. It can be heard when the son of the Director of something at some ministry takes someone to the police station and has them locked up because they bumped into his car even though he was clearly on the wrong. Onlookers with worrying gazes on their faces will be shocked at it all and say resignedly that the country belongs to those people after all.

4. YOU THINK SAY YOU FIT? FOR THIS VERY CAMEROON?: Yet another defeatist statement offered by those who have been so broken by the system that they believe every new idea or business cannot work; mostly because they believe someone at the top will “block it.” It usually comes from people who believe that they must have recognition from the government, for an idea to have some validity. Can be heard in quartier bars when the bushfaller is offering drinks.

5. SI ON T’EXPLIQUE LE CAMEROUN: This one is also said with resignation. It is usually said when something out of the ordinary happens again and you don’t really want to break your head against a wall, thinking further about it. Can be heard when the government does another blatant gaffe that should normally have us out on the streets protesting.

6. AU MOINS ON EST MIEUX QUE LE TCHAD: Used as an excuse when you lack something, but try to comfort yourself by looking at the worst case in class and comparing yourself to them. It is a false analogy that is used to comfort you when you have scored 9/20 in a test but tell yourself that you are better than the last in class who has 4/20 – whilst forgetting that you both have failed. Can be heard from a minister of health when he is told that the number of cancer treatment facilities in the country are not enough and that treatment plans are expensive and out of the reach of many Cameroonians.

7. WAIT YOUR OWN TURN: The anthem of corrupt civil servants. The ones who are there to chop and do nothing but chop. Can be heard at the corridor of the ministry when people are complaining about the head of missions sending the same people over and over on missions and taking his cut from their expenses.

8. FORCE REVIENT A LA LOI: No doubt one of the most insensitive statement that has been made all along the Anglophone Crisis. A statement used to justify extrajudicial killings and the blanket military solution to the Anglophone crisis. It is also expressed in a false illusion of security.

9. VOUS VOULEZ TOURNER LE CAMEROUN EN LIBYE?: The most cowardly expression you will ever hear. Mostly proffered by people with a classic case of Stockholm Syndrome. People so used to having nothing that they do not think they can have something better. You can find them all over Facebook comment sections when something of note happens and whispers of organised protests begin to be heard.

10. PETIT FRERE, TALK FINE: We all know this one. The greasing of the palm. That time when someone wants you to give them something before they render a service – even when the said service can benefit hundreds of thousands of people. It can be commonly heard at a ministry, when a person is about to block a project worth $500 million that will lift hundreds of thousands of people out of poverty, all because the said person wants 50 million FCFA first, before he pushes a paper.

12. YOU FEEL SAY YOU GET SENSE PASS WHO? Statement uttered by people with inferiority complex, and who sometimes cannot hold an argument with valid points of their own conjuring. Usually ends up in chaos with neither parties getting what could have benefitted everyone. Facebook comment sections are full of it.

13. QUI EST TON PARRAIN?: Perhaps the most infuriating question you can ever hear uttered by

a government official/civil servant in a public office. This shows Cameroon unfortunately as being a platform for raising individuals who hold public office meant for the coming good, to demi-god status. It is also heard from ordinary citizens who are amazed to see that you pulled off a project that they do not think you could have done without someone powerful parting the Red Sea for you. Can be heard when you go to a ministry to present a project that will, perhaps, require the use of a public place. It can be seen of banners and posters of events around town.

14. IMPOSSIBLE N’EST PAS CAMEROUNAIS: The biggest lie we tell ourselves. Also the cause for tardiness and our penchant for doing things at the last minute due to a lack of proper planning and preparation. Can be heard two days before the last match of the group stage of the African Cup of Nations when the Domitable Lions of Cameroon will have to win its last match by at least a 3 goals difference, while hoping that in the other match, Swaziland wins Senegal by at least a difference of 4 goals. Mental gymnastics.

15. TU CONNAIS QUI JE SUIS? A statement that is used by “les bebes sardines;” the children of highly-placed government officials, and just about anyone who thinks or knows he has someone in a position of power who can bring trouble on you if you continue antagonising them further. Can be heard at the traffic stop when someone uses that as a tactic to intimidate a policeman, while praying that no one sees through his bluff.

16. ON SUPPORTE SEULEMENT/ ALLONS SEULEMENT: Another version of ‘man go do how’. This one, though, has a French flavour and seems to have a deeper level of despair and hopelessness associated with it. It is an acceptance of the status quo and a resignation to the notion that nothing will change. Whereas a lot can actually change.

17. ABEG GIVE ME RESEAU: No doubt the result of 40 years of mismanagement, and open and arrogant nepotism. Cameroonians do not believe anymore in making it by the sheer power off their efforts, and think that for someone to have had something they must have necessarily had to know someone who facilitated things for them. No doubt the product of why Cameroonians always try to cut corners. Can be heard by a fresh graduate asking another graduate how they got a Belgian visa, when every information to get a Belgian visa is on the website of the Belgian Embassy. It also explains how these people get scammed hundreds of thousands of FCFA by “agents” who promise to get them a Belgian visa against a fee.