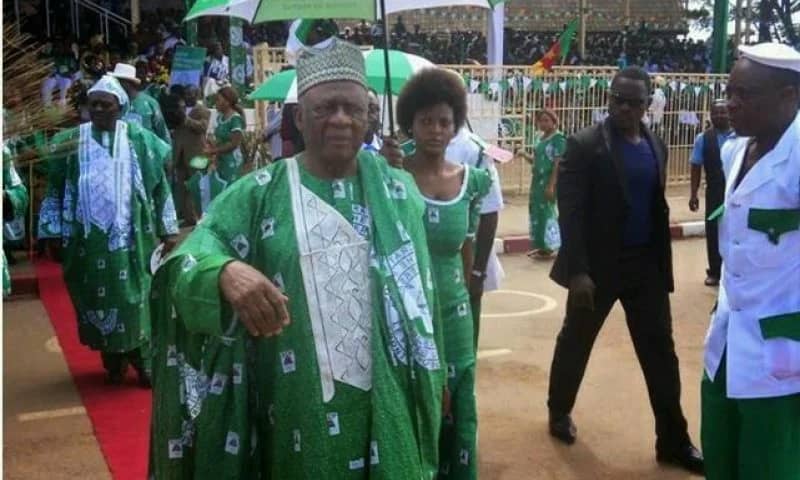 The internal rows troubling the Social Democratic Front (SDF) party are only getting deeper as Ni John Fru Ndi approaches the end of his reign as Chairman. This, is as party officials continue washing their dirty linen and his in public. This time, the party’s Financial Secretary, Hon Yoyo Mohmbankah Emmanuel has accused hierarchy of embezzlement and attempted to stifle objective voices over a financial audit.

He made the assertions in a December 12 , 2022 letter to the National Executive Committee of the party which had in an earlier meeting, asked him to make available to auditors, the financial records of the party. The party Chairman, Ni John Fru Ndi, he said, was better placed to explain the situation to the Committee, but failed to, as part of attempts to deprive him of his financial duties and responsibilities. “I have never been associated from far or near to issues concerning the finances of the party,” he said in response to a demand by the party Chairman that he hands over documents to party auditors in the next 30 days.

He further described Chairman Fru Ndi’s demand as “a provocation and an embarrassment” and an attempt to cover the fact that he was never assigned any duties despite being made Financial Chairman. To him, Fru Ndi believed he was only seeking the position to investigate the party’s financial records and not to serve, as he wanted to. Still addressing the National Executive Committee of the SDF, Hon Yoyo who took over the Financial Secretary position in 2013 said even the party Treasurer has been kept away from financial affairs of the body. “In other circles, this would be considered as embezzlement of public funds which I do not need to remind you that it is a criminal offence,” he outlined.

Article 13.1 (iii) of the SDF constitution, he added, defeats Fru Ndi’s claims of not being a signatory to party accounts. To this end, he warned that “time and the court of public opinion will catch up with them (Fru Ndi and co.) one day and they will no longer be able to fool the people again.”

Hon Yoyo’s remarks add to the already heavy heap of internal squabbles within the SDF party. Many party members have in recent times, called out the Chairman for attempting to ‘smuggle’ Hon Joshua Osih to the helm of the party unconstitutionally. The same succession issues appeared to be at the background when Hon Osih and Hon Nintcheu squared off months ago, after the former joined CPDM lawmakers to sign a letter to foreign nations on the Anglophone crisis.

More recently, a number of SDF officials in a petition said they were disgruntled after Fru Ndi “through a sweeping sanction applied Section 18.8 of our party’s constitution”. This, they noted, was the dissolution of all the party’s Executive Committees in all SDF bodies nationwide. This to them, is still part of an attempt to hand over the chairmanship to Hon Osih without following due process.

Many are now curious to see how all these play out at the February 2023 Elective Convention of the SDF.