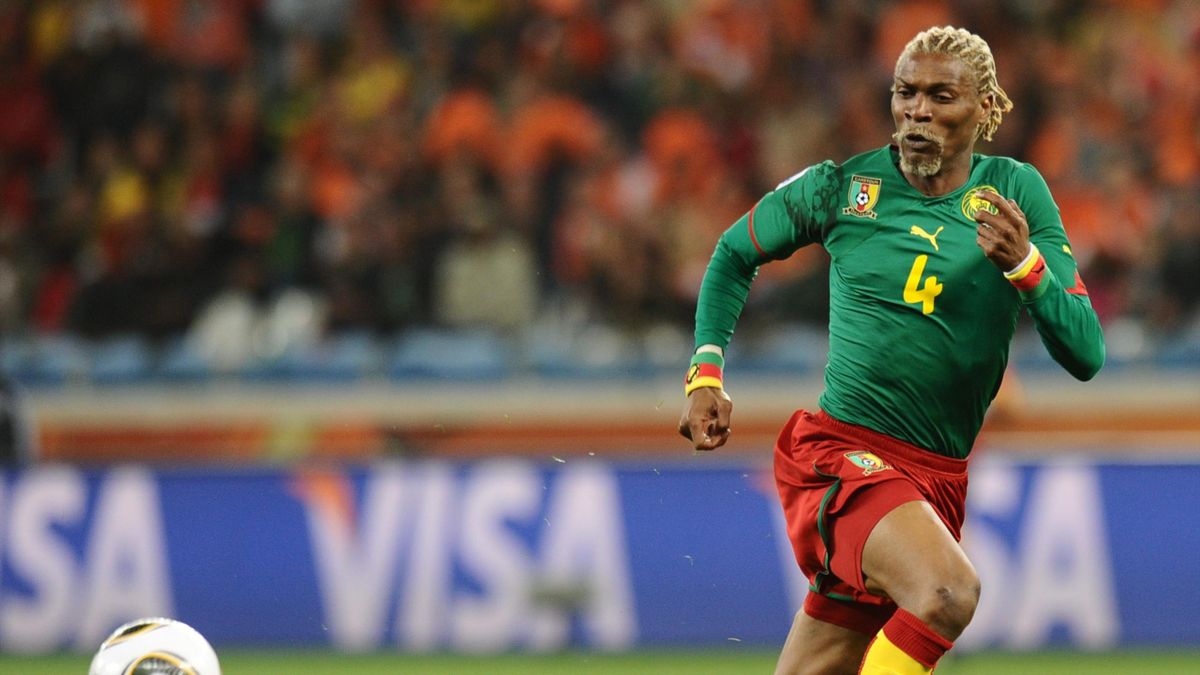 RIGOBERT SONG MAY NOT BE ETO’O’S CHOICE FOR HEAD COACH FOR THE LIONS.

Opinions on his qualification for the position of head coach of the Indomitable lions started to fly after an article, on Jeune Afrique, that was quickly taken down suggested he had been appointed as head coach some weeks ago. After the article was taken down, we were left only with theories of what might be going on behind the scenes.

Yesterday, the nomination was made official in a letter signed by the minister of sports and published on the official social media accounts of the national television. Song has previously had a short and undecorated run as head coach of the junior Lions. Add that to the fact that he was in a coma for about a month after suffering from a cerebrovascular accident and you begin to see why many think he is not fit for head coach of the Lions. Since recovering, he has not been in the best physical shape  either and is more or less a shadow of the captain of the indomitable lions we once knew.

A few believe António Conceição who coached the lions to 3rd place at the just ended African Cup of Nations should have been maintained as head coach until the 2023 World Cup, that is if the lions are able to qualify. Most of those who hold this opinion are also in support of a future in which the national team is coached by a Cameroonian, but according to them, now is not the time.

There is another group that believes now is the time but not Song, for reasons I have already mentioned above. They believe Song’s appointment is political and not out of merit arguing that António Conceição has been able to mold a good team.

We saw Eto’o write a letter to the minister of sports  some weeks ago trying to remind the later that it was not in his jurisdiction to appoint the head coach of the national team and that it was the duty of the president of the football federation. Yet, the letter appointing Song as head coach was however signed by the minister of sports. All that to say there is so much going on behind the scenes that we are not aware of and it is definitely a political appointment. That Eto’o has not, at the moment of me writing this, congratulated Song officially should tell you Song may not even be his choice.

Personally, I don’t know if Rigobert Song is tactically apt as a coach. Even if he is not Eto’o’s choice, I think his appointment can still play to the advantage of the team. I am a strong believer that football is 20% tactics and 80% passion. I believe a coach like Mourinho has won more from his ability to prepare his players psychologically more than his tactics. I don’t know about Songs motivational skills but his appointment alone is the motivation here.

Cameroon football since being handed over to Eto’o is rife with a new air of patriotism. His hard fought election has brought new hope for the players and the fans. With Rigobert Song now as head coach, it feels like football has been given back to us and I believe that spirit alone is what is going to be driving the Lions moving forward. It is all left to Song to figure out if he is really the coach or just a pawn in a bigger game. That should let him know where he stands and what he needs to do to maintain his image and status in the minds of Cameroonians.