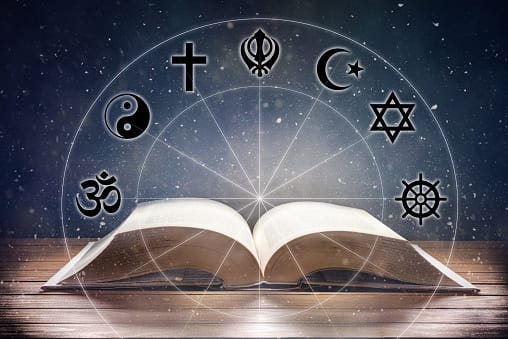 The levels of religion and religiosity in African countries would have one thinking most Religions practiced worldwide originated from Africa. This is backed by the zeal and passion exhibited when something is yours. It’s a different level of commitment.

Religion is defined as the belief in and worship of a superhuman power or powers, especially God or gods. There exists a plethora of Religions worldwide, each religion having their own supernatural power or deity and their guiding set of rules.

Religion is rooted in the fact that life is controlled by a supernatural power and so worship of it would place us in the good books. Thus, the respect of these rules become the ground on which we base our relationship. Each religion having its own distinct set of binding rules. Some are quite liberal and others uptight covering to the last detail.

Given that most mainstream religions practiced in Africa were a “gift” from the colonial master, eyebrows begin to rise as to how genuine the religion is. How would a people seeking to conquer do anything in our best interest? To make it even worst, the dogmatic Nature of these religions would have one questioning its real purpose.

Even without my mentioning it, most religious followers would already be forming long mental comments on how bad Africans were/are before the religions and higher morality came along. This would be backed by some very ridiculous ancient texts.

I had one of such reminders when I came across the video of the old lady who recited their alphabetical rhyme in “those days”. The Bible and Christian values embedded within a foundational lesson. Using one stone to shoot two birds. I was particularly touched by how Christians appreciated the video. Saying how “excellent” education was in those days. It is indeed amazing how deep beliefs can go.

Religious protagonists would probably vouch for that song to be incorporated into school programs ASAP. Afterall the saying goes “Teach a child in the way he should behave and when they’re old, they will not depart from it”. Absolutely cute and true, yet we cannot pretend to be blind to how much religion has failed us, both individually and collectively.

Religion has had us believing so much in the miraculous hand of God we simply pray and do nothing. The stories of how God came through for the Israelites has had us thinking we’re just in our wilderness phase. We don’t really bother much; we walk into sword fights with prayers. Afterall, we serve a god of miracles.

Rather than participate in country affairs, we demonize the leaders, politics and then we pray. Someday God will free us from those evil leaders.

I would think that religion has stalled intelligence and in turn development because of its dogmatic Nature. Dogma is an enemy to development because development is rooted in questions, critics, analysis, modification and evolution. With how much space religion takes up in our lives we just go ahead to live life the same way. We can’t count how many churches, pastors, even members feed off the gullibility of the masses.

We might want to argue that religion is the moral compass of society but an in-depth look at the society reveals a rotting society. The effectiveness of anything is usually evident in its results. But then again religion would say it is human nature to be imperfect. And when we fall short, grace abounds.

A people alienated from their roots, chasing what we might call a poisoned gift, lagging behind all the while being robbed off their natural resources and we organize crusades praying for change.

Could we have done better without religion?
Or it remains a necessary evil?
Thoughts that keep going through our minds.