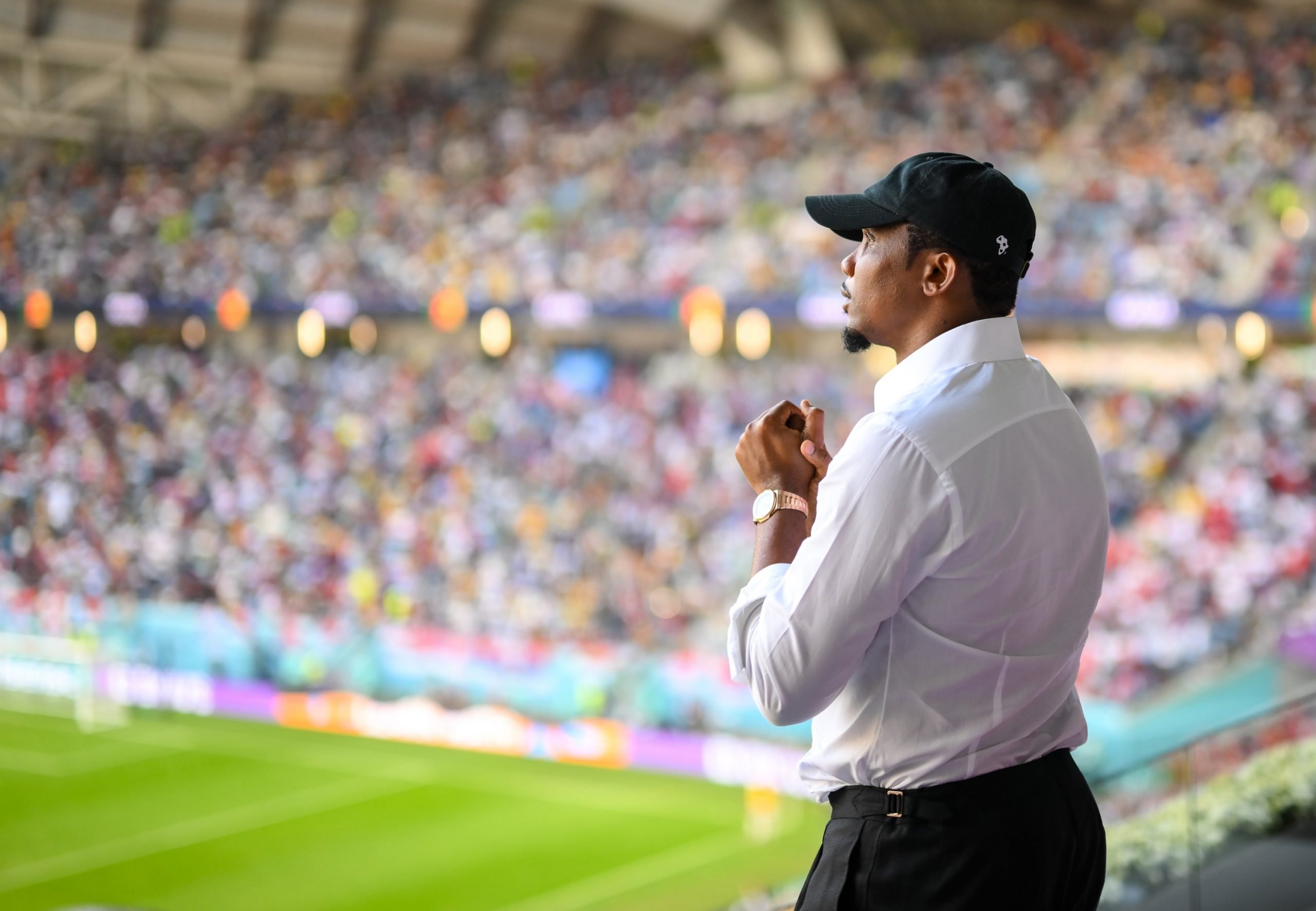 REALITY IS SETTING IN FOR ETO’O AT FECAFOOT

It’s been a year since Samuel Eto’o took over as president of FECAFOOT. He hit the ground running, with sweeping changes that were met with much celebration.  On the back of his achievements, the board of FECAFOOT initiated a constitutional reform to increase his term mandate from four to seven years.

In a two-hour interview on Canal2 just before the World Cup, he reminded everyone why he was the man for the job. With confidence and with the support of the public, he sent off the men’s national team to Qatar with all hopes that their performance will crown his first year’s performance.

One of the celebrated changes was a new minimum wage for first-division players; the Elite One Championship and Guinness Super League for men and women respectively. The resolution was signed on the 25th of January 2022. Club owners were also required to register all players with the National Social Insurance Fund. Many club owners did not welcome this change, citing the fact that the leagues are hardly lucrative.

Eto’o, however, gave the impression that he was on top of things. Players of the female division one championship, known as the Guinness Super League saw their monthly salaries double from 50,000 FCFA to 100,000 FCFA. Under the new configuration, FECAFOOT was to add 50,000 FCFA to that which Guinness was already paying.

In a communique dated December 23, 2022, FECAFOOT announced that players of the Guinness Super League will have to make do with a 50,000 FCFA minimum wage. Meanwhile, the modification only affects female footballers, many are worried that it is only the beginning and their male counterparts will soon see the axe.

Cameroonian elite footballers have historically suffered from low salaries which sometimes went unpaid for months. What appeared to be a new dawn for them is beginning to see some shade with this unprecedented announcement.

There is no other explanation for this move by FECAFOOT other than budget constraints. Many blame it on what they believe to have been lavish spending on the Qatar World Cup.  While some hold that it is just a matter of reality taking over aspirations.

Any money manager knows that there is no such thing as too much money. The air of abundance that surrounded FECAFOOT with Eto’o’s entry is finally seeing its end. With six more years to go, we can say the era of dreams is now officially done.

For a first-time administrator, Eto’o has achieved a lot. It is however obvious that he still has a lot to learn about the job he has been charged with. His reputation has taken a hit since the beginning of the World Cup.

The ecstasy of his ascension to the post of FECAFOOT president is completely depleted. It appears he has completely used up the social capital of his heroic playing days. Now is the time for him to start building his reputation on the administrative pitch. His football trophies are no longer relevant in this new arena.