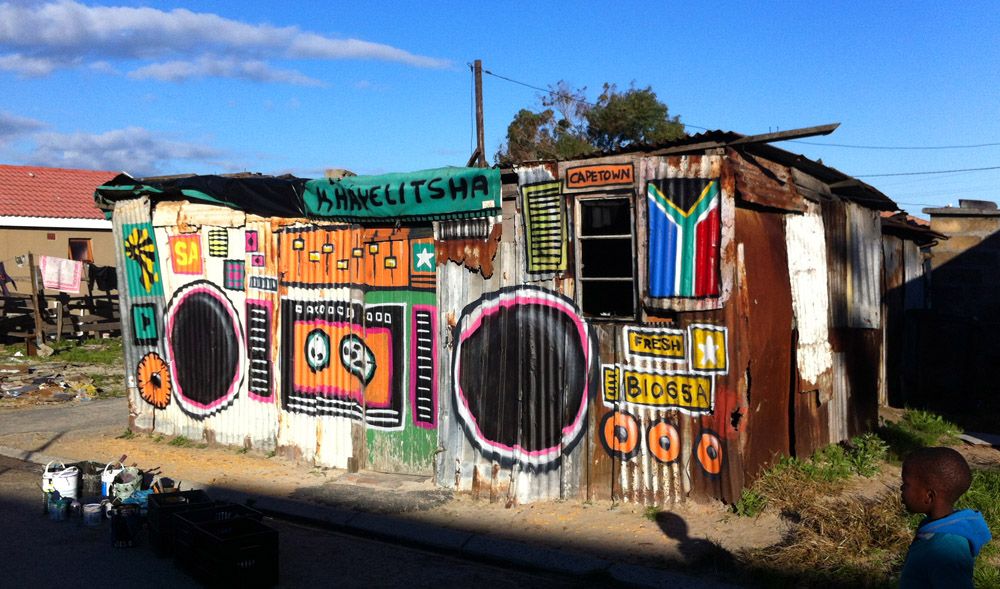 Someone once tweeted that he was afraid to pee in the gutter because he did not want to do so on an upcoming singer’s head. It would be very laughable if it weren’t, also, quite sad.

Laughable because, honestly, the joke is funny. Sad, because it is a story of the trite nature of what has become, for a lot of urban acts, a central, if not a recurrent theme of their music in general, or part of their lyrical content.

If we peep out of our windows and look at our Niigerian neighbours next door, we can see two prime examples; Davido and Wizkid. As far as Wizkid is concerned, everyone in Ojuelegba, apparently, knows his story. The story of how he used to hustle to work in Mo’Dogg Studios.

In today’s urban jargon, the word ‘hustle’ has become a distant cousin of the strict English definition of what it is. Hustle is associated with grime, hardship, poverty, illegal activities, squalid living conditions, and a cornucopia of other dark-themed situations that the protagonist rises above to conquer. There is now an added layer of dirt to the word hustle that even Shakespeare would be surprised to learn.

Even for those whose story was not made in Ojuelegba but in Lekki and Banana Island, they throw the word around in their songs in an ambiguous manner; telling you that they worked hard, but hoping that you will see the other parallel line running close to that line of thought, insinuating that somehow, someway, they also suffered some terrible hardship that life threw at them. Even though we do not know what the nature of the suffering is, we are somehow led to insinuating that stark poverty was in there.

Davido did not throw the word ‘hustle’ around in one of the songs where he wanted you to see those parallel lines. The song is called “Back when” and it was released some ten years ago or so. The lyrics go, and I quote, “Back when I was broke yo/ Nobody wanted to jonze yo/ All the girls they tell me no-no /Because I no get e motor.”

Ah-Ah! David Adeleke, the son of a billionaire, singing about how he was broke-yo with no moto? In the words of Big G Baba, there must be a mix-up somewhere.

This romanticising of poverty in urban music is for the most part quite strange to me. Yet, it’s been so much present that it is almost natural. It is as if we, the audience expect that the actors have to have had some form of hardship for them to thrive properly in the show business environment. Or is it the other way around? That the actors themselves feel like they ought to have some story buried in a sad grave with a tombstone listing all their trials and tribulations for them to have a valid passport into the land of show business. Maybe they feel like if they cannot prop up that image of themselves, then they will not be able to fully express their art form.

Sometimes I tend to think it is an excuse for poor product, or something of a bit of a defense mechanism – a shield they can use to tell you how hard they worked and that you know nothing about their struggle when you try to criticise their art. And in this instance, it doesn’t matter which of the parallel line they are talking from.

Perhaps the root of the problem is in hip-hop. To keep the genealogy metaphor going, Afropop and some other urban music genres are all distant cousins of hip-hop. Rap music and hip-hop culture were born from a lowly place, amidst crime, drugs, racism, overcrowded housing, and black plight.

The fact that the early protagonists were able to turn this around into a glamourous mainstream pop culture that has dominated and influenced almost every new spin on traditional music culture from every part of the world stage is in itself a bit of a miracle.

But rap music and hip-hop culture never lost its soul. The soul has many pillars planted into the ground. One of these pillars goes by the name of ‘street cred.’ And the badge of street credibility is bestowed first by the evidence of having lived in the “streets,” and secondly, by this very street embracing you and accepting you as one their own, based on the story you tell. And those stories have to be embedded in the very real hardships of the ghettos from which the rapper was spawned.

Ghetto. Such a trivialised word in today’s urban music.

While we cannot deny the existence of ghettoes in Africa, we cannot also align it 100% with the idea of the ghetto in the U.S. which we have and shaped an image of in our minds via American film and musical exports. For many such places in Africa, sometimes it is poverty being next door to affluence. But sure enough, we have some really bad-looking places like Kibera, just right beside Nairobi which sprawls over a large number of hectares of land.

African ghetto realities are certainly different from their American counterpart, yet the music always seems to want to pull from the idea that the protagonist went through an American ordeal -drugs, crime, murders, bad housing, police harassment, a lack of social amenities, and all the other unsavory stuff that you can list off your fingers – that reflect the American experience far more than it reflects the African experience.

I mean, even Stanley Enow somehow, I repeat, somehow, made Bafoussam feel like some ‘kind of place’ as he told the story of how he left Bafoussam to search for greener pastures in Douala. Whereas  Bafoussam is one of the biggest and economically-thriving cities in Cameroon?

Thank God I have grown into myself and I can laugh at how stupid I was. There is nothing romantic about poverty. I don’t feel sorry for having lived a better life than a lot of people. I am grateful for not knowing hardship as a child and I am working hard to make sure I never do and that my kids never do too.

Perhaps, urban acts have to come into themselves too, and just make music. Simple.