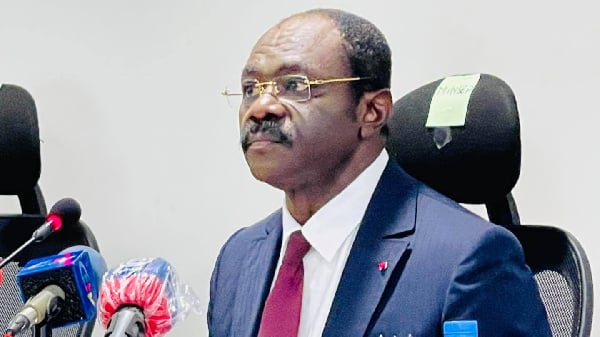 Canadian construction company, MAGIL Construction Corporation has called out the Cameroon government over its address on the Olembe Complex it was charged to construct. The company in a press release, said the government of Cameroon has been unjustifiably pushing the failed project’s blame on it, through the media.

The complex is meant to comprise of a hotel, sports hall, Olympic swimming pool with 1,000 seats, two open-air basketball courts retail spaces and shopping malls, among others, all constructed around the 60,000-seater Olembe football stadium. Contrary to government version of the story on why the complex is yet to be erected years later, MAGIL said it had sought all means to have the state comply.

“While we are at the start of the year 2023, MAGIL and the stadium’s contractors have not received any payment for their invoices validated by MINSEP since July 2021,” a portion of its January 11, 2021 press release read.

The situation, it explained, has left many contractors stranded and unsatisfied. “This non-payment of invoices was accompanied in addition to the renewal of tax and customs exemptions linked to the project, the discovery of numerous defects in the stadium and requests for additional work, increasing the total budget.”

When the crack in its relations with government became evident, MAGIL noted that it initiated and subsequently, exhausted all amicable remedies available. The said moves failed to yield fruit, forcing the construction company to serve government a 30-day contract termination notice on December 5, 2023.

Surprisingly, “this correspondence also went unanswered,” it explained, but was cited in the Sports Minister’s January 03, 2022 letter to the Prime Minister. The letter, to MAGIL, contained “erroneous and slanderous information, transmitted to the media and altering the image of MAGIL Construction Corporation and that of its collaborators.”

The enterprise in its recent release also revealed that the process to part ways with the government is already on course. Both sides, it noted, engaged in various meetings on January 10, 2023, as part of their conciliation process.

Whose truth is true?

The recent statement by MAGIL again raises doubts over what side between both parties is at fault. Sports Minister, Narcisse Mouelle Kombi had in a January 03, 2022 letter to the Prime Minister, accused the company of displaying bad faith

“It is clear that after two years of work and 42 billion FCFA consumed… MAGIL has not completed any component of the Olembe Complex left by PICCINI,” he declared.

While MAGIL cites government’s denial to pay invoices, the Sports Minister on his part said they were used as a medium for overbilling, alongside the exponential increase in expatriate staff.

To him, “all these tricks were intended to siphon the budget of the project with a view to obtaining a budget extension, since in addition to the 55 billion of the guaranteed loan, the costs of phase 2 evaluated by MAGIL, is between 65 and 110 billion.”

The personality of the government official, and his earlier utterances, only add to the mix. In September 2021 when a CAF delegation visited the stadium, Minister Kombi had lashed out at those seeking accountability for the quality and the pace of work done.

He described them as being “anti-patriot”, for attempting “to denigrate an infrastructure which the government has invested so many means, financial, human and logistical resources for Cameroonian and African youth.”

While the MAGIL-Government wrangle ensues, the biggest losers are once again, Cameroonian tax payers meant to bear the burden of the billions engaged in the failing initiative. Minister Kombi while writing to the PM, admitted that stock was not taken as it should have.

This blurred the lines between PICCINNI, the former company charged with the project, and MAGIL. “After checking, it turned out that the stocks of material left by PICCINI and available on the site could enable the completion of the main stadium, its two annexes, the hotel, the shopping center and the movie theatre…” he said.

With the complex construction failure now out in the open, Cameroonian tax payers are yet to get any solace. This, is as government is expected to dish out more colossal sums to erect the structures. In addition to urging government to demand “immediate restitution” and “firmly oppose all financial claims of MAGIL,” Minister Kombi said more public funds should be poured into the project.

The politician added that subcontractors who took part in earlier stages of the work should be remobilised by the powers that be. Surprisingly, he did not call for any heads to roll despite the gross effects of failure to take stock.

IS TECHNOLOGY KILLING OUR CREATIVITY? 0