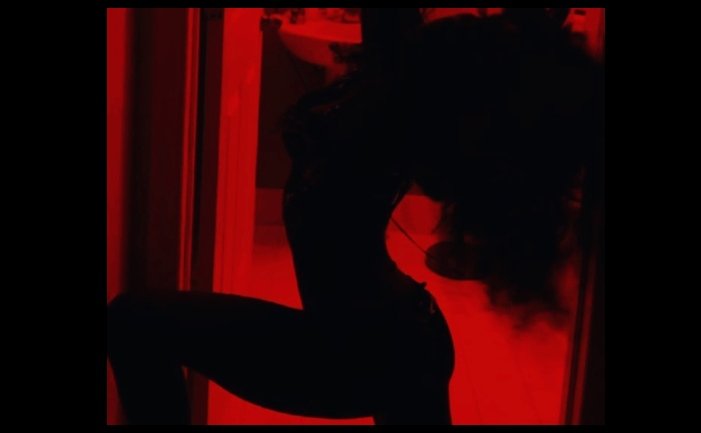 NUDITY AND VIRAL INTERNET CHALLENGES: WHERE DO WE DRAW THE LINE ON PERSONAL RESPONSIILITY?

In early February 2021, social media was aflame with a viral challenge that was tagged the   #SilhouetteChallenge. The challenge entailed that a woman posts herself in a non-revealing attire. Then right after that, the video cuts to the woman now in a red-lit room, naked or semi-naked, with your the silhouette of her curves showing. Hence the name of the challenge

Now, like most of these internet challenges that involve showing off the body, women were the main people participating in it. While good home training held back a lot of women from participating on social media, I daresay many of them have shared these video challenges with their partners intimately.

I will take the example of Twitter and say that while I am sure many women indulge in such challenges this to show off their nice bodies, a lot of women on that platform are sex workers who do it to attract people to their OnlyFans page and whatnot.

2.0 feminists have encouraged these challenges under the guise of women empowerment and have chided any man with good home training, who tries, even with all the good intentions, to caution any of these women participating in such challenges as “men” once again trying to police women’s bodies.

During the Silhouette Challenge, a tweet caught my attention. It basically cautioned everyone participating in this challenge to be careful as the red light snapchat feature used by people for this challenge could be reversed by some digital trick and your actual and naked body – not your silhouette in red light – could be seen.

A young woman immediately attributed this discovery to men and chimed in to say that “it’s funny how women have been telling men how they feel unsafe around them… but even virtually, their PRIVACY and INTIMACY isn’t respected.”

YOU share semi naked body on the internet; a place full of all kinds of weirdos and perverts and you are talking about privacy? And how convenient to just blame men in general and not take responsibility for your own actions.

It does not end there. Under that particular response many people came to either argue in favour of, or against that tweet. One response in particular tweet caught my attention. It was of a young woman with an OnlyFans page. She participated in the challenge and said anyone trying to manipulate her video is doing wrong. And that anyone trying to expose more than she showed is doing wrong too. Here is the funny part – this woman has a video of herself HAVING SEX on her Twitter page.

Like Tyrion Lannister said, there is nothing more annoying than a late-blooming philosopher. Unfortunately, we live in the age where people use the high-sounding internet jargon like normalize, narrative and consent to defend the most stupid of things. Most people participate in these challenges do so for vanity’s sake. They want attention, praise, likes and clicks. This whole empowerment talk is just late blooming philosophical nonsense.

The most vocal 2.0 feminists I know have never shared nude pictures of themselves online in the name of empowerment. No doubt they had good home training.

It is like this new trend of people asking fat people to feel comfortable and empowered in their skin – never mind heart disease and diabetes and everything that comes with it. I understand that fat shaming (another one of those jargons) can be detrimental to someone’s mental wellbeing; but let us not be hypocrites.

The world is not a perfect place. It is full of weirdos and creeps. Bad things happen and a lot of people get hurt every day for things that should not have happened to them. A lot of people also live recklessly but somehow get away with it.

As we move through life, we always must remember the notion of self-responsibility. We need to learn to put ourselves in positions that will try to make us as safe possible. Will we always be safe? No, unfortunately. But we are more likely to make it through than we would if we did not take precautions.

The world is a bad place. It will always and forever be a bad place. There are people I follow on Snapchat whom I have never met. Yet I know where they live, what car they drive, what the inside of their house looks like, where they work, the name of some of their colleagues and even their favourite foods. If I were a thief, I could easily lay a trap for them. And what would they do after? Complain that I do not respect their safety?

Nobody is holding anyone from doing viral challenges where one has to show their buttocks and breasts. But know that as you do so, you are making it potentially available to the 7 billion people that are on this planet. You cannot come after and blame “men” when something goes awry.