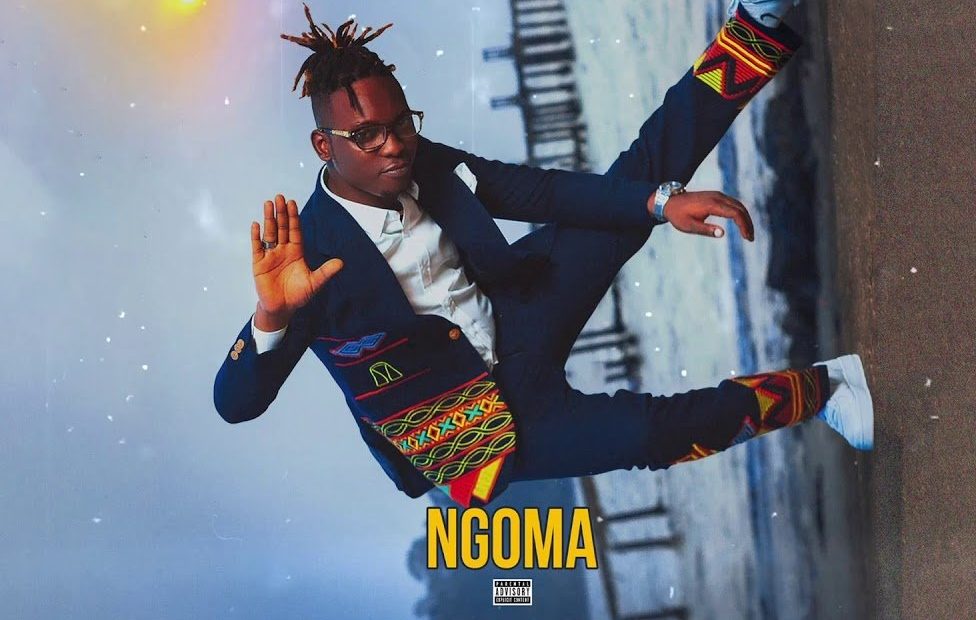 NGOMA – THE BRAND AND FOUR LESSONS FOR ARTISTS

(Before we get into the subject matter, I thought you’d like to know the cool fact that the first ever PoiseSocial article was on Ngoma and his song “Mangosi.”)

There is hardly ever any anticipation to the release of his artistic works but whenever we do get them, they seem to come in a class of their own. In a time when the rush is to outproduce other content producers; a time when every digital marketer will tell you content is king, Ngoma rather believes less is more.  His almost four year run of releasing one single a year finally came to an end in 2020.

On the 9th of May 2020, Ngoma released a 7 tract EP title ‘CAM NO GO’ which includes his 2019 single ‘PENYA.’  Easily a 10/10 project, Ngoma’s performance on the EP has awaken arguments of him being the only truly original Cameroonian rapper in terms of the art form. I beg to differ though I think his very small, concise discography and a unrivaled attention to artistic brand development play a role in people thinking of him as the only truly original rapper in Cameroon.

That Ngoma possesses a high level or artistic originality goes without question. He definitely feels his work is too original to the point that he has coined an appellation for his style of music which he calls “Jwe’Te” and describes it as a ‘retro-futuristic polyglot rap style’ – an apt definition if you ask me. Ngoma’s verses flow seamlessly between four languages  or dialects ( Ngemba (Awing dialect), English, French, Pidgin English, and Camfranglais) which he uses in varying amounts on all his songs. On his own account, Ngoma says the content of the EP advocates for the “UNWANTED to become WANTED and chronicles his personal life struggles through his beliefs and societal demands.

This is not a review of the EP which is available for free download on his website iamngoma.com and also on all streaming platforms ; and which I also highly recommend.  I want to talk more about Ngoma the brand and what other artists can learn from him because in my opinion, he is positioning himself as a very marketable artist. At this juncture, I think what is lacking is in his engagement with the fans. He is overdoing what people in the digital marketing world refer to as jabbing. Sooner or later, he is going to need a hook. If you are into boxing, you get it already; for those who aren’t, I’m just saying he has been giving but he has to test his fan base by asking (mini concert? Meet and greet? Some merch?), it could be anything. I like that he gave the EP away for free though.

So- about building a brand as an artist in Cameroon and the lessons other artists can learn from Ngoma.

Lesson One: QUALITY OVER QUANTITY

I am one person who used to encourage upcoming artists to put out as much content as they can. What I find however is that many in trying to put out much content neglect their brand. We begin to see sup par graphics and incoherent releases which leads to much energy expended and little brand value recouped. When I take into consideration the nature of the music industry, I am inclined to start advising artists to bank more on the quality over quantity strategy. One other more prominent artist that has successfully done that is Blanche Bailley. Her and Ngoma were in the league of artists who only release singles and have music videos for all their singles. The only difference is; while Ngoma has been on a one video a year run, Blanche Bailly has been releasing two.

The advice to release a lot of music also leads many artists into a confused state. They end up not being able to find an artistic direction; especially when the artist is not able to objectively collect feedback  or is not able to identify their own uniqueness (or what I call artistic proposition) and double down on it. It actually makes more sense to release less music in our context. In a world of scarce resources, it permits you to use your resources efficiently, achieve greater quality, and build your brand.

The argument remains that releasing more content gives you greater chances of stumbling on a hit song but what are the odds. One hit wonders are the result of commercial successes without an artistic direction.  Besides, we do not have enough shows a year for artists to recoup some of their expenditures; neither do we have a  music distribution network. It is common knowledge in the entertainment industry that show money is the only real money. Ask Salatiel, or Mr Leo to tell you about how much money they thought they’ll get from call back ringtones MTN sold on their account.

Again I have joked that Ngoma is the most consistent rapper in Cameroon. When you think about it, one song, one video per year over four years is consistency. But that is not the only consistency here, I am talking about a consistency in his presentation. His 4 video collaboration with video director Shamak is enough to make the point. Working with the same video director helps, you only have to make a connection with the one that bets fits your needs and situation. People are fond of running to Nkeng when small thing show. I’m sure Ngoma has to deal with a lot of headaches to work with Shamak that others wouldn’t. You just have to know what you want and what you have to give to get it.

Another area of inconsistency is even in genre of music. Many argue that it is a show of diversity – true. I am one person that believes in diversity of skills but branding yourself around that is more than challenging. Today an artist is rapping and tomorrow they are on a Afropop song, like what kind of show are they preparing.

I wouldn’t say Ngoma has all angles of the game on lock but what he definitely makes sure of doing the bare minimum required of an artist. His social media accounts each have the right kind of content for those platforms and the consistency in imagery is also apparent. He puts what is for the status in the status and what is for the feed in the feed. He has a simple and UP TO DATE website. I didn’t get any mail in the Poise mailbox about his EP but when I visited his website, any questions I may have had have been answered on there. Even the photos I used in the cover for this post are from the gallery section of his website. Links to all external platforms work.

His Soundcloud page wast not updated with the new music but that can slide. Across all other channels, you also see the consistency. It is not uncommon to see artists releasing a new project and the cover of their YouTube page is of a past project; you don’t get that with Ngoma. Many artists in Cameroon no matter the level are very inconsistent and hence might even have popularity without a real brand.  I realized that Ngoma is so down to the last with his social media accounts that when he wants to share content from other artists to support them, he repurposes the content to fit his brand.

Many artists here do not do the bare minimum. Some will call it unprofessionalism but it is really just unnecessary laziness.Every artists to visit Ngoma’s website and social media pages and see. I am not saying to copy, just see what he does and adapt it to your style and situation in life.

There is money to be made in varying amounts in different situations in the entertainment business. There is money to be made for independent artists as well as money to be made for label artists. You can be successful with 5000 fans as well as successful with 500,000 fans. Every artists needs to study the business and see the different options available to them based on their personal situation then decide which route to follow, that is -choisir ton couloir like we say in French. It goes without saying just because you picked the right path, you’ll be successful in it without doing the right things. Some pick one path then start doing things that are for another path.

Mic Monsta and Ngoma find themselves in very similar situations. However, Mic one one hand is a little behind Ngoma on Branding strategy while Ngoma is stuck doing what people in the digital marketing world call jabbing. Mic Monster has made moves to monetize his brand already, testing the market and his the brand value he has built so far. Ngoma is still waiting to shoot his shot, but I think it is about time. In fact, throw in Vernyuy Tina in the mix and we are looking at one bankable Discovery Show.

NGONNSO’ IS NOT ENOUGH: CAMEROON’S RESTITUTION ACTIVISTS WANT IT ALL!! 0