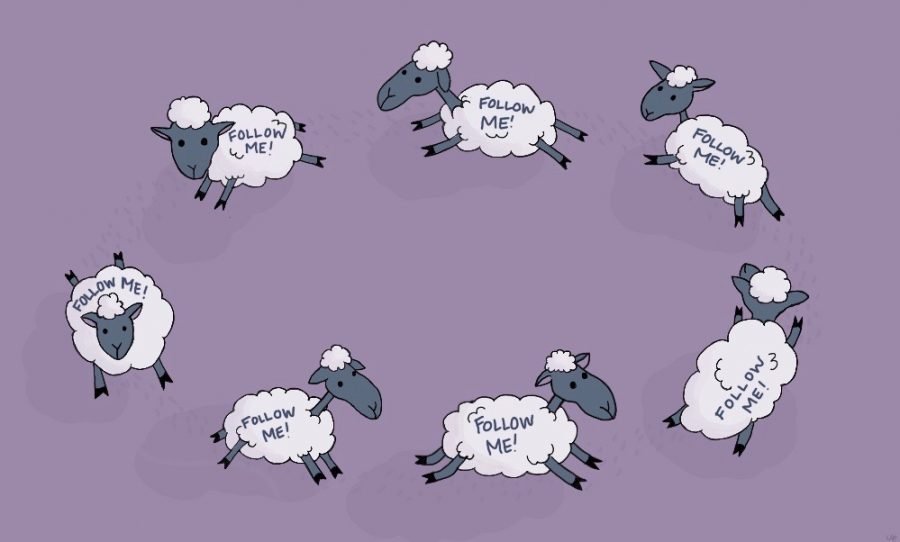 THE NEGATIVE EFFECTS OF SOCIAL CONFORMITY

I don’t know for sure if this is something which only happens in Cameroon but it appears to be more profound here; or it could still be I just care more about Cameroon so I put it under greater scrutiny. Whatever the case may be, I think it is something we must address and seek to eradicate.

I think it was Mockors who shared an experience of his at a musical show where Vernyuy Tina performed. He talked about someone commenting that Tina needed to change the way she pronounced her words if she wanted to have a successful musical career. I’m sure Tina is a very stubborn person and with a little less stubbornness, she would have easily given up on her musical journey. In her song ‘Musica’ she sings  “Your mental health has made you psycho girl you look like nobody;” You can imagine the life experiences that she has summed up in that line. God forbid Tina was not from Nso where tribalism makes for unconditional and over the board support of their own and she did not speak any of Cameroon’s one million dialects, I doubt she would have been half as appreciated.

One of my favorite Cameroonian singer and songwriter is Amatula. Her pen is world class but I find that among Cameroonians, she is received with a bucket of salt because there is nothing in her music that inherently screams ‘CAMEROONIAN.’ When I released my first video, my cousin almost got beaten for ‘lying’ that he knew me. His friends did not believe I was Cameroonian. Even though I spoke some pidgin in the song, the concept of the video was not “Cameroonian’ enough for them to believe it was done by a Cameroonian. In fact, my first sponsor, ironically, was intrigued by me because I was doing something uncameroonian. After a heated debate in the class WA group, one classmate had to turn to Shazam to confirm that my song ‘Microphone Check’ was actually mine because it sounded uncameroonian. The most recurring comment on my early musical work was that it was uncameroonian and that was enough reason for me to be categorically dismissed.

I literally grew up in environments where I was not allowed to speak pidgin English. I did not get to learn my dialect for no reason of my doing but somehow you get the unwritten rule that to be recognized as a Cameroonian artist, you have to sing in pidgin and add small contri talk even if those are not things that are necessarily part of you. Ironically, artists like Asa who is of Nigerian origin and who I could easily put in the same playlist like Amatula will be hailed here while Amatula will be looked upon as the rich kid whose dad paid for the school team jersey; reason she is on the school team.

I mean, someone openly protested my Tino Foy 4 President handle because it is uncameroonian for a young person to think about being president. I know many are in silent protest but that speaks volumes to the mentality we have as to what is possible for a Cameroonian and what is not – all mental barriers we so much try to pass for a universal understanding or agreement of what it means to be a Cameroonian. In one edition of the Canal D’or, the First Lady sat through stellar performances of great artists like Locko only to stand up in celebration of Nyangono; the furthest south of mediocrity and plain buffoonery – that episode of the Cameroondocks seemed to me like an endorsement of Nyangono style music over everything else.

It is amazing how we mostly treat people being themselves as if they are trying to demonstrate they are better than others; as if that is even a bad thing in all cases. I get it that we are trying to preserve our culture but we hardly even understand what culture is. If you actually ask me, what we call our culture is significantly responsible for the shoddy piece of Africa we call our country.

What we are currently trying to do is run away from our shadows and it is obviously not a smart thing to do. Nowadays when you even correct someones grammar, you are met with “English is not my native language.” I mean we cannot erase the fact that we were colonized; but I happen to believe an ex colony is still is very acceptable starting point especially when it is a fact with effects we cannot change. Why not demand that all textbooks be translated to your dialect before you send your children to school? Our thought process is no ridiculous at times that it almost looks like madness.

The fact is that we are going to have to integrate into the world at the point where the aspects of our culture we want to preserve do not get int he way of our ability to become real contenders in the global economy that is and is more becoming.

We have Cameroonians who may have left the country when they were very young and grew up say in the U.S. We’ll meet them ahead with accents different from ours – I want to assume Poker Chip is one of them. Does the difference in accent and inability to speak their dialect make them less Cameroonian? What I am saying is there is no universal life experience that makes you a Cameroonian. We all grow up in different households and have different life experiences that shape us differently. There is no one version or one acceptable version of a Cameroonian.

Let’s face the fact that we are first of all a country of imports. In fact ‘imported’ ranks up there as a sign of quality in Cameroon and most often, it is just a face because we can’t seem to produce even toothpicks. If we are going to import all our best products, we might as well import some aspects of culture. By the way, culture is not only music and we sure need a cultural upgrade.

This is not a the final word on this issue. It is deeper and it might be hard to actually know when or what to import and when or what not to. I just had an idea for a book.