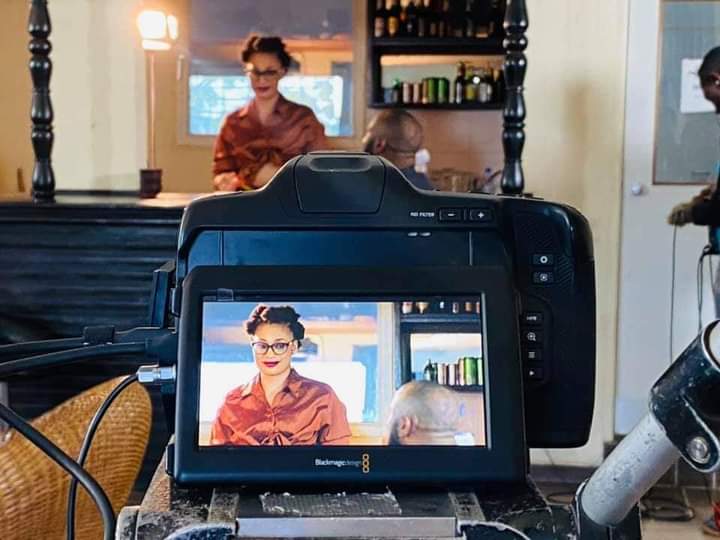 Many have praised actress and producer, Stephanie Tum, for taking up the challenge to run for position of President of the National Actors Guild of Cameroon (NAGCAM). In a November 10, 2022 declaration, she remarked that Cameroon’s movie industry is at a critical stage of its growth, one which is set to either make or mar the future. It is on this premise that she has as plans, to rewrite the script.

The Saving Mbango actress in the declaration, based her desire to lead, on the foundation of initiating a fresh perspective, a new approach and the creation of better opportunities for movie industry stakeholders come November 26, 2022.

In a 2012 interview with Pan African Visions, renowned movie producer, Agbor Gilbert said it was essential for the movie industry to get an extreme makeover. Among the challenges being faced, he sated, was the neglect of the industry by government, despite its huge potential and talented actors.

“We have negligence from all directions. From both the audience-consumers and the producers too. There is so much piracy among the consumers,” he said, adding that “there is no good networking and distribution agency for the movies and they end up not getting to a greater part of the market.”

Admittedly, a lot of water has flown under the bridge in 10 years, and the landscape has witnessed a marked improvement. Cameroon can now boast of a couple of local movie streaming sites, as well as Netflix movie features. The movie industry is gradually but steadily gaining recognition both home and abroad. Stephanie Tum: Can she rewrite the NAGCAM script?

While Agbor’s dream may not necessarily be blueprint for the industry, it loudly resonates what Stephanie Tum today, ten years later, believes should be put in place. In her declaration of candidacy, she cited among others, the need to ensure inclusiveness and collective action.

What plan of action?

Despite strides made, the primary challenges remain the same – actors’ desire to feed the population with better content, and be fed better thanks to their content. How does Tum intend to surmount these challenges?

Though Tum has been largely silent and not making any promises, she maintains the view that a new perspective is essential for the Guild to move ahead. “We need a new approach. We must become proactive rather than conservative,” she opines.

Another challenge she identified, is increased competition from amateur actors using social media to ply their trade. She believes reining them in under the guild would be a win for them as well as the institution. “We must create an industry that welcomes new actors, helps actors develop their talent, creates employment opportunities, protects the career interests of actors and advocate for their social welfare,” she states.

To attain these, she intends to leverage on her network established during her years as one of Cameroon’s foremost actresses.

As popular and loved as she may appear to be, Stephanie Tum is not expected to just walk up to the seat of power. Standing in her way is Takum Fred, acting Vice president of the Guild. An old broom in the movie industry since 2004, he bases his campaign on the premise of unity and concerted action. Fred Takum: “… NAGCAM is more important than any individual arguments…”

“… the common goals of and bonds within NAGCAM is more important than any individual arguments and divisions within us,” the opening line of his declaration reads.

He was voted NAGCAM Vice President in 2015, serving under the leadership of Kesha Kena. With the mandate ended in 2018, Fred Takum took over the wheels of command, and has since steered the institution for the last four years. The actor is now banking on his wealth of experience and longevity, among others.

“Our union is in need of selfless and assiduous leadership to surmount its current challenges; keeping abreast with contemporary trends; make it a fortress for its members, and above all, a powerhouse of new opportunities for each and every actor,” he explains.

The vision to him, “is for a strong and united NAGCAM at the service of actors, the Cameroon Film Industry and the society as a whole…”

Yet, Fred Takum too is very much aware of the potentials his competition carries. “Everybody has what it takes to come out on top, whether male or female,” he told PoiseSocial when asked about the possibility of Tum rising to the helm of the institution.

Regardless of who emerges victorious, the challenges before them remain very much the same. With the guild barely having an online presence, the President would have the arduous task of raising it from the dust and placing it on the same pedestal with peer institutions. He/She too would be required to remarkably improve the welfare of Cameroonian actors in a bid to enable them compete on the same level with their peers across the globe.

The choice now is actors’ to make.

THE RACE TO DRESS/EQUIP THE LIONS: WHO IS GOING TO WIN? 0