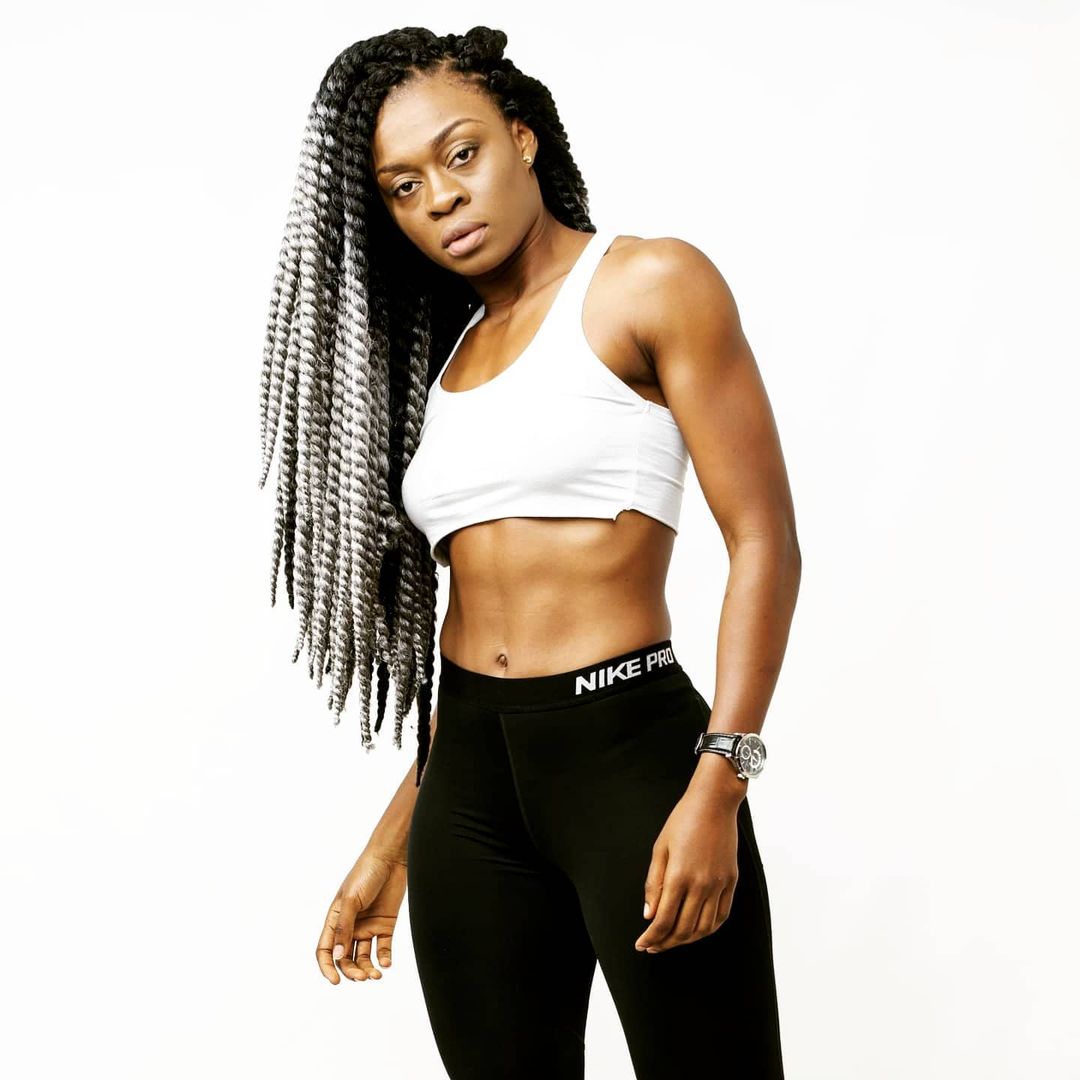 On the cover photo is Mel Dibson, a fitness coach who was the face of Banque Altaltique’s 2020 start of the year campaign. From anywhere between 15,000 FCFA to 30,000 FCFA a month, you can have her push you towards achieving your body goals faster by showing you the right and efficient way to go about it. Sometime in 2018, some of us celebrated Daphne’s 1 million instagram followers and we had an article on Poise talking about the relationship between instagram following and corporate sponsorships. We concluded that following and influence were quite two different things.

Mel Dibson has just a little under 10,000 Instagram followers and I would say is not really as popular or famous but she was the perfect choice for the theme that Banque Atlantique chose for their campaign. You may not know who she is but if you see her on that billboard and you research to find more about her, what you will find is actually that determination.

In an era where attention has become the ultimate currency, I think being on a billboard is something that we see here as a sign that you have arrived. What I say next will not be about marketing and getting on billboards, it is about opportunities that I think we are not looking towards as youths; opportunities that we neglect or do not see them in their true magnitude. I hope you see the connection between what comes next and the example of Mel.

So you are a dancer – but have you ever thought of having a business or career in dance fitness or does dancing for you mean appearing in music videos and making it to international dance contests? Have you thought about educating yourself on body wellness and nutrition and adding that to your service package? Or you are thinking of becoming a video director – but have you thought of focusing on becoming a visual effects (VFX) specialist? Or do you know you can make a career just as a colorist? Now as a VFX artist you may not become as popular as Mr ‘we take another shot’ but the day an organization is looking to align or associate itself with the idea of nothing is impossible, you might just become that face. That is if being on a billboard will make you feel accomplished.

What is happening is that many people are are trying to operate in the business with the mentality of the consumer they once were. Right now in Cameroon, there are more than 10,000 artists but most consumers are only aware of just a handful – the celebrity artists if I can call them that. When one of those consumers then decides to get into the music business, they are trying to become what they know whereas there are many other opportunities their talent can take advantage of.

During my stint in music, I considered doing music but no live appearances. Given that I am this person that likes to do different things, not touring will allow me time to do other things. That would also have required that I structure my career differently. I produce music so maybe I should just make music for movie soundtracks since by the way I want to write movies too. There are producers living off sync deals; making music for video games and for TV and making a good living but most people who want to get in the game right now are looking to produce music for Mr Leo and Daphne.

Then we have things like songwriting which I believe we have many good ones who are either trying to sing or who are out of the business and do not know how to break in. You do not break into the songwriting business by writing lyrics on a paper, updating your social media bios and then asking people to call you to the studio to write for them. What you can do is to meet a producer, work on a beat, record a demo and shop it around. By the time you get two or three labels to listen to your stuff and use it then you start being called to sit in the studio and work with the artist.

As concerns sports, we are completely leaving everything on the table. I’m not even talking here about FECAFOOT and the national league championship. Thats for them. Just as we are creating music on our own, we can start small sporting leagues and grow them. Sporting events remain completely untapped for their entertainment and financial value.

WIZKID’S LOSS & THE PROBLEM WITH THE GRAMMYS 0