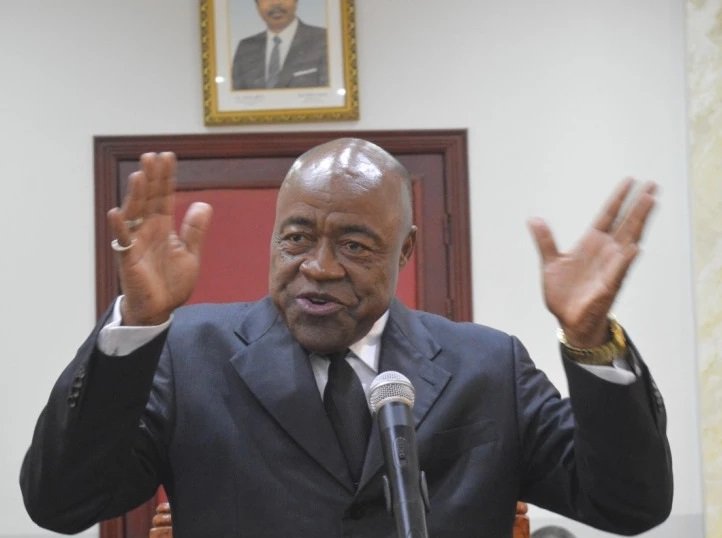 The Minister of Arts and Culture (MINAC), Bidoung Kpwatt has told lawmakers his administration is in the process of eradicating the persistent conflict plaguing different sectors of Cameroon’s art industry. He made the revelation at the just-ended November session of parliament during a sitting with the Budget and Finance Committee.

In the report on the Bill of the Republic of Cameroon for the 2023 Financial Year, the body cited among others, highlights of its exchange with the minister who was quizzed on different sectors of his ministry.

“[The Minister of Arts and Culture] mentioned that faced with the ongoing conflict in the arts industry, the government has taken a series of measures to clean up the industry,” read a portion of the report.

Lawmakers also asked for answers regarding the lack of respect of copyrights law as well as challenging plaguing the payment of artistes’ royalties, to which MINAC noted that the concern “falls within the jurisdiction of the organisations in charge of the joint administrative management of copyright and other related rights.”

“Furthermore, he noted that authors’ rights were paid to the Societe National Camerounaise de l’Art Musical (SONACAM), which is in charge of establishing the modalities for the distribution of the said revenue among the artists affiliated to this corporation.”

The Minister’s remarks about conflicts in the arts industry came at about the same time another fall out was being recorded, this time, in the National Actors’ Guild of  Cameroon (NAGCAM). This, was as actress, Stephanie Tum was prohibited from being voted as President by the incumbent, Fred Takum, during their November 26 Annual General Assembly in Limbe.

With the stalemate still unresolved, it adds to many other unresolved frays, with that of SONACAM still at the fore. Following the voting of Dr Ateh Francis Ngong aka Ateh Bazore to the helm of the institution in December, many had thought SONACAM’s problems would begin going away. Two years later however, the challenges remain many, and its members, more divided than ever.

Many are curious to see how Minister Bidoung Kpwatt puts these conflicts to a rest. MINAC during the just-ended session of parliament, it should be recalled, defended a budget of 5 billion 55 million FCFA.

THE SOCIAL RESUME: ARE YOU MINDING YOUR BUSINESS ONLINE? 0