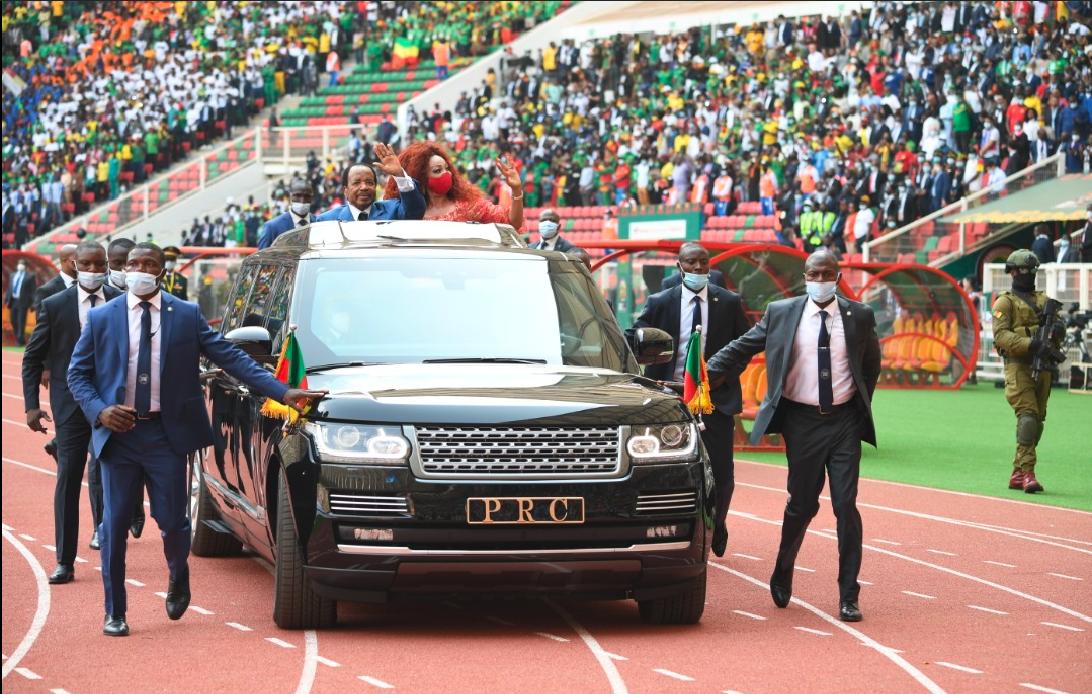 Cameroon’s Sports Minister, Narcisse Mouelle Kombi has revealed that the state has lost 42 billion FCFA to construction enterprise, MAGIL which was charged with completing the 60-seater Olembe stadium in the nation’s capital.

Minister Kombi made the declaration in a January 03, 2022 letter to the Secretary General at the Prime Minister’s office, where he outlined that the enterprise had carried out a unilateral termination of its contract on the stadium after receiving 76% of 55 billion FCFA set for the first phase of its work.

The Ministry of Sports, he stated, was served a 30-day termination notice by MAGIL on December 06, 2022. It was followed by another December 21, 2022 notice in which the enterprise noted that it would on January 5, 2023, have the matter arbitrated by an international court.

“At the same time, the company let us know that it will be requesting the ‘immediate payment of the sum of 10% of the market value in accordance with the provisions of Article 18.7 of the contract’ and will seek further financial compensation,” Minister Kombi’s letter read.

MAGIL’s move, he explained, is part of a long-time display of unreliability despite the state’s efforts to disburse huge sums for the job.

These, he noted, included the disbursement of 6 billion FCFA in April 2021 and 4 billion FCFA June of the same year.
But the woes were just beginning. “By the time this company took over the construction site,” Minister Kombi explained, the main stadium the hotel, the shopping center and the two training stadiums had already emerged from the ground. It is clear that after two years of work and 42 billion FCFA consumed… MAGIL has not completed any component of the Olembe Complex left by PICCINI.”

The official further cited deliberate slowing down of work, over-invoicing, double invoicing, and the exponential increase in expatriate staff as some malpractices by the construction company. The notorious 6-month break on the site that ran from October 2020 to April 2021, he went on, was a “pretext of lack of equipment,” another tactic by the enterprise to stall work and exploit government.

“All these tricks were intended to siphon the budget of the project with a view to obtaining a budget extension, since in addition to the 55 billion of the guaranteed loan, the costs of phase 2 evaluated by MAGIL, is between 65 and 110 billion,” he revealed, placing the total possible cost of the stadium at 250 billion FCFA.

In his correspondence to the prime Ministry, the Minister of Sports and Physical Education confirmed that there was a failure to take adequate stock of material left behind by PICCINNI before MAGIL took over.

“After checking,” he admitted, “it turned out that the stocks of material left by PICCINI and available on the site could enable the completion of the main stadium, its two annexes, the hotel, the shopping center and the movie theatre…”

In addition to these, the Minister’s correspondence further revealed that MAGIL still owes local contractors close to 3 billion FCFA, and Razel, 10 billion FCFA.

Despite unearthing MAGIL’s can of worms and admitting the lack of accountability, the Minister was careful to exonerate top brass state officials.

To him, the government alone is in order and the 2021 AFCON was hosted in the said stadium, thanks to its determination, through “patriotic and determined subcontractors under the direct supervision of officials of the Presidency of the Republic, the Prime Ministry and the Ministry of Sports”.

In proposing a solution to the current situation, the Sports Minister urged that government should demand the “immediate restitution” and “firmly oppose all financial claims of MAGIL.”

The politician added that subcontractors who took part in earlier stages of the work should be remobilised by the powers that be. Surprisingly, he did not call for any heads to roll despite the gross effects of failure to take stock.

The Cameroon government withdrew the construction rights of the Olembe complex from Italian enterprise, Piccini in late November, 2019. Minister Kombi at the time, cited among others, the “violation of social legislation characterised by the accumulation of workers’ salary arrears,” as reason for seizure of the contract.

He also mentioned that the enterprise lacked the capacity to deliver within contractual deadlines. The job was then handed to Canadian firm, Magil Construction Corporation. Forgetting the backstage brawls over the contract, many were quick to baptise the Olembe stadium as the Paul Biya stadium as the Africa Cup of Nations approached.

They cited its magnitude, beauty and elegance as factors peculiar to the nation’s president alone. Some also cited the proximity of the sporting facility to the Unity Palace where the Head of State resides.

“On behalf of all Members of the National Assembly, I have the singular honour to plead with deference that the Olembe Stadium be christened Paul Biya Stadium,” National Assembly Speaker, Hon Cavaye Yeguie Djibril in a House address in December 2021, had stated.

After overcoming fears that the stadium was not going to be set for the football jamboree, government had boasted of its ability and capabilities. This too was short-lived, cut short by a January 25, 2022 stampede prior to a Cameroon-Comoros game that left eight dead and many injured.

With that under the bridge now, it remains uncertain when the Olembe stadium will see the light of day with all its facilities completed as desired. Naming the structure mired in controversy after the President suddenly seems to be a far-fetched dream.

THE SOCIAL RESUME: ARE YOU MINDING YOUR BUSINESS ONLINE? 0