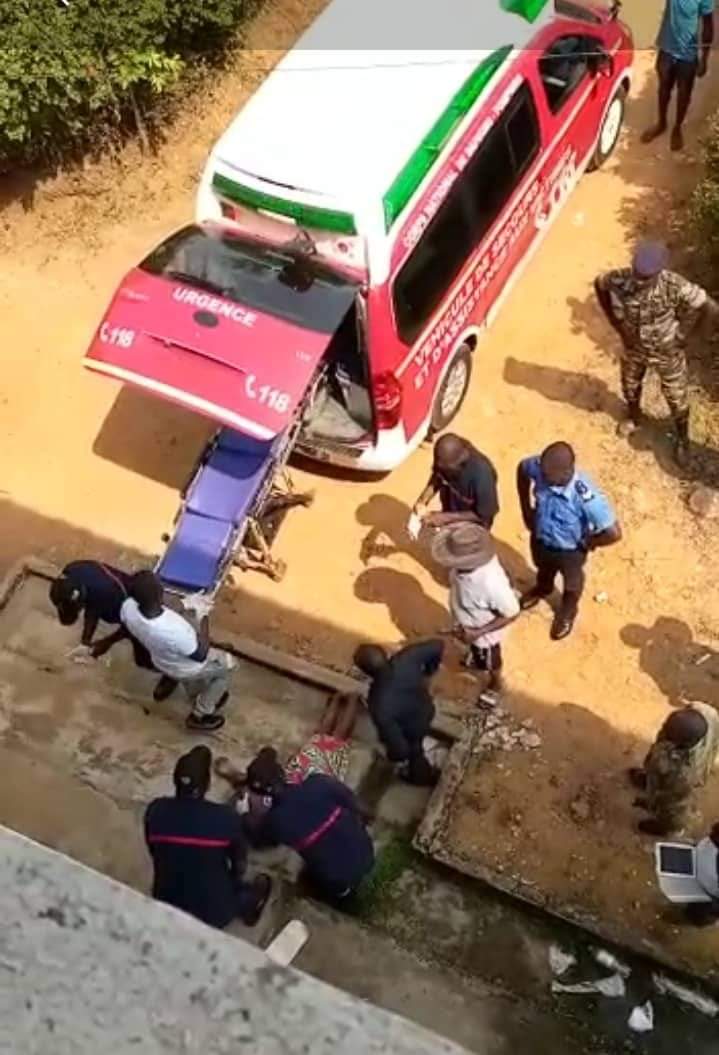 KRIBI: 17-YEAR-OLD KILLS HERSELF BY JUMPING OUT FROM FIRST FLOOR OF COURT BUILDING

A 17-year-old girl identified as Soppy Nelly Jordanne has given up the ghost after jumping out of a storey building in Kribi, South region of Cameroon. Nelly, Cameroon Tribune reports, had expressed dissent, unhappy with a judge for supposedly not believing her professed innocence in the courthouse.

Shortly after, she is said to have jumped out from the building’s first floor to her death. “fire-fighters arrived when the girl was already dead,” the media outlet quotes a source at the site of the event.

Following the incident, many have questioned the vigilance and role played by security officers/prison wardens that present at the time of the incident. Others too have taken to social media to question the safety measures available in the building as well as other public structures across the country.

While the facts of her case remain unknown at the moment, Nelly’s death to display her innocence sheds light on the thousands suffering injustice and hardship due to the delays or absence of adequate judicial processes across the country. In many instances, rights groups have urged government to speed up court proceedings and decongest detention facilities where thousands are made to wait months and even hears before having their cases judged.

Nelly’s death also adds to the rising cases of suicide especially among young people in recent times. Months back, (September 2022) Cameroon joined the rest of the world to commemorate the 2022 Suicide Prevention Day under the theme “creating hope through action.”

In 2021, experts revealed that Cameroon’s suicide rate had shot up to 12.2% in 2019, from just 4.9% in 2012. They recommended among others, the implementation of suicide prevention policies and training community healthcare givers on ways to prevent suicide.