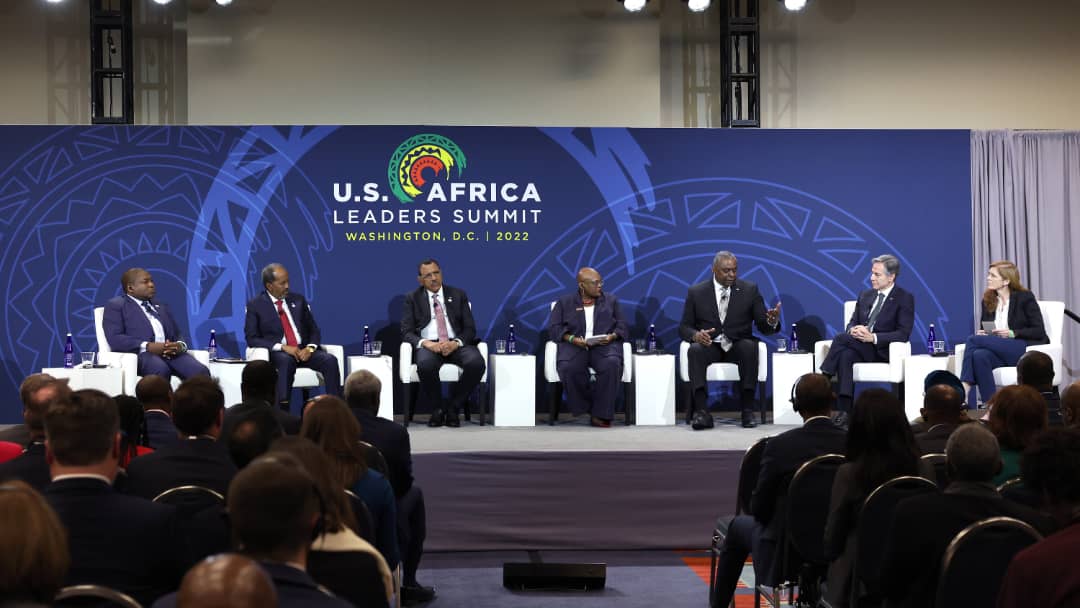 The US-Africa Leaders Summit enters its third and final day today. 49 African Heads of State were invited and have since been partaking in different sessions with US authorities. While some laud the move as the US standing up to competition from China and Russia, others think summoning all the continent’s leaders is making jest of their status and belittling the power they wield.

Regardless of where you stand, the summit is well underway and we might as well take a look at what some leaders have been up to so far.

These are a few key points raised by leaders of some of the countries partaking in the summit.

Currently one of the world’s oldest living (and serving) Heads of State, President Paul Biya brought all that to the summit. He presented a keynote address at the Milken Institute on 12 December 2022 during the Invest Africa-U.S Private Roundtable organised on the side-lines of the summit.

In his paper, he cited among others, the need for Africans to bead overdependence and fast track development. “Africa accounts for barely a tiny portion of the financial resources in circulation globally,” he explained, blaming this on the continent being “overly dependent on official development assistance which no longer seems to meet our needs.”

Among his solutions proposed, was ensuring natural resources are exploited on home spoil to provide for Africa, “a substantial volume of long-term capital.”

Jake brought in the figures when he revealed that the United States of America will dedicate the sum of 55 Billion US Dollars to the African continent in the next three years.

The US, he is quoted saying prior to the summit, is “bringing the resources to the table”. The official explained that Biden will seek to push for status of a permanent member from Africa on the UN Security Council, a worry many Africans have raised in the past.

Reuters also cites Sullivan saying the US President will appoint a special representative to ensure that decisions arrived at during the summit, are implemented effectively.

President Addo at the summit decried the beggarly nature of African leaders, urging them to take the right steps to development back home.

“Africans,” he said, “are more resilient outside the continent than inside. We must bear in mind that to the outside world, nothing like Nigeria, Ghana or Kenya, we are simply Africans. Our destiny as people depends on each other”.

Altering the current narrative about the continent (disease, hunger, strife) he remarked, will require a conscious effort and commitment of leaders to providing quality education, and skills that run the modern economy.

“If we stop being beggars and spend African money inside the continent, Africa will not need to ask for respect from anyone, we will get the respect we deserve. If we make it prosperous as it should be, respect will follow,” he told his peers.

The Ugandan leader is one of others to receive accolades at the summit. He was commended for his strides in combatting the COVID-19 pandemic and the Ebola outbreak in Uganda. This was at the Partnering for Sustainable Health session, with theme “Building Resilience for Healthy People, Healthy Countries”.

After receiving the accolades, President Museveni passed it on to Ugandan scientists whom he said played a key role during the outbreak of the COVID-19. This, they did, he stated, by conveniently incorporating traditional and modern medicine to save Ugandans and neighboring countries.

Geingob was one of other participants at a panel discussion on Advancing Digital Connectivity: Partnership to Enable Inclusive Growth Through Technology. The session which was part of the summit was meant to explore opportunities and challenges for the US and Africa to better collaborate to strengthen Africa’s dynamic digital economy. It also sought ways to better expand internet infrastructure, and advance inclusive, secure and sustainable connectivity.

Participants also explored ways through which stakeholders could improve digital skills and literacy and foster an enabling environment to maximise the potential of the AU’s Digital Transformational Strategy. The strategy among others, seeks to establish an inclusive, secure digital market in Africa by 2030.

Another participating African nation at the summit, Botswana has been given the go-ahead to host the Corporate Council on Africa’s 15th US-Africa Business Summit (USABS). The country’s president, Dr. Mokgweetsi E. K. Masisi described the June 2023 event as a unique opportunity “… to capitalize on and sustain the momentum from the US – Africa Leaders Summit in December 2022, and to highlight Botswana’s as well Africa’s unparalleled potential to advance trade and investment to the benefit of the people of Africa and of the United States”.

Nigeria has been known for doing its stuff big and its president did exactly that. Partaking in a panel discussion on ‘Just Energy transition’, he boasted of his nation’s comprehensive energy transition outline.

“Last year, Nigeria became the first African country to develop a detailed Energy Transition Plan to tackle both energy poverty and climate change and deliver SDG7 by 2030 and net-zero by 2060,” he explained.

The country’s Federal Executive Council, he went on, approved the outline and had it adopted as a national policy.

To achieve this however, Nigeria, he remarked, requires huge financial dedication, as delivering the energy Transition Plan requires $1.9 trillion spending up to 20160, including $410 billion above business-as-usual spending.”

On a wider scale, “for our clean market to scale, Nigeria and more broadly, Africa needs concessional, low-interest capital-led investments,” he stated.

The loud silence of ‘missing’ leaders

Despite the huge presence of African leaders at the summit, one would be blind to not feel the presence of Russia and China in the room. South Africa’s presidency days ago, confirmed Cyril Ramaphosa would not be partaking in the summit. The leader is currently facing hard ties back home and stands the risk of being impeached by lawmakers for allegedly breaching the constitution.

However, there are worries US-South Africa relations may only deteriorate, as China and Russia dig deeper into the soup. This, is compounded by Saudi Arabia’s desire to join the BIRCS (Brazil, India, China and South Africa) believed to have weighing consequences on the US’ oil security.

In addition to South Africa, the heads of state of Mali, , Guinea, Sudan and Burkina Faso are also absent in Washington. The US however, declined handing them invites to the party.

While their absence is seen as the US’ way to denounce military-led regimes, others believe keeping them away only makes it harder to arrest the situation and talk through democracy.

While the summit ends today, US-Africa relations don’t yet, the summit is a defining moment given global geopolitics at the moment. Who isn’t curious to see how it all plays out from here?