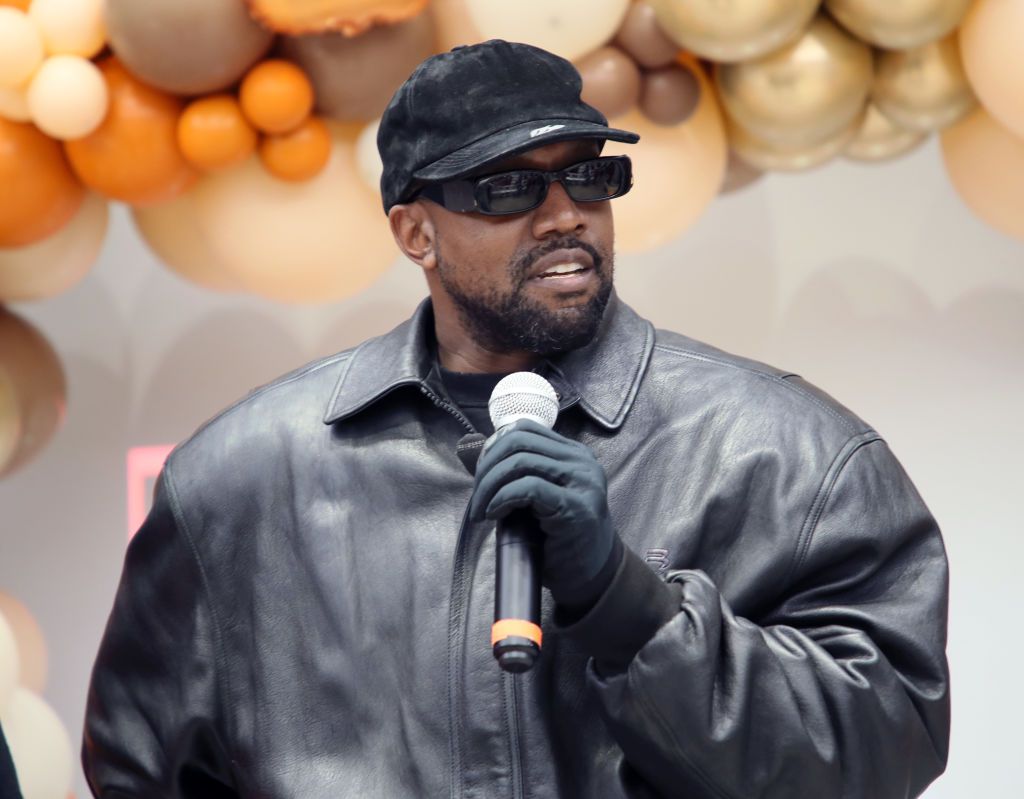 As would be the same for any other person, I do not agree with everything Kanye says and does. As an admirer and a fan, I sometimes cringe at some of the things he does but I realize as someone who is trying to innovate you break and damage a lot of things in the process.

Kanye’s main problem, if at all it is one, is that he doesn’t understand why as important as he is, he is not that important. The world does not believe his ideas are as important as he thinks they are. I think I have found myself in this mental space before. I searched and where I ended up was – “ You don’t have to change the world, just change yourself. and that is some idealistic BS.

The problem with the people that have a problem with Kanye, if at all it is one,  is also because they think they are more important than they are and their feelings are more important the world itself, they will destroy the world just to have it their way. These group of people are also very right. What I don’t agree with is how they try to paint Kanye as crazy and some sort of evil genius that is doing the most to bring division in the world. That is not only a false narrative but a being pushed by mainstream media seems like an opportunity that has been arrested  to deflect blame.

There is a reason we have laws, criminal and civil laws. For me, that is the original and the only acceptable cancel culture. We put people that commit crimes in jail. Besides that, nobody’s source of livelihood should be destroyed because of something they said or did. It is ok if it is a personal decision of a business owner who is in disagreement  to sever ties in such a situation but public pressure for businesses to sever ties with someone for something they said is out of place. It is in fact a first step on a very dangerous path. Which brings me to the money.

Yet again, another time when the powers that be tell us it is all about money. This illusionary thing created that if you just learn how it works, you will have a lot of it and your life will be plenty with fine things and happiness. I wonder how many of us never made that goal of getting on Forbes 30 Under 30. I wonder if some of the people who made it that you envied became worth 3000 Euros the day after the magazine was released because they got drunk and were caught on camera making a joke about some big gun.

30 passed you by but there is 40 Under 40, don’t give up just yet. There is a conference coming up next week to tell you just what you have been doing wrong and even though the last formula was guaranteed, this one is even more guaranteed. If you used it and didn’t see results, you need to go to the Vatican for prayers.  For $300, you’ll get full access to their network of people paying $300 to get access to their network.  Don’t forget your network is you net worth. You already know your $300 is non refundable. Add that to the fact that your network built over years can crash if you wear the wrong T-shirt. You can make of that what you will.

There is a set of people who can’t help but think Kanye is stupid and losing his money is him getting served. Like otherwise, they would feel pity for him for losing so much money if he didn’t lose it for saying something many more people think and say when the cameras are off. A part of them are hoping that Kanye will start a gofundme sometime soon so they can laugh and say “see?”

I didn’t make the Forbes 30 under 30 so I’m definitely one of those people who does not know how money works. My twitter account was sitting here, just being twitter. Elon Musk tweets, and the share value of twitter goes down. No employee died, no servers got burned, nothing changed in the daily running of business at twitter but Kanye is no longer a billionaire because Adidas announced it had cut ties with him. Not that shoe sales went down, not that shoes were pulled from the stores. A group of editors came together and said “Kanye is no longer a billionaire because we said so and it is true.”

Come to think of it, even Kanye was not  happy when Forbes wouldn’t write that he is a billionaire when he became one.  By now, I am hoping someone has not stopped to go and educate me on what net worth is and how it is not cash. At least I know that. Kanye needs to go collect his $140M in cash from CHASE bank. So why exactly and some of you sorry for him?

A lot of contradictions when you listen to him but life itself is a paradox. Kanye wanted so badly to be a billionaire and he can’t help but rub it to his mates in the group chat. You would think that now that he sort of ‘won,’ he’ll go do his thing somewhere but it is obvious that Kanye does not do anything for money. He only needs money primarily because that is how every other person measures importance which is what he has been trying to fight in a way that many can hardly understand.

Just before his breakdown and then bounce back to billionaire status, he was running around the internet asking for billionaires to bail him out. His life seemed to be over. Barber shop talk was on about how he can never make a billion like Jay Z because he does not know how to walk the corporate corridors. You know that talk about knowing how money works. Fast forward two years later, he is now worth five times Jay-Z or so he claimed.

My reaction then was, I won’t be shocked if he is broke again in two years because that is normal. Money for Kanye is a tool for exploration of his ideas, not a tool for power and control over others as it is being used by most people he is fighting. When you look at a concept like Sunday Service, you can see what money is for Kanye. A guy like Elon would be Kanyattitude if he wasn’t born into a situation where he didn’t have to fight for someone to believe in his ideas or capabilities.

We form habits. Sometimes, you fight so much that even when there is no opponent, you keep throwing punches. It is not easy to just snap out of that disposition. From being told that he couldn’t to doing and overdoing, his default position is to expect to be told he can’t so he is always on the offensive. I have a line where I rap “In our defense, we now attack.”

This is where people who are tired to riding this will attack me for making excuses for Kanye. Yes, I am. Kanye no kill person. Some of the people we admire over Kanye are responsible for genocides around the world but the grace with which they carry themselves make us want to bow in their presence and cry “Oh my LORD, teach me, your humble servant the ways of great men, that I too may one day claim humanity for my footstool. Accept the offering of my dignity and my freedom. From this day on, my mind shall be yours to shape in the ways of your infinite wisdom. I am indeed glad to have met you my God.” I’m not really go at booty licking  so I’ve probably done a very bad job.

There was a time when Kanye was wrong and the prove was that Jay Z went on to become a billionaire while he was $54 million in debt. So when he became worth more money than Jay Z, was he now more right that Jay Z? Definitely not. Jay Z is someone I definitely admire. I actually think besides being a little hurt, he understands Kanye and knows very well that there is nothing actually wrong with Kanye. He just understands that Kanye is not good for business and unlike Kanye, he has no Ghandi tendencies. He’s trying to stay a billionaire.

Many black people are happy that Kanye is finally getting served for his disparaging BLM comments, MAGA hat and the WLM T-shirt. Kanye was however still a billionaire until he went for the Jews. Corporations did not care to cancel him before. In fact, GAP got in bed with him after that. Now, they are first to distance themselves from him.  Again just to say it is all about money. If they were really going to lose money by cutting ties with him, they won’t. If they are actually losing it, it means the money is definitely the illusion that I think it is or the people who control it are so powerful that they only way to get to them is to not care about losing money.

By the way, Adidas is cutting ties with Kanye West but not with Yeezy. If you don’t understand, then you are like me who does not understand how money works. So this is just another opportunity for a huge distraction from the actual inquiries that Kanye usually comes up with, albeit in the most niggerish manner. Kanye is really every black person in America. What is actually going on is, he is disgracing the family in-frontront of the visitors they are trying to impress. He is that innocent child  embarrassing the father by asking the father’s, boss who is visiting, why he does not pay his father well because that’s what the dad said. That kind, they don’t need to know that we are complaining.

Kanye is not the problem.

The only time  Kanye will lose is when his mind will no longer be able to create. Until then, he has not lost anything. I will be writing more on why I hate money people and love idea people.