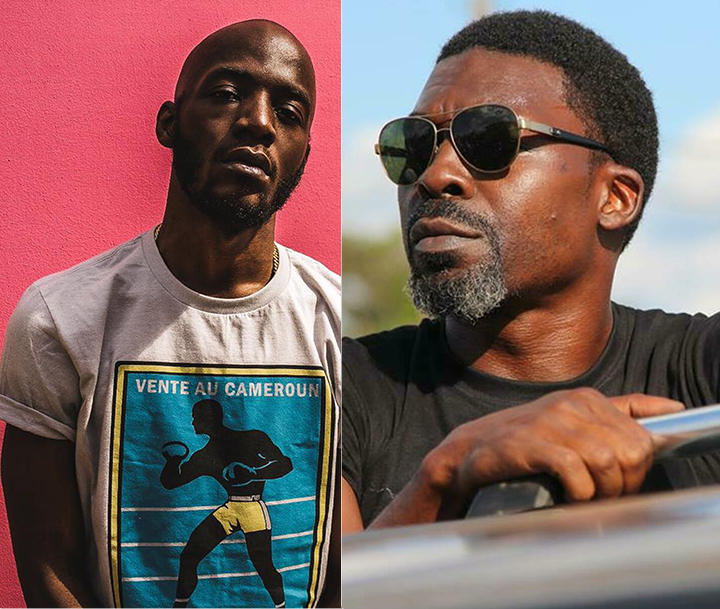 JOVI VS VALSERO: SMOKE WITHOUT FIRE

Most of the us have been following Valsero for a while and for the most part, his “Clinique de Papa” has been a place for us to get laughs and lessons. We have even had other celebrities like Minks and Mimie parody the show.

For the most part, many have accepted Valsero like an elder brother who has fought and been a victim of the system which most of us admit is the cause of many of our problems. It is that acceptance that has given Valsero the legitimacy to dish out advice and speak on many issues on Cameroon in the capacity in which he does.

Valsero’s video which got Jovi fuming with anger was quite different from many of the other videos he has been making. You could sense that he had been triggered. Usually, even when criticizing someone, he always makes sure to bring some balance to his criticism and his criticism is known to be focused on particular actions and particular people rather than sweeping generalizations but this one was different.

Valsero had clearly been triggered by something. He was speaking about the lack of solidarity between Cameroonian artists and the hypocrisy that surrounds their relationships, using the case of Mr Shyne’s arrest as a window. He was decrying the fact that many artists he has seen showing public love and brotherhood with Mr Shyne in the past are not coming out to speak on his arrest. He particularly took offense to a comment Mink’s made. Mink’s apparently said something in the lines of ‘He can’t be bothered about Mr Shyne while he went home with two girls after the Canal 2’or.’ I am sure Minks was joking if he actually said that but it is really a bad joke to make about a colleague who is facing such legal troubles.

Isn’t it ironic that just days ago, Tenor was thanking Cameroonian artists for the massive support they have been giving him (which is true by the way) since his accident? Tenor’s social media posts are not short of artists in the comments section with message of courage. To be fair, Tenor’s case was more publicized and more people know exactly what transpired. I have not been able to find out the real issue that Mr Shyne is facing besides “I hear Sey.”

It was in the light of the silence of many artists with regards to Mr Shyne’s arrest that Valsero called them out, reprimanding them of their cowardice. It is the general discontent with Cameroon artists’ use of their voice that made him sweep the entire room, but cowardice has levels and Jovi, in other ways has shown courage that many artists in Cameroon have not. Many are benefitting from battles Jovi has fought especially with regards to the music industry and its so called ‘culture vultures.’ It is understandable that Jovi will take with so much bitterness any mention of his name in the school of cowards.

On the particular subject of which Valsero was speaking, Jovi has been very clear in his music and everything that he eats with a long spoon when it comes to other Cameroonian artists. He is hardly ever seen showing too much love or cozying up with other artists. He is in fact the last person one will expect to stand up for a Cameroonian artists besides those who are currently affiliated with his label that we all know. His loyalty is apparent and I am sure if something were to happen to Reniss, he will be all over the place causing trouble. The rest, he has made clear without fear that he does not f with and we all know that takes a lot of courage in Cameroon, regardless of whether it is a good or bad thing.

So Valsero’s outing could have been done better or not at all but the milk is on the floor so here we go. How it went from what he was talking about to the Anglophone crisis and the plight of anglophone artists in Cameroon  is something only Jovi can truly explain.

Tara me I be na Cameroon

Maintenant on me ask de choisir

On a tous fait l’e’cole a’ Bamenda

In a time when Jovi had to use his platform to say just what he said to Valsero in his reply, he said what could be considered the exact opposite so I don’t see why  he had to take it there this time to defend himself. In fact, without the mention of Jovi’s name, Valsero would have been preaching a message Jovi has been preaching for a greater part of this career – the fake love and lack of loyalty between Cameroonian artists.

With regards to the above verse, I have never believed that was Jovi’s true opinion of the Anglophone/Francophone divide we have. I always felt like he did it for the sake of peace. I always felt like at that moment it was his way of preaching love over hate. It was his way of putting our similarities over our difference but as we can all see now, no matter how good that may sound, only the truth matters in the end.

So Valsero was wrong for mentioning Jovi if he was talking about lack of loyalty and hypocrisy amongst artists. While, Jovi had his career and music to use to defend himself rather than use his status as an anglophone. I can’t tell any of them what to do but I believe they are on the same team and someone just showed up with the away jersey for a home game and now looks like an opponent.

IS TECHNOLOGY KILLING OUR CREATIVITY?

THE THREE MARTHES: SYMBOL OF THE UPC’s WOMANIST IDEALOGIES.

VALSERO: THE REAL LESSON THAT MANY DON’T LIKE TO LEARN 0