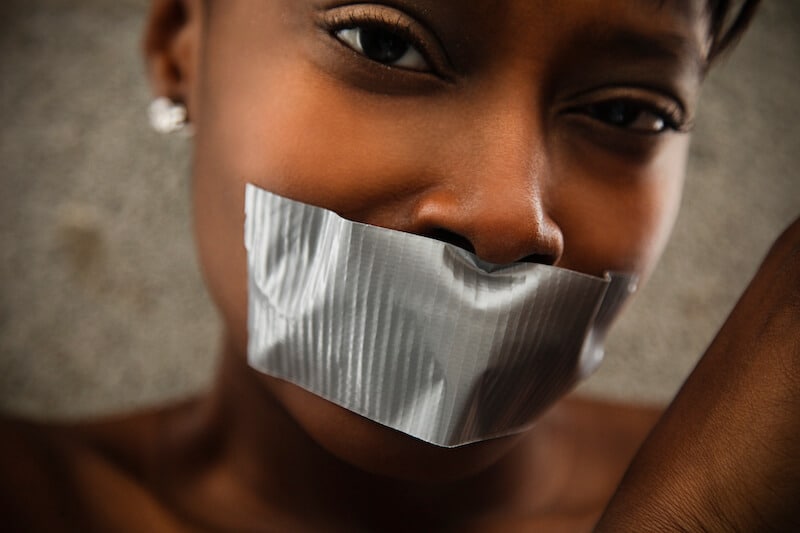 IS SILENCE TRULY THE BEST ANSWER?

The average person was raised with the mindset that suffering in silence is the ultimate sign of maturity. For some reason, our culture celebrates silence. Probably because it facilitates the manipulation and abuse of people at the bottom of the societal food chain.

People who speak up or question stereotypes and laws (political, social or religious) are labelled rebellious at the very least. Now more than ever, with the rise in mental health issues, we all need to understand the consequences of silence before choosing it in the face of situations.

Consider something as basic as food poisoning. It can lead to hours of Diarrhea if you’re lucky. Imagine being unable to pass waste in this state. I know it’s getting gross but you’ll see my point in a minute. Imagine all the toxins from the accumulation of that waste, the weight and what your skin looks like with all the sweat trapped in your pores. At some point, if we can permit ourselves to have a South Park moment here, there will be an explosion of shit everywhere or rotting of internal organs till the waste hoarder kicks the bucket they could have used to flush their toilet if they had let go.

The fact that the human body malfunctions to even a lethal extent when it holds on to waste is an indicator that hoarding negative thoughts and feelings is extremely dangerous for your mental health.

Think of your mind as a spring, your ONLY source of water which is life. Imagine people throwing trash into it, companies emptying their toxic waste and polluting it till it’s poisonous enough to kill. Imagine yourself sitting and observing them do all this in “silence is the best answer” mode. This will either result in severe depression which can literally kill you or your subconscious may fight back by causing you to unconsciously punish people who have good intentions towards your source.

This was the case of a close relative of mine who grew up in an abusive home. She covered up the abuse and to us who were watching from the sidelines, she seemed like an angel for not speaking up. It came to me as such a shock when recently, my kid sister who went to live with her, ran away because the former treated her exactly the way she had been treated in the past. This is just one of many stories of people who became different versions of their abusers because they didn’t open up. Most African communities do not believe in therapy.

Labelling people weak and immature for even confiding in loved ones is the reason why most victims of domestic or sexual abuse never come forward. The earlier we realize that silence protects the abuser and facilitates the reoccurrence of abuse, the better for us all.

If you’re going through something and you can’t share with anyone because of this messed up societal program, ashia oh! You are not alone. But here’s what you can do to avoid bleeding all over people who didn’t cut you
.
1.Before you confront anyone, be real with yourself about why you are hurt, angry or dissatisfied. Make sure that you have been truly wronged and not just being salty because you’ve been told a truth that requires you to become a better version of yourself. Calling out your own BS is one of the best things you can do for yourself. Realize that sometimes it’s about you learning to handle criticism, unpleasant people and situations

2. Have a calm conversation, stating the issue and how you felt about it without necessarily throwing outrageous accusations and insults around. Learn to express how you feel about something someone did without concluding on their intentions. Give the offender a chance to express their perspective on the matter. Just listening to their side can reveal an intention that did not deserve your wrath or dissatisfaction at all. If this approach is met with hostility then you ought to understand that this person’s problems are bigger than you. After all hurting people hurt people. Some situations will, however, require you to be hard on the offender to get them to adjust or avoid contact with them for your peace and sanity.

3. Confide in someone you can trust if the person who hurt you is unwilling to listen. We are often told not to complain when things go wrong but sharing your disappointment can actually help you release the negative energy, so you can accept and move on or find a solution. It’s OK to talk about it, just don’t dwell on it forever. Let it out and let it go.

4.Be careful what you tolerate, you are teaching people how to treat you. But, do not expect people to respect standards you haven’t communicated especially in your actions. If you, for instance, want to be addressed politely, address others politely. Also, make peace with the fact that some people don’t want to and will never meet your expectations.

5.As much as you can, avoid just throwing a tantrum at every random annoying stranger. Not every argument is worth your time and energy. Pick your battles, my people.

I strongly believe that a balance in the application of the above perspectives will greatly enhance our personal peace and improve communication in our relationships.

If in your heart you feel like you want to contribute to society’s mental health, start by listening. Listen without judgment, to understand and not to reply. Protect the information shared with you in confidence. Let the people around you feel safe to confide in you. You must not give advice, just listen. Sometimes people need to hear themselves talk to figure out their solutions. We may not have therapists but hey, at least we have each other.