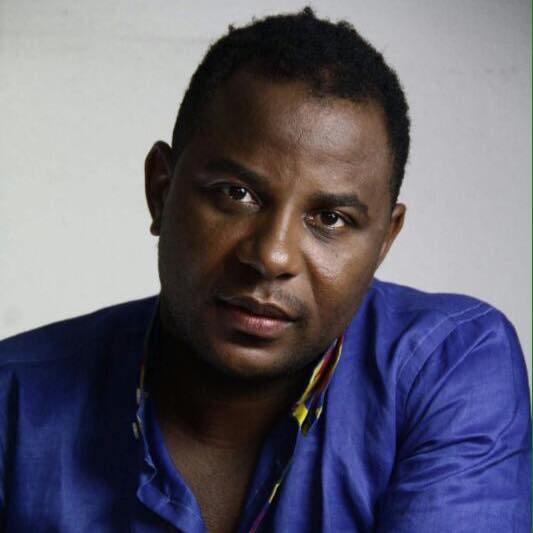 Koppo is the type of guy you could see at your neighbourhood money transfer agency. He could be standing there by the window of the teller, unassuming, quietly filling a form, dressed casually in a tee-shirt, jeans, and sports shoes. And it would not strike me you as odd.

But then again, why would it? He would looked exactly like…Koppo. Exactly like the relaxed, simple, and unassuming guy I had seen on talk shows and TV interviews.

When “Si Tu Vois Ma Go” came out in 2003, the hip hop scene in Cameroon was beginning to seriously take off. Nabil Fongod was hosting a popular hip-hop radio show in Douala at the time and Ancienne Route, Bonaberi was really ancient. It was the Francophone rappers that really started the movement. They brought with them that pure old school hip hop mentality when the art form, substance and content was upheld over everything else. And it made sense when you consider their influences were the likes of MC Solaar, Supreme NTM, I AM, Pit Baccardi, Kery James; all of them, pioneers of the French hip-hop movement.

If one goes back to listen to the early records of Ak Sang Grave and Krotal and one will be wowed by how much artistry, philosophy, rhyme, cadence, content…you name it, that those guys packed into their albums. It was amazing that 20 and 21 years old at the time could bring that much maturity in their lyrics.

If one goes back to 2003 one would meet Charlotte Dipanda at 18 years old, still singing alongside Jeannot Hens in the cabarets of Douala. And so, when she put her voice on Koppo’s “J’en ai marre” perhaps neither she nor Koppo knew how much that record would be a major turning point for rap music in Cameroon nor how much of an influence it would have in what is now one of Cameroonian rap’s pillars of authenticity.

Because, you see, at that time most of the Francophone rappers and rap groups all rapped almost exclusively in French. DJ Bilik and the Zomloa Famila, Big Bzy, Rasyn, VBH, Bobby Shahman, Lady B… you name it. Sometimes they would a do a song with a few lines or a chorus sung in one of our many languages. And that zeitgeist made sense. Cable TV prices were dropping in large cities like Douala and Yaoundé where the rap movement originated and mainstream rap music from overseas was gaining a wide audience in Cameroon. American rap music influence was heavy. Even XLM squad, the one, prominent Anglophone rap group from that time sounded very American.

The rappers at the time stuck more or less to the formula and save for the sound which had a tinge of Cameroonian music in it, everything most rappers did was a reflection of the American hip hop scene. I’m talking baggy jeans, bandanas, throwback jerseys, durags, a piece of plaster on the jaw like Nelly…

No doubt it was also a period of self-discovery.

And then came Koppo. With no chains, no Timberland boots or baggy jeans. Just an unassuming guy with short dreadlocks and with a style of his own making; a slow cadence, almost lethargic, and done in a language that no one at the time must have thought would be suited to hip hop; Camfranglais.

While Cameroon hip-hop history would attribute that particular style to Boudor le Noirokaire it was KOPPO who brought the style to mainstream recognition and prominence.

His very first single “Si Tu Vois Ma Go” talks about bush-falling and resonated fully with the audience. The song was a major hit at the time; I daresay as big as Hein Pere (for those who are not familiar with the time). It received massive airplay on radio and on TV.

And it was not just that one song, it was the whole album; Emma, Kotta, Confessions, Hommage a Foe, J’en ai marre. Every song on the album dealt with something that everyone between the age of 17 and 22 at the time could identify with. Coincidentally they were the ones consuming rap music the most.

And Koppo’s delivery, that slow flow so reminiscent of Doc Gyneco (a popular French rapper at the time), made it easy for anyone who had a good grasp of Camfranglais to hear every word and fully understand every song on the record.

Suddenly, it was cool to rap in Camfranglais. The floodgates opened and just about every rapper switched up their writing to embrace this unique piece of the Cameroonian identity. Finally, rap music, which is about youth culture, finally had something that was ingrained in our youth culture; a language invented by our own youth.

Fast forward 15 years later we have the Tenors and Maahlox and Mink’s and Franko who basically sing in Camfranglais and have exported Camfranglais to places beyond our shores. Today we have Ivorians saying “Je yamo la musique-ci” in the comment sections of Locko’s and Mr Leo’s videos on YouTube. Jovi and Young Holiday rapping in Pidgin is also not the result of some coincidence.

The influence of Koppo lingers like a shadow behind these rappers and Afropop singers and follows them everywhere they go and stand in the light to show their art. It is truly wonderful when we start to grasp the length and breadth of the influence of Koppo today. Funny enough, when his album was released, his style was heavily criticized as well.

Today he is one of the unsung hero of a musical revolution going on in our country. History sometimes has a bitter way of reminding us who we used to be.

THE BRAND AMBASSADOR BUBBLE IN CAMEROON AND WHY IT NEEDS TO BE BURST. 0

IS THERE AN ANTI-RAPE DRESS CODE? 0