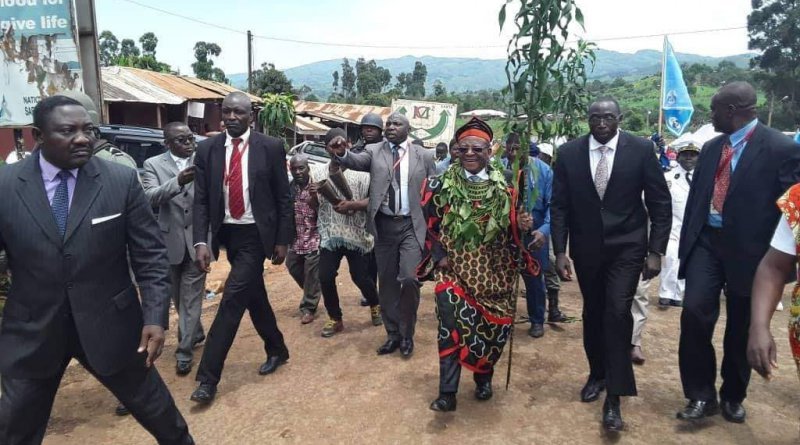 When Joseph Dion Ngute was named Prime Minister of Cameroon on 4 January, 2019, many heaved a sigh of relief. Even though it was the same system in place, many were glad they got to see a different face after ten long years of Philemon Yang under whose nose the Anglophone Crisis fast became what it was at the time.

He had as immediate challenge, to forge a path towards mutual understanding, as the rift between government and separatists had arrived at a stalemate. His major immediate task, was to oversee the Major National Dialogue trumpeted by government as a messiah solution to the armed conflict.

During the 5-day session, government paraded repentant separatist fighters, and set relatively rigid terms for diaspora actors to participate.
But once the process was over, PM Dion Ngute wasted no time to make his presence felt.

He conducted field visits to the Anglophone regions, with the aim of meeting the population and even paid a visit to the town of Bamenda which at the time, was a no-go area for many state officials. He braved the odds, and failed to cower even at the sounds of gunshots that marked his presence in the historic town.

During his Bamenda visit, the official met representatives of transporters’ syndicate and trade unions, representatives of economic operators, women’s groups, youth groups and the Mbororo community, as well as traditional and administrative authorities, giving a listening ear to them all. He conducted a similar exercise in the South West region, meeting grassroots actors and elites alike to chart a way forward.

It was also under his watch that the Presidential Plan for Reconstruction and Development (PPRD) of the North West and South West regions was set up and has been operating since 2020. The initiative is meant to restore social cohesion, revitalize the local economy and rehabilitate/reconstruct basic infrastructure in the war-torn regions.

But the PM is not for the North West and South Wes regions alone. While the armed conflict often seems to overshadow his other functions, PM Dion Ngute has not been covered by the crisis’ dark blanket. He again stood at the fore of the response plan against the Covid-19 pandemic when it hit Cameroon like the rest of the globe.

But one would be mistaken to say the ex-University of Yaoundé student is a saint. Much like his predecessor, a lot of water has flown under his bridge in the last four years. While his reign has been heralded for introducing the much improved calm in the Anglophone regions, it has also witnessed a series of mishaps Cameroonians won’t forget in the long run.

One of them is the gory gun attack on a school in his native Ekondo Titi sub division in November 2021. The attack by separatist fighters left four students killed. Ironically, it came at a time multiple government ministers, their leader inclusive, had been trumpeting the return to normalcy and government efforts to boost security.

Five months later (March 2022), another separatist attack in the same town left the Divisional officer and six others dead. These opened up the old wounds of his residence torched to the ground when he was still Minister in charge of Special Duties at the presidency.

Like other similar attacks (remember Kumba, Ngarbuh), it again sunk low the trust bestowed in government and the security forces by the population of the affected regions. This, many argue, remains a dent hard to wipe even for one of the most charismatic PMs Cameroon has had in a while.

After his first year at the helm of affairs of the state, many thought of PM Dion Ngute as a moderate, a seasoned administrator who had evolved with the times and one who understood that accountability and citizen participation are essential to restoring law and order in any clime.

Yet, this position is proving harder to sustain by the day, as more violations and acts of violence continue to go under the radar, or unsanctioned.

The past four years have also seen an increase in calls from human rights bodies for the violence in the Anglophone regions to be checked. Many have faulted separatist fighters and government troops for unspeakable acts of violence against civilians.

The instances only add to the likes of the 11th of February 2021 [youth day] torture of Jean Fai Bongong, a resident of Ndu village in the North West region, by the forces of law and order.

The act happened days to the first anniversary of the Ngarbuh massacre [February 14] still in Ndu, conducted by soldiers. To date, victims of both happenings are yet to get solace as the wheels of justice remain slow.

A second war waged by the Cameroon government under the Dion administration, was that against the Covid-19 pandemic. One fallout of the war won, was the deficiencies in the healthcare system. Surprisingly, government also rose to the occasion, stepping up communication and reaching out to even the most remote localities, with the word.

But while fighting the virus, long fingers were able to pilfer into funds meant for the exercise, to the tune of hundreds of millions, if not billions. This was confirmed by the audit bench of the Supreme Court which in a report cited overbilling, suspicious contracts and other lapses that left billions of FCFA ‘missing’.

Despite all these happening under his nose, the PM’s fist has failed to clench and no heads have rolled. This not only displays his perceived lack of ability to rein in ministers under his command, but also raises eyebrows over what may actually be happening behind the scenes.

Four years is a long time to enact change and turn a whole lot around. Granted, it is an arduous task doing so under a stiff-necked and rigid authority.

Yet, after this time, many begin to become weary of the face, the media outings, the speeches and the strategies.
After four years, many faces may no longer beam as much when they hear the name and fewer hearts light up in hope for a solution to their challenges.

It would not be a bad time for the politician to reiterate his position and regain his once admirable stand. Of course, it would take a lot of will and a lot more effort to get there.
But in the end, it may not even be worth it.

The administrator is appointed, and so has an account to render to his superior and not directly to the Cameroonian people. It would hardly be in his interest therefore to be in their good books, especially in case of divergence of views between both entities – a very common phenomenon.

After four years at the helm, is there anything he wished he could have done differently? His actions and of course, inactions in the next few years would tell.