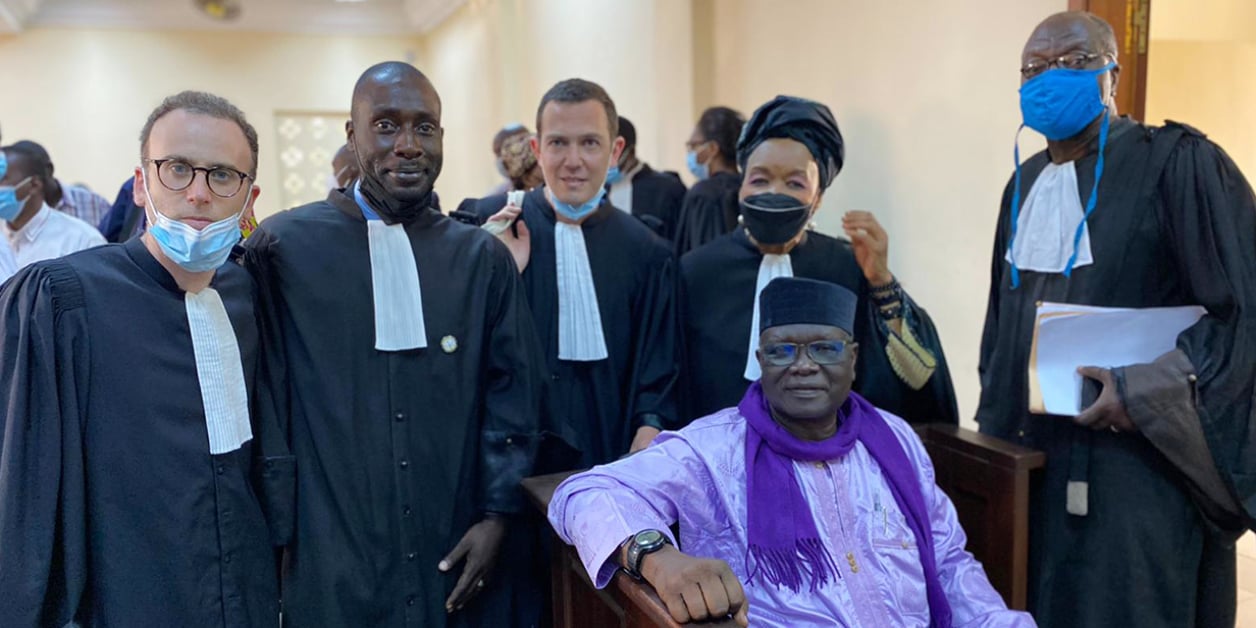 The dust is yet to settle over the sentencing of former General Manager of the Cameroon Radio and television, CRTV, Amadou Vamoulke by the Special Criminal Court in Yaoundé on Tuesday December 20, 2022. Mr Vamoulke was handed a 12-year sentence and a 76,000 USD (47 million FCFA) fine, after being found guilty of embezzlement to the tune of 600 million FCFA.

He was sentenced at the end of a trial that lasted six years, and his case adjourned over 130 times. His co-defendant, former Minister of fiancé, Polycarpe Abah Abah who is already serving a 14-year jail term was again slammed 17 years behind bars.

Like many others that have gone the ‘Kondengui way’ before him, Vamoulke declared his innocence to the end, and termed his arrest and detention, a political hunt for his uprightness and candid views. In a tear-jerking 6-page submission to the Special Criminal Court on December 9, 2022, two weeks before he was sentenced, the former CRTV boss said he was still in extreme disbelief. “Am I an authentic citizen of this country?” he questioned the court.

He went on to cite his feats while at the helm of the CRTV, including his intolerance towards the ‘gombo’ syndrome and back deals meant to enrich individuals at the expense of the enterprise.

“As many know, I had voluntarily moved away from state jobs for about ten years when I was asked to run CRTV. What is hardly known is that I only accepted the offer after a long hesitation, having an idea of the immense difficulties that this company was going through,” he told the court.

Presented with a juicy salary of 8.9 million FCFA monthly, Mr Vamoulke said he settled for the sum of 3.6 million FCFA instead. “For the eleven years that I spent at CRTV,” he revealed, “that makes more than six hundred million (600,000,000) FCFA which was thus saved by the company and which was probably used for essential activities.” He further cited a rise in production budgets, the amelioration of transport and studio facilities both at the radio house and TV broadcasting studio, thanks to his management. Still lauding his management skills at the helm of the CRTV, the incarcerated former official said after obtaining funds from the state for a project, there was left, an excess of  200,000,000 (two hundred million) FCFA.

“When another emergency arose, instead of reapplying for assistance, I just wrote to the Minister of Finance to report the existence of a remainder for which I was requesting authorisation to use,” he explained. Ironically, he said, a large team was sent to sweep clean the structure and verify if there was more money than he was reporting. “‘Return this money to us quickly’ was the response to our request,” he stated. To him, officials could not believe he had saved the state such money with any genuine intentions.

Despite this, his downfall from the helm of Cameroon’s state media institution was as hard as it could be, with the case adjourned over 138 times for the six years he was in jail. Vamoulke attributed these to bad faith and careful plot by enemies.

“The lesson I draw from this story of enemies … he declared, “… is that when intrinsically bad people have official means allowing them to satisfy their misanthropic tendencies, that is to say people without empathy, they install misfortune around them and create this kind of situation that we all deplore.”

Still, all these could not keep Mr Vamoulke out of the biting jaws of the system. The process spanned late into the night, with the reading of 600 pages minutes of proceedings taking up to ten hours.

Vamoulke not giving up yet!

Mr Vamoulke’s sentencing puts to rest both internal and external pressure on government to provide a speedy trial or set him free altogether. In 2019, the UN Working Group on Arbitrary Detention had stated that the incarceration of the former General Manager had “no legal basis”. “The violations of the right to due process are of such gravity that they confer an arbitrary character on Mr Vamoulke’s detention,” it added.

Responding to Tuesday night’s sentence, the Committee to Protect Journalists, CPJ said it was “a monumental travesty of justice and could be tantamount to a death sentence.” Reports suggest his legal team has also lodged an appeal at the Supreme Court, as it cited among others, lack of prosecution witnesses during the trial.

While many applaud their incarceration, the snail pace of the judicial system remains a top concern, as well as the outcome of court decisions that often fail to recuperate the billions embezzled. The revelations made by some of the officials now behind bars too, have remained a topic of interest to many a Cameroonian, suggesting there is more to their arrests and trials than meets the eyes.

It is in line with this, that Amadou Vamoulke told the Special Criminal Court his wish is for more of his compatriots to “… become aware of the excesses of a justice (system) that contributes more to the disintegration of social ties than to its strengthening.”