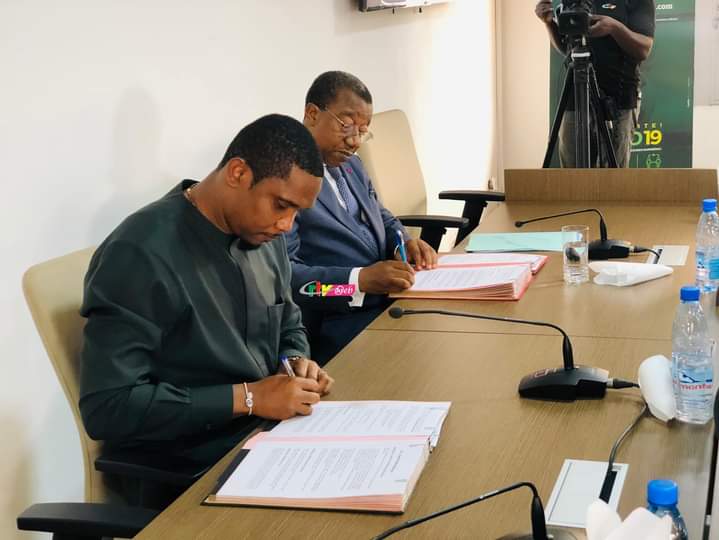 Local football leagues and related activities in Cameroon are expected to be given wider coverage on national television, CRTV henceforth. This is result of a partnership between the media institution and the Cameroon Football Federation, FECAFOOT sealed December 22, 2022 in Yaounde.

The agreement was penned between the heads of both structures, Charles Ndongo and Samuel Eto’o and is expected to provide exposure on home-based talents in the football domain, as well as spike interest in local football.

Going by the deal, all outlets of the state institution would be involved in the production of football related content and coverage of local football activities. Both institutions are yet to divulge more information on the nature and depth of the agreement.

In a November 2022 interview with Canal 2, Eto’o it should be recalled, had promised to release much he had in store for Cameroon football.

“The players told us they wanted something different. I have been a player and I know what it is about… There is a lot they wanted….” He explained.

He went on to add that the FECAFOOT budget he defends, is meant to make the situation better by the time he leaves office, thanks to his team. “Everyone sees just me but I have a huge team working behind the scenes. I wake up from sleep at 4 a.m. and start calling everyone to ensure they have carried out their tasks,” he added.

The latest deal between CRTV and FECAFOOT also follows multiple complaints over the nature of content provided by the sports broadcaster. In mid-2019, the CRTV launched a third official channel – CRTV Sports and Entertainment, to cater for the sporting needs of its audience. It is believed the latest move will also save the outlet from continuous criticism from viewers and tax payers.

BUSINESS VS EMOTION IN THE MUSIC INDUSTRY