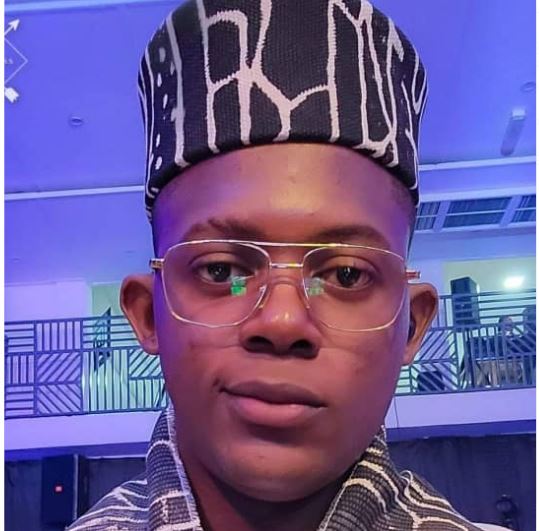 EVERYTHING WRONG WITH TENOR’S APPEARANCE AT THE CANAL 2’OR

Sometimes I feel reluctant to write about the happenings in this country because more often than not, emotions trump reasoning. People are quick to tag you ‘oversabi’ when they are incapable of doing simple research to find out things they should know.

It was really sad reading the comments of some people one would expect to have more experience and a better understanding of certain things. Jules Nya wrote about everything that was wrong with Tenor making an appearance at the Canal 2’OR’ to the point of accepting an award and giving a speech. I do disagree with Jules that Tenor was not to be nominated or awarded but, on the fact that he was not to attend the show, Jules is right – not only from a PR perspective but also from a legal standpoint.

It is rather unfortunate that we have a very mediocre media landscape or maybe I have just been too disappointed that I do not actually trust the media to do the right thing and hence I do not follow many media outlets. Whatever the case, Tenor’s case is supposed to be a teaching moment. I feel for Tenor and I expressed that in my last write up about his drunk driving case.

As a young man in his shoes, it could have been me and lord knows I would have prayed for the tolerance of the public. I however will not try to downplay the gravity of the situation. I do not wish to see Tenor’s career go down the drain because of the unfortunate situation in which he finds himself but if we live in a society with laws, then justice must be served. I am not naive to think that we don’t live in a society where the powerful and connected can bend the law to suit themselves, but as bad as injustice can be, justice should at least be seen to have been served.

If I am not mistaken, Tenor was initially denied bail and eventually granted bail for health reasons. His case is still in court and he has not yet been judged. If that is the case, appearing at an award show with his social media love interest, mounting the stage and giving a speech in which he announced a tour is a sign of him being in good health; which should terminate his bail automatically.

I have previously opined that even if Tenor was not to serve any jail time (which should not be the case), he should be kept away from the public eye for at least a year. Going about his business while another family, victimized in part by his irresponsibility, is still grieving is not only an insult to that family but also an insult to the intelligence of the rest of the nation and a complete trashing of our justice system.

After the accident, we saw many people trying to put the responsibility on the girl who passed away. I get it, she should have known better and she was out of her own volition. That however does not negate the fact that drunk driving is a criminal offence and when involuntary manslaughter becomes involved, it is not something we can just brush off and ask people to leave the kid go on with his life. He will go on with his life, after due process.

That he attended the ceremony was already bad enough. His demeanor and speech while on stage were even worse. The noisy minute of silence he called for was also a testament to the general psychosis that is plaguing this nation. It was an indication that most people in that hall will not even understand why I am writing this article, to them it is a matter of letting the dead bury the dead and letting those who are alive continue the party.

Instead of taking some time to show remorse, he went on to mix his case with all the road accidents in Cameroon; a verse in the song that some people who have been fanning his flames have been singing. After all, he is not the first one to have someone killed in a road accident; after all, it was an accident and nothing intentional. After all, the girl will not come back even if he spends 5 years in jail. If those are not the thought patterns of delusional people, I don’t know what is.

He also made sure to make his ‘win’ not about him but about all Cameroonian artists. How it was a moment for all who think Cameroonian artists are not together to be proven wrong as they have all been in support of him. He asked the crowd to clap for his team and his mother before announcing his national and international tour during which he will be sensitizing about road accidents. I mean, in Cameroon, it now suffices to mess up and go buy bags of rice for IDPs to make it all right.

To think the case is still in court, he was basically saying he is on top of things and to him, it was already over. Well, maybe he knows something we don’t know and it could be possible that the case is really over; after all, we are in Cameroun. There was no display of remorse whatsoever on his part. It was obvious that whoever is advising him has made it clear to him that Ericka was a groupie who got served and he did not have to hold himself accountable for her death.

To those who still see nothing wrong with all that happened, I hope you are not one of those screaming ‘no justice, no peace’ with regards to the anglophone crisis. If Tenor is not back in a holding cell today, then I want to believe we have been tested and we have proven that we as a people have lost our bearings and we have become accomplices to the injustices we all face on a daily basis in this country.

I always say freedom is in Cameroon like it is nowhere else in the world. When the accident happened, I realized many people don’t even know there is such thing as laws in Cameroon. Many were asking the girls parents to have pity and forgive Tenor. To them, that was enough for Tenor to walk away free. In fact, in Cameroon, someone can borrow your money and then get you locked up for asking. It is versions of bullying like that, that have made people think the law is the man with more political or economic power.

Again, I expected to see some arguments I saw from high school kids but some of the people that I saw saying “So he should not continue his life” just made me realize we are a century away from a sane society. I cannot remember how many times we have had debates on drunk driving with my friends. Some people always pull up that “When I am drunk, I drive better” and we have to keep reminding them that even as most of us do it, you are never a better driver after drinking. If someone were to film you driving after drinking and show you later, you will know that.

DO NOT DRINK AND DRIVE. WHEN YOU DRINK, DRINK RESPONSIBLY.

Your life and career are more important than getting wasted.

THE QUEEN IS DEAD. LONG LIVE THE KING? 0