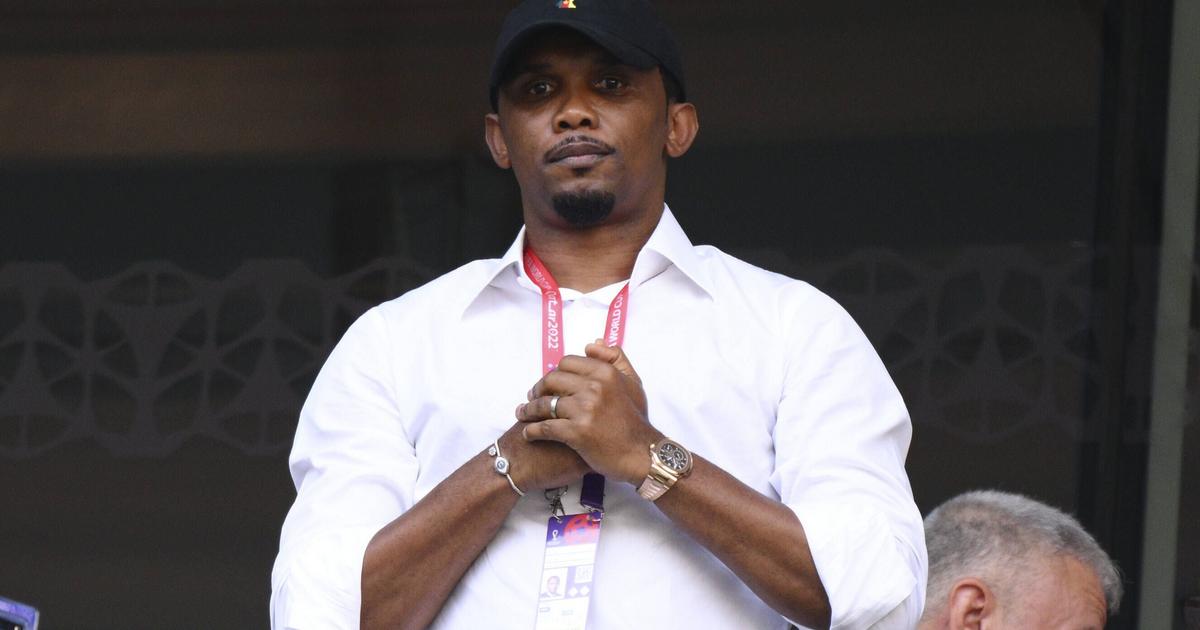 It is rather unfortunate that even after issuing an apology to the public, we still have to try and make many people understand that there are no excuses to be put forward for Eto’o’s episode of violence against the Algerian YouTuber. Be reminded that Eto’o’s apology was directed at the public and not at the YouTuber.

We Cameroonians have recently been on a quest to declare our country a continent; probably because we have managed to develop a peculiar way of looking at the world – a worldview that tends to distort reality in what can be considered to be complete delusion.

As a public figure, a government official, and a FIFA World Cup Legacy ambassador, there is a certain civic responsibility that Eto’o is supposed to uphold. He failed in doing that. We all acknowledge that to err is human but making excuses for his action is setting a precedent for more violence.

Some of us in trying to justify his actions cited a law in Qatar that forbids taking photos or videos of someone without their permission and using such footage for defamatory purposes.  We conveniently ignore that the penalty for breaking the said law is stated in the same document and does not constitute or in any way give the victim the responsibility of law enforcement.

Most of what I read on social media reminds me of the conversation we had after Tenor had an accident that killed a young lady. Many tried to blame the young lady and were adamant that Tenor did not need to suffer any punishment. I understand that after living and suffering so much injustice, the average Cameroonian actually believes the law does not exist and everything is a matter of situation.

The recurring excuses were “Eto’o is human,” “Verbal abuse is worse than physical abuse,” and “You cannot harass someone for so long and expect him not to react.” We are so used to throwing quotables around like programmed robots. I bet you the same people will say things like “You are responsible for your actions and not my reaction.” That is why I have no respect for Tik Tok philosophers.

We would all agree that Shakiro is one of the most bullied and verbally abused Cameroonians. Should Shakiro be fed up and set fire to the home of someone who has been trolling him – are we going to show the same sympathy? Please don’t tell me not to compare apples and oranges because that is another Tik Tok philosophy that no one has ever stopped to question why.

If the Algerian that was harassing Eto’o was the size of Francis Ngannou, would Eto’o have attacked him out of anger? I guess not. He would have thought of other methods of getting back at the guy. In the video, we can see Eto’o handing his phone to someone before launching his final attack. That means he still had his senses and was not acting out of mere anger.

There are many ways Eto’o could have handled the situation that will preserve the dignity of his persona and the positions of responsibility that he holds. I am sure in retrospect, he feels the same way and will definitely act differently in the future when confronted with a similar situation.

In my opinion, the current situation between Cameroon and Algeria must be handled diplomatically. All the internet rage between citizens of both countries, as Eto’o mentioned in his apology letter, can lead to a more tragic situation. That Algerians have invested months of their lives crying about missing out on a World Cup tells you this is not just about football.

We must be careful about making this situation escalate to a war between citizens of both countries. I am reminded of a Cameroonian player, Albert Ebosse, who died while playing for JS Kabylie in Algeria. The Algerian Football Federation claimed he died in hospital from a head injury sustained after a fan shot him with a tile as he left the pitch. An independent autopsy by the family revealed that he died from a severe beating. Video evidence also showed him leaving the pitch surrounded by police, not injured as said in the official report by Algerian authorities.

His team was eventually banned from pan-African competitions for two years and forced to play home league matches without spectators. The Algerian league and Ebosse’s team have however not kept other promises of financial compensation to his family.

Just recently, we saw many Cameroonians being ousted from Equatorial Guinea with some receiving inhumane treatment. Whenever Cameroonians are in trouble somewhere in the world, our government serves them with abandonment. I am bringing up these cases to demonstrate why we must not make this a street fight but rather a diplomatic one. There are many Cameroonians resident in Algeria, either working or schooling. Some are our family members. Think of the fear they have to live in.

If Eto’o in his apology letter still had to call on the Algerian authorities to put a leash on their crazy football team supporters, it means the situation has not been taken at the magnitude at which it had to be taken. Algeria’s authorities have definitely been partly responsible for pushing the narrative that Cameroon bribed its way to the world cup by not outrightly calling its citizens to be respectful of FIFA’s ruling on the matter and of Cameroonians.

The Ministry of External Relations minister Lejeune Mbella Mbella just defended a 38 billion 795 million FCFA budget in parliament for 2023. What is that money for? It is the place of this ministry in collaboration with FECAFOOT to put pressure on CAF and FIFA to call Algeria to order. If Algeria cannot show good sportsmanship, they should be suspended from participating in the sport and that is what we should be pushing for using diplomatic instruments.

As the president of FECAFOOT, Eto’o has the power and the tools to handle every situation diplomatically. The street fighting should be left to those who don’t hold a position of power. The people of Qatar are not like Americans that will use this opportunity to lynch Eto’o. With his connections there, I am sure this will be swept under the rug. It is rather unfortunate that he used his power to put a no-name, useless YouTuber on the map.

It is evident that Eto’o just had a Will Smith moment. His breakdown is not just because of Algerians trolling and harassing him. He is definitely going through a lot more. The weight of responsibilities at FECAFOOT and all the issues surrounding the national team selection for the World Cup is getting to him. Despite declaring multiple times that he is not into politics, it would be naive for anyone including himself to believe that.

Do not be surprised that the punishment for his lack of restraint in Qatar will come from his enemies within the Cameroonian government who can use that to question his capacity to handle a diplomatic mission. For all those saying he should have at least dislodged a tooth, just know you are setting him up for slaughter by the same people you want him to fight for you.

Eto’o needs our support, not our excuses.

COULD MULTI-DATING BE THE SAVING GRACE OF MODERN ROMANTIC RELATIONSHIPS? 0