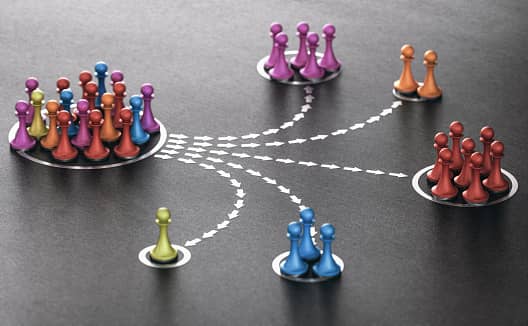 Systems! The lines between the creator and the creation have been blurred. So, we are the system, and the system is us. Or so it appears.

It started with a discussion and gradually escalated into an argument. The effects of alcohol on human behavior. Quite an interesting topic to explore except in this case, the concerned had morality issues. Some argued that a drunk girl throwing herself at any man, or a drunk man spilling secrets and being rude could be blamed on the alcohol. The others said it was their character and the alcohol was just an excuse. Unable to unite their views, the discussion took a new angle.

The recent financial changes or say updates by the government. Top on the list was the rumored increase in university fee from 50 thousand to 300 thousand FCFA (UNCONFIRMED NEWS on www.kongossa.com). The pain in their voices was shining bright like the sun. Complaints kept pouring in as the conversation evolved. The possible increase in household gas and petrol prizes as government announced withdrawal of subsidies. The continuous augmentation of taxes and the steady leveling up of inflation. The future wasn’t looking bright at all.

So, in all these disastrous decisions which evidently were crippling citizens while government plays blind, deaf and dumb; one thing could be blamed, ‘THE SYSTEM’. Was it the President? it couldn’t be because he’s way too old. His members of cabinet? Who exactly will you point to. The ever-ready defense force to crack down any attempt at disobedience? The citizens too scared to take any real action?

Whatever face we give it, the system was, is, and continues to be our problem in this country. From the look of things, it has eaten so deep that doing away with it seems impossible.

Also, during their discussion, the question of change came up. Was change even on the horizon? The system seems to have corrupted everyone. One could hear them boldly saying they won’t do otherwise if ever given the position and power. All the while suggesting that change would only come if the entire generation was wiped out. Funny enough we all know the impossibility of achieving such a feat. Long story short it all ended in the usual acceptance of the hand life has dealt us.

I then began to wonder; do we make this system, or the system makes us?

We can simply define the system as a way in which a country operates, how its affairs unfold and are run. Ours we could say is a system of bribery, corruption, mediocrity, embezzlement, retarded growth, frustration of the masses and poverty to keep it short. In such situations who makes what? Who is the creator and who or what is the creation?

So, we’re born into a society and economy that’s rotting and dying. One of the rare cases where our “shege” is served on a platter of Gold through citizenship. Do we continue to carry the flag high, or we make an attempt to change our fate? Is it even possible for us to tell the creator from the creation?

The choice is up to us.

YAOUNDE: WHY AVENUE KENNEDY HAS BEEN PARTIALLY BLOCKED FOR ONE YEAR NOW 0