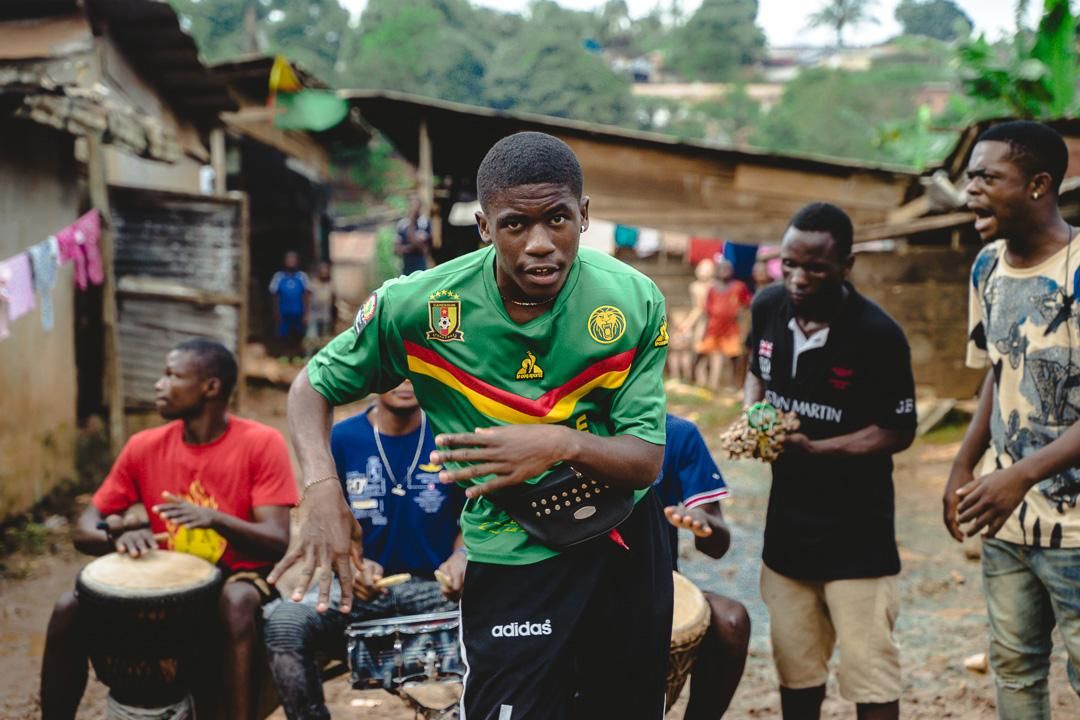 CAN MBOLE GROW TO BECOME A STRONG MOVEMENT?

Mbole music has been around for a decade and is only just starting to take shape and form as a brand of music of its own. 90% of that time, it has lived the newly-minted social media buzzword that is the trenches. In this particular case, it is as close to the trenches as it could be.

Mbole potentially has everything it takes to be a movement. While it seems to be going more and more mainstream, it still has the characteristics of a niche movement as most of the grassroots performances are still limited to specific neighbourhoods and much of the music is still played via live instrumentations and Mbole meetups where kids from neighbourhoods in Yaounde meet to sing and dance are usually performative in nature rather than in a synthesised manner, like say in a nightclub where everyone meets to dance to the music.

That being said, the prospects for growth are there and it will take some time for the music to be refined and gain an even larger audience than it does now. Not to mention branching out into different sub-genres

But so far as movements go, Mbole has everything it takes to be more than what it is today and become a real urban movement. The basis of the music is already there. There is a certain drum pattern, there is a characteristic dance style and the music revolves (for now) around a particular number of themes and uses a particular language and singing style. The music has a specific origin and there is a subsection of Cameroonians that identify with it and relate very closely to it

This is already a good basis. But for a movement to thrive, it has to be able to include more people in its fold. Mbole is largely music that is born from socioeconomic disenfranchisement. For the music to be inclusive, and grow into a movement, there is no way people are going to step down on their standard of living so they feel like they belong. There is no cult-like philosophy in Mbole that is coded in a leather-bound which will cause people to step down the social ladder. Everyone wants to go up it, not least the creators of Mbole and those benefitting the most from it today.

For the music to thrive into a veritable movement there are two to three things it needs. The first of which is to build a powerful brand. The aesthetic side of the branding no doubt. One of the things hip-hop did was to make the streets seem cool. The major vector of this coolness had its epitome in the 90s when baggy jeans and throwback jerseys were a core identity of hip-hop. Fashion and style have always been part of hip-hop right from the early days of Run DMC but at no point was it as evident as it was in the mid-90s to the very early 2000s. Everyone bought into that coolness.

Mbole comes from the streets as well. It will be up to the people in the Mbole circle now to decide if they want to make the streets seem cool or if they want to, by their visual aesthetics they will bring to the movement, make people look beyond the street and aspire to something better. That and other aspects of how they intend to brand or rebrand the music will determine how big the movement will grow and if it will be sustainable in the long run

The next thing will be to flatten the curve for everyone; i.e essentially reduce the barrier to entry. This is a rather interesting point as the most prominent face of Mbole today, Happy D’Efoulan, is not exactly a welcomed figure in the hardcore Mbole community. He is said to have ‘stolen’ the song that made him popular (Tchapeu Tchapeu) and the issue of the song he interpolated on “Mamat” did not help his case.

The issue here now will be to decide who the true Mbole artist is. Will that be on the basis of someone who has lived the life and walked in the shoes of the conditions that created the movement? Or will it be open one who can play well on the sound? Should it be open to people who are exclusively going to make music based on the sound or will a few tourists here and there be allowed to occasionally dabble in it?

As much as one cannot actively gatekeep music these days, it is important that the Mbole community reflect on these questions and decide which direction they want to go. Although again this is idyllic as there is no instance in which one will see actors from the Mbole community sit down together and say this is how they want things to g,o and sign a decree to enforce it. These things will happen naturally as they usually do. Eggs will be broken along the way, insults will be traded on social media, alliances will be forged, and some open discussions will be had. But it will boil down to the different actors and their own idiosyncrasies, and that is how the future of the music will take shape.

This and who the audience will choose to listen to and whose shows they will attend will ultimately determine how the genre will grow and morph, and whether or not it will establish itself as a viable and sustainable musical movement, never mind its current promising potential.