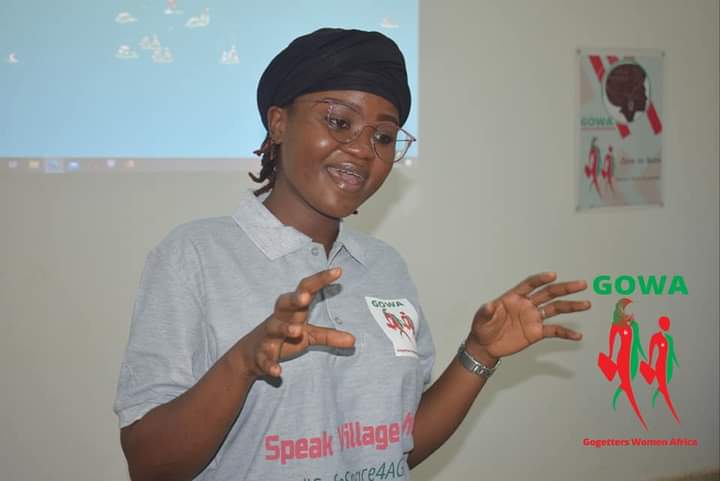 Rekiatu Musa, a reporter for the Cameroon Radio and Television (CRTV) is one of three reporters across the globe to emerge winner of the 2022 Global Media Competition on Labour Migration. The contest was organised by the International Labour Organisation to mark the December 18 International Migrants Day.

Rekiatu was picked among two others; Dal Punjab and Katie McQue, from over 300 entries from 95 different countries. The competition, the ILO stated, “aims to promote quality reporting on labour migration issues, as balanced and ethical reporting play an important role in addressing stereotypes and misconceptions, as well as highlighting the positive contribution migrant workers make in their origin and destination countries”.

Rekiatu’s story was titled Wonder women: central African refugee women raising the ceiling through entrepreneurial skills. Focused on Central African Refugee women in Ngam and Borgop settlements in the Adamawa region, the report highlighted the women’s entrepreneurial skills and their struggles to stay financially viable amidst the turbulence of migration and insecurity.

It also examined ways through which the women are working to break cultural barriers and the stigma meted on them by society and culture.

Rekiatu’s and others’ winning stories, ILO Migration Branch head, Michelle Leighton explained, “Highlight the persistent challenges of countries and stakeholders in reducing the threats faced by millions of migrant workers across the globe…”

“Yet, the stories are also testimonies of migrants’ and refugee workers’ … resilience. Through exemplary reporting by journalists, migrant workers’ contribution to economies and societies is becoming more recognised,” Michelle Leighton added.

In addition to working for state media, Rekiatu Musa is an investigative journalist covering aspects of humanity, rights of women and girls, and the inclusion of people living with disability.