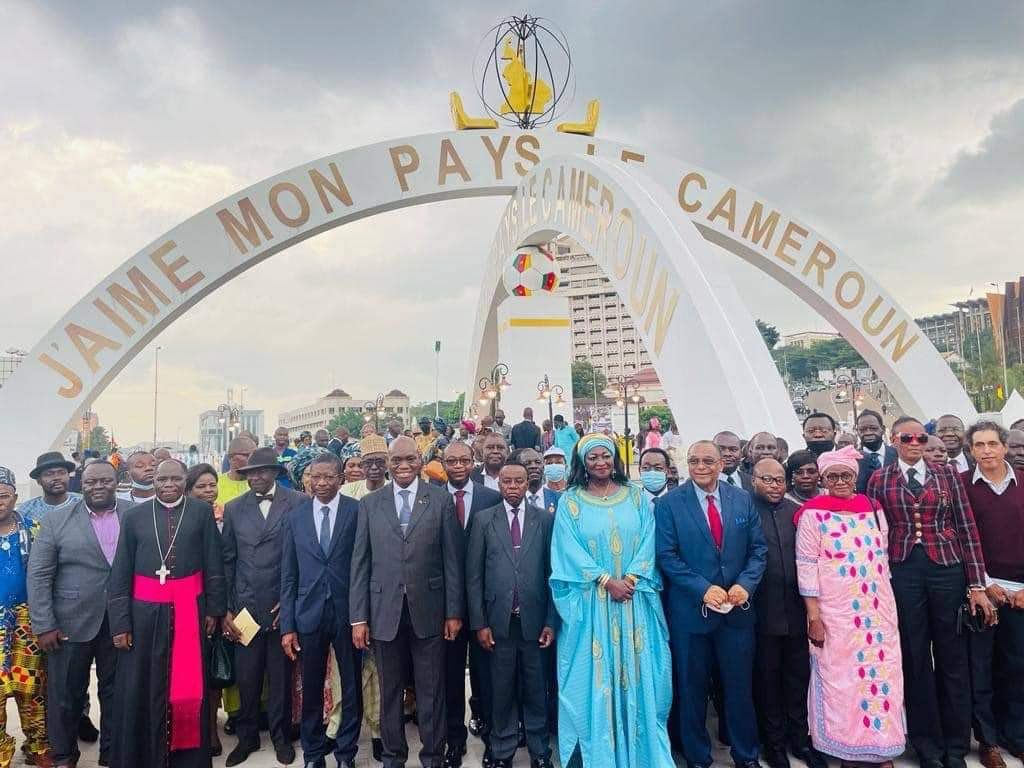 CAMEROON & THE POLITICS OF EMPTY SYMBOLS

A friend of mine often jokes that when Paul Biya leaves power, a special budget will have to be voted in the National Assembly to remove his portrait from every office in Cameroon. Any self-respecting Cameroonian certainly knows how much that portrait that dates back to the 80s, occupies a central place in every office, home, or random wall on which it is hung; with the wry smile of Paul Biya projected into every angle of the room, like a watchful spirit.

Interestingly, that is the only thing that this country has been able to maintain over the years. Everything about that photo has remained intact. Not even the sands of time or the stooping burden of age have added a single wrinkle to the smile of the handsome middle-aged man in that portrait. Nothing indicated that that smile, which people in the 80s may have taken for wanton optimism, was actually a portentous warning of the unique flavour of misery we would eventually be living in today.

And our ministers have quite the amorous relationship with that photo. It is almost as if it is the umbilical cord to which their call to service is tied. They pose proudly in front of it in official photographs and in the most unholy act, move it from the wall to a couch so that it is caught in the frame of the camera when they are being interviewed. They use it to tell the unconvincing lie that we all live in the big, beautiful house surrounded by a bucolic landscape where birds fly from tree to tree and chirp from everlasting to everlasting, and that the astute gentleman smiling in the photograph is the architect of it all. In actual fact, the walls of the big house on which that portrait is hung are all falling apart. It even seems the portrait is the one thing holding the walls together – or so they would have us believe. That portrait is perhaps the main of many symbols that have been created and often repeated with pomp and pageantry to stitch together the breaking seams of the disunited dispensation that is Cameroon.

You must know these many symbols, each one of them just empty as the next one. Symbols that have no philosophical bearing, no communion of purpose, no cognizance of our realities, or tangible points de chute; Emergence 2035, Cameroon of Great Ambitions, Cameroun Des Grandes Realisations, One and Indivisible, Rigour Integrity & Moralisation.

The latest addition to these vapid and vacuous symbols is that gargantuan eyesore of a monument that professes the duplicitous love that Cameroonians supposedly have for their country when in reality, everyone wants to leave it, some even at the risk of dying in the desert. Yes, I am talking about that bland nonsense unveiled two days at the newly-baptised “Carrefour J’aime Mon Pays.” Cameroonians, in their usual response to the umpteenth abuse they have suffered at the hand of the government, have used their legendary penchant for humour to mask their pain.

They want us to love and pretend to love a country that does not love us back. Even Francis Ngannou who they are trying to erect into a symbol today ran away from this abusive home we all live in, risking his life in the desert to be able to make something of himself. They turn a blind ear and deaf eye to the real truth – that for every Ngannou that makes it, there are dozens of Cameroonians who meet their end either buried in watery graves or have their carcasses half-covered by sand, and half picked apart by desert animals. The totem pole on which they are they are trying to erect Ngannou isn’t made from sturdy iron mined in Balam, via public contracts that are transparent and from which Cameroon gets its fair share. Instead, it is made from the rotting wood of bad governance, corruption, abuse of power, and every other load of ill that Cameroonians have had to carry on their backs since 1983.

Even the policy of Rigour, Integrity and Moralisation that one could give some benefit to, for at least having some philosophical bearing and a tangible roadmap, has not survived Cameroon. It is gathering dust in libraries, and unlike the symbol that formulated it – the one that still thrones on office walls – it has been mummified and turned into a Dead Sea scroll that no one can translate into the realities we live today, so adrift it is from the shores it was meant to be anchored.

Symbols are important. Every country uses symbols, both tangible and intangible to unite people in a common purpose, to remind them of a painful or a glorious past, and to usher them into a future of progress – a future that is built around the well-being of the citizen. These are real and the symbol is just a representation of the real work that is being done or done before by people who accomplished something of note.

Of course, politicians are not angels and many will use such symbols as a political tool for various reasons. But while elsewhere these are used, even with the most dubious intent, to justify being re-elected, there is actual work done via which people can justify the symbolism.

In Cameroon however, it is a different thing. Here, we play the politics of vacuous symbols. Everything is empty. Even the way we formulate slogans and themes in this country is something of the utmost ridicule. Take for example the themes for The International Day Of The Woman, Labour Day, or Youth Day. Sometimes you cannot even make head or tail of what those who came up with those themes are trying to convey. And it gets worse when it is translated to the other official language.

Nobody really cares. All they know is that they just have to come up with something and they just look up the most talked-about issue and come up with the most disingenuous theme that is long enough to cover a banner that can be held up during a parade. The more difficult it is for the crowd of hungry onlookers it is to read the tiny characters and understand the theme, the better it is.

That’s what we have become; a country of lofty dreams where goalposts are perpetually shifted and every emptiness shouted loudly and repeatedly enough to the point that some of our countrymen actually buy into the lie. Sadly, it is the poorest and the most vulnerable that wrap themselves in this emptiness. Can we really blame them? They have been made to not see further than waking up every day to struggle for a morsel to put in their stomachs. Never mind social security, that will take care of itself. And every other bridge of misery will be crossed when it is got to.

Today is May 20th, and in a couple of hours, we will see a parade full of empty symbols and slogans which our beloved CRTV will not fail to make us know, over and over for the next three days, what thrived.

Welcome to Cameroon where we all love our country.

IS TECHNOLOGY KILLING OUR CREATIVITY?