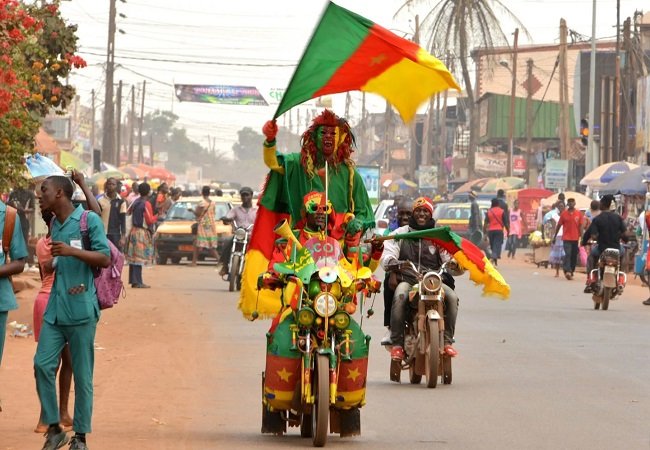 CAMEROON CONTINUES TO DEFY THE ODDS AMIDST AFCON DRAMA

The road to host the ongoing edition of the African Cup of Nations has been a very bumpy one for Cameroon. With the title of one of the worlds best footballing nations, the pressure has been intense. We must not forget that Cameroon was due to host the tournament in 2019 but was in November 2018, stripped of that privilege by the Confederation of African Football (CAF). Every football fan who is knowledgeable of Cameroon’s historic image in football will know that being stripped of the privilege to host was a big blow to Cameroon’s reputation and the pride of Cameroonians.

Nonetheless, football remains the place where Cameroon stands tall and will always be the thing that will bring Cameroon its glory. Up until December 2021, it was being said that Cameroon is not ready to host the tournament. The numerous concerns brought the president of the CAF to Cameroon who seemingly needed some reassurance. Amongst those concerns was the ongoing political unrest in the country.

Today we are in the knockout stages of the tournament and many of the fears and concerns have not come to light. We have so far had one of the most talked about and interesting African Cup of Nations in a long time. Football once again has proven to be a great unifier and Cameroon, despite all the shortcomings, has proven to be the king of African football, not in records and performance but in football culture in general.

For a nation that has been given very little trust, hosting the AFCON in the midst of a pandemic is a first for any African nation. Even the European cup was distributed between different nations and the burden of management was spread. Cameroon has had to deal with all of it alone and must be given the credit due.

The round of 16 game between Cameroon and Comoros is however not one of those games that Cameroonians will like to remember. Hours before the game, 6 Cameroonians ( according to official reports by CAF) lost their lives and a few dozen were injured when fans attempted to rush into the stadium before the gates were closed. That tragic incident showed once again the love Cameroonians have for football in general and for the Indomitable Lions in particular. Without the pandemic and all the safety rules put in place, this AFCON, despite already being historic would have had a lot more allure and grandiosity.

It has been 50 years since Cameroon hosted the AFCON; too long for a country with a youthful population that loves football. Very many young Cameroonians would love to experience the games first-hand at one of the marvelous stadiums now available; hence the rush. Cameroon went on to win in a lackluster performance against a Comoros team that was handicapped by COVID-19 cases amongst its players, without a professional goalkeeper and an early red card; something which many tried to blame on Cameroon.

No one is ignorant of the unwanted role COVID-19 would play in this tournament. Even before the tournament started, many teams were dealing with COVID cases. Before the tournament, CAF guidelines outlined that teams who have a COVID 19 outbreak must field 11 players even if they do not have a fit goalkeeper and any nation unable to fulfill a fixture will forfeit the game 2-0. Checking fans into the stadium has also not been a very easy task. For a country that was thought to be unprepared in December 2021, Cameroon has once again proven that it is highly capable when put to the task for the world to see. It is maybe the element of surprise that has seen a lot of bad press towards Cameroon as host of the tournament. Cameroon is a country that is plagued with numerous problems but football and hospitality do not feature on that long list. Even when Cameroon has fielded mediocre squads, it has managed to leave a mark on the game. From Roger Milla to Samuel Eto’o to out of the box team kits, Cameroon has always brought more than just football to the game and is on the way to continuing doing just that with football legend Samuel Eto’o as the new head of Cameroon’s football federation.

When Samuel Eto’o announced his intention to run for the post, he stated it was time to “launch the reconstruction of Cameroonian football.” Since assuming his new office, he has been very proactive, giving even those who criticized his candidacy more hope for the future of Cameroonian football. Despite is managerial abilities being questioned, Eto’o was the one that all the youth of Cameroonian wanted to lead the federation and his win was celebrated by young people across the entire nation. Less than a month before the start of the tournament, social media was rampant with conjecture of the Africa Cup of Nations being postponed at the behest of Europe’s biggest football clubs. Eto’o was out to put that skepticism to rest and tell the world Cameroon is ready for the challenge. With numerous world class stadiums now in place, and a football federation president that the people know and want, one can say the future of football in Cameroon is something for the history books in decades to come. The greatest fears for this AFCON have not materialized. Cameroon has been a good host thus far and the tournament has done what the government of Cameroon hoped it will do – bring Cameroonians together to welcome and celebrate Africa together with the visiting nations. With many games left to go and more history to be made, the Olembe incident will definitely push the organizers and the government on Cameroon to do more to ensure the safety of player, visitors, and fans because the reputation of the entire country is in question.