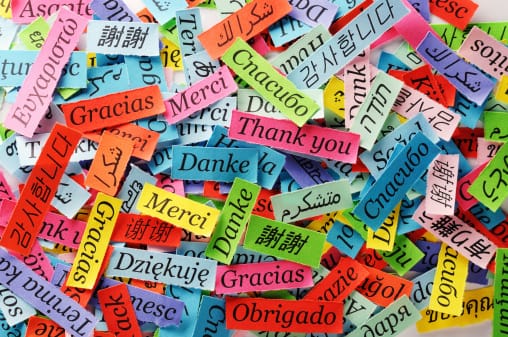 If we asked some Cameroonians to name the social ills plaguing this country, bilingualism will surely make the top 3. Since reunification, bilingualism somehow rose to high ranks, always on the discussion table for one reason or the other.

As History tells us, the reunification of the East and West Cameroon’s, an amalgamation of diverse peoples who due to their status as former trust territories of France and Britain walked to the drawing table with two uniquely inherited languages. To be fair and just to all the peoples, both languages were immediately adopted as “official” languages of the country.

Many decades later, bilingualism seems to be at the center of all chaos ensuing in this country. It is never absent on the blame list when things of national interest go sideways. One will start to wonder if bilingualism is actually a bad thing.

For the most part, any arguments on bilingualism always involve shade, disappointment and discontent. We hear how bilingualism is a failure, we mock translations in either language on a daily, we don’t even see eye to eye with our brothers on either side. We jeer at government efforts which of course are quite laughable, evidence in the absence of results and real change.

To further make matters worse is the fact that the reunification was some sort of merge because one part far outnumbered the other part and so just like a river to a lake, one gets absorbed by the other. Only except in this case the cubes of sugar remain insoluble (I don’t know if it’s a good thing). Communication outside any zone becomes a nightmare, haunted by poorly behaved citizens.

Nothing hurts like not being heard or understood. So, at this point let’s stop here and conclude that bilingualism is a hinderance and the worst thing that happened to Cameroonians especially those of English expression.

Yet if you’re a true lover of growth, development and our dear fatherland (unfortunately it’s ours) you will wonder if bilingualism is truly a hinderance or it is simply a mirror reflection of who we truly are, the type of individuals and citizens we are.

A lazy, proud and entitled breed!

Agreed we were not served bilingualism on a platter of gold, does it mean we reject it, declare it bad and throw it away?

Being able to speak another man’s language is an underrated skill. Yet we sit and fold our arms, whine and complain whenever we get stuck in a situation where languages differ. We blame the language and never think we are our own obstacle.

You would even hear someone say Francophones flooding Anglophone schools is a way to completely take everything away. Completely blind to the fact that bilingualism benefits whoever possesses it.

Learning another language is not easy but it us not impossible. Why do we take German lessons before travelling to Germany despite speaking English? Because it plays to our advantage.

I know a friend who gained a job in a top Chinese company because she could speak Chinese, English and French. A real asset she was and is because communication is a primary need. She took it upon herself to learn Chinese while studying in China and it got her a job When her certificate couldn’t.

Being able to express yourself in more than one language has benefits such as:

Nobody is coming to save us; nobody will magically make every Cameroonian bilingual for our sake. My dad condemned me to Studying in Yaoundé after secondary school with the simple reason that I had to become bilingual (Je pense que je fais de mon mieux dans ce domaine). I only realized the gift he was giving me recently.

Our inability, lack of effort and refusal to be bilingual is a choice we make. We can either let bilingualism be an impossible obstacle to us, cursing and cussing everyone from colonialization to the wars or we use it to reflect our growth game and development tendencies.

THE KEY TO DRIVING CHANGE IN OUR ENVIRONMENT 0