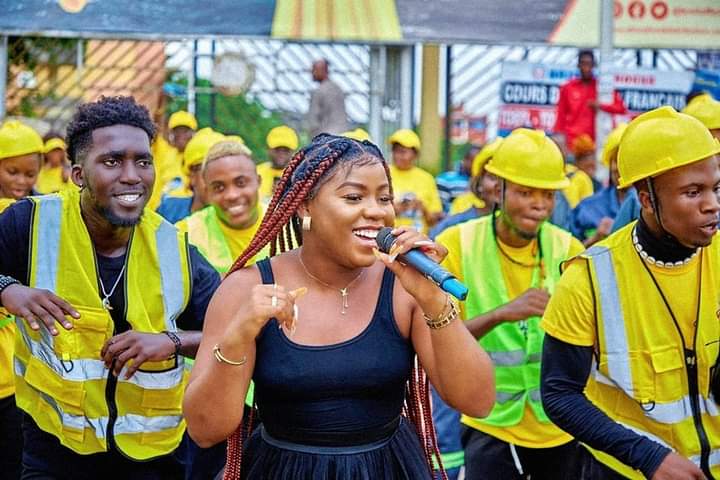 KRYS M’s ‘Chacun sa chance’ is the biggest song released in the country during the year 2022. In just 5 months, the video has gathered 14 million views on YouTube.  Every time a song hits this big, we all want to know if it is the new sound and if it has the formula for what we can conveniently call contemporary Cameroonian urban music. For a long time now, many industry actors have argued that the relative lack of success in the Cameroonian music industry is a result of artists not producing original Cameroonian music.

Historically, Cameroon has produced two major genres of music; Makossa and Bikutsi. Assiko and Bend-skin are the popular subgenera to have emerged. Philbill’s ‘La clé’ is arguably the second biggest song released in 2022. He calls his music Bikossa which is a name made up of part Makossa and part Bikutsi. Philbill  argues that Bikossa is the contemporary Cameroonian sound and is calling for all artists to fall behind it like most Nigerian artists are riding the Afrobeat wave. He believes it is the kind of music that can get Cameroonian artists some global recognition.  Is Bikossa really that different from Bikutsi and Makossa? Enough to be its own genre? Is it really exportable music? All questions that are still to be answered.

‘Chacun sa chance’ is essentially Bend-skin. Sonically, it has nothing new. It rather carries with it a lot of nostalgia. Its success, in my opinion, is not a leap forward for the Cameroonian music industry. Rather than announcing the dawn of a new era like Franko’s ‘Coller La Petite’ or Stanley Enow’s ‘Hein Pere,’ it is reminiscent of a past when everything was better or at least seemed to be moving forward. Even in football arguments, we are stuck with the glories of 1990.

The success of ‘Chacun sa chance’ is a giant step backward, which may not necessarily be a bad thing as I will explain later. The song’s popularity has less to do with the production and more to do with the times we live in. The two biggest songs from Cameroon last year have only a Cameroonian audience that, maybe, spills off into Côte D’Ivoire. Unlike what Philbill believes, Bikossa is not going to take Cameroonian artists anywhere beyond the CEMAC region. It is a sound that can only appeal to Cameroonians and Ivorians. It is local which does not make it bad. If it had any global appeal, it would have gone global with ‘Shabasiki’ and ‘La clé.’

Libianca’s ‘People’ is already making waves around the world. In Cameroon, she’ll only make an impact on the Anglophones; more in envy for escaping the matrix than for what her music and success really mean in the conversation on Cameroonian music. To the majority of francophones, she is nothing but a foreigner. It is important to add that, in Cameroon, a foreigner has become synonymous with someone who has progressed beyond the status quo in the country, and foreigners of Cameroonian origin are traitors.

The 25 years of cultural stagnation have made it difficult for us to compete on the global stage. While most of the world progressed, we regressed; if you want to argue, we have Camair-Co as our report card. We have decided to solve the problem by removing Cameroon from global competition. It is not obvious at first but when you take into consideration this new thing of calling Cameroon a continent or a galaxy, you can begin to agree that it is not just a joke. Besides, the best jokes are hinged on scary truths. It is clearly an attempt to give Cameroon a special status in the world.

Patriotism has become more important than ever. It almost feels like, soon, you will need to have a Cameroon flag with you at all times or risk being called unpatriotic. It is now more important to profess your love for the country in every way possible even if by so doing, you become an accomplice to its destruction. Let’s also not forget to mention that patriotism today means blind loyalty to the head of state and his collaborators.

I want to believe taking Cameroon away from the global conversation is the right thing to do especially if we do it consciously; as a means of stepping back to work on new foundations. If we do it just because we want to be seen as winning locally, then we do ourselves a disservice because we cannot stay out of global competition in the long run, at least not in everything. What I am trying to communicate here is the fact that, maybe, we do not need to have globally recognized artists.

Germany and Finland are developed and prosperous nations but I don’t know any musicians from either of them. We can accept that Cameroon does not have a global sound yet. This should give us the time to go back to the fundamentals and fill the knowledge gap because there is clearly one that we cannot hide for too long.

The success of ‘Chacun sa chance’ can be attributed then to the Cameroonian’s need to feel important in a world where he/she is becoming increasingly irrelevant. We don’t want artists to just make the music they want to make. We are forcing them to make music that is only for us, music that will only bring them success if we accept it. In that light, we are claiming only what only us can claim. It is not uncommon to play a song to a Cameroonian and have them like it only for them to start having negative opinions on the song when they realize it was sung by a Cameroonian. This usually happens when the music cannot be directly classed under the traditional genres of music that have seen success in the past in Cameroon. This is however not the only explanation for the song’s success.

Many won’t even remember parts of ‘Chacun sa chance’ beside the chorus. The chorus is in fact the mode in which many Cameroonians live their lives; praying and hoping to get lucky. This is the second argument for the success of the song. It propagates the belief that success is a matter of chance. Tribalism, nepotism, and corruption have created an environment where luck pays off faster than hard work; consequently, we have replaced success with winning and that is why this song resonates with many people.

‘Chacun sa chance’ basically asks everyone to wait to be lucky. That’s the kind of message the powers that be in Cameroon want to push forward so that our problems cannot be attributed to their incompetence. You are not unqualified, you are just unlucky. You are not talented, you are just lucky.

What is the one thing that all ‘made’ Cameroonian influencers have in common? You guessed right, a 1XBet code. Chacun sa chance.