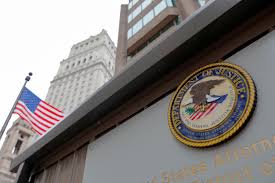 They are accused of among others, kidnapping Cameroonians, demanding ransoms from U.S. relatives to fund separatist militia groups in Cameroon and planning to use weapons of mass destruction. The three “are charged in a four-count indictment returned under seal by a federal grand jury in Kansas City, Missouri, on Nov. 18, 2022. The indictment was unsealed and made public today following their arrests and initial court appearances,” the Office of Public Affairs at the US Department of Justice noted in a release.

The three are accused of soliciting and raising funds for equipment, supplies, weapons and explosive materials “to be used in attacks against Cameroonian government personnel, security forces and property, along with other civilians believed to be enabling the government.” With the arrest of the three, more light has been shed once more on the abduction in November 2020 of Fon Sehm Mbinglo of Nso and the now late Christian Cardinal Tumi in the Ngohketunjia division. Both men were taken at Baba I in Ngoketundjia Division as they made their way to Kumbo. They spent close to a week in captivity.

“According to the indictment, the defendants authored a document that included a list of expenditures related to Improvised Explosive Devices (IEDs), firearms and ammunition. Other expenditures included funds related to the kidnapping of Cardinal Christian Tumi and of a Cameroonian traditional leader named Sehm Mbinglo II on Nov. 5, 2020,” read the release.

The 10-page indictment also details circumstances surrounding the abduction including how Nestor Langmi in a Facebook video, confessed to tracking the travel plan of the Fon and Cardinal, and coordinating their kidnap. The same plan was outlined in the separatists’ 2020 end of year statement justifying funds spent in the operation.

The exchange of funds between separatist fighters on the ground and diaspora supporters has been reported in the media for a long time now, with the increase in abductions, kidnappings and demands for ransom. According to the Department of Justice, the funds of the three accused “were raised through online chat applications and payment platforms from individuals located in the United States and abroad. The funds were then transferred from various financial and cryptocurrency accounts controlled by the defendants through intermediaries to the separatist fighters to support attacks in Cameroon.”

“In addition to more than $350,000 the defendants raised through voluntary donations, the indictment alleges Chi, Chenyi and Langmi conspired with others to kidnap civilians in Cameroon and hold them for ransom. In some instances, U.S. citizens were extorted for ransom payments to secure the release of their kidnapped relatives living in Cameroon. The ransom payments were subsequently transferred to the separatist fighters to fund their operations,” it added.

In line with the ongoing investigation, the release urged anyone with information related to the investigation to make it available to facilitate the process of rendering justice.

This is not the first time the US government is curtailing efforts aimed at supporting the violence being unleashed by Cameroon’s separatist movement. In June 2021, three US-based Anglophone Cameroonians were taken into custody and charged with gun running and conspiracy. This, was for their effort to provide high-grade weapons and ammunition to separatists back home.

With the US government now openly taking action against supporters of the Cameroon separatist human rights abuses living within its borders, it is believed many more arrests could be made in the weeks ahead. This, is as many diaspora-based secessionist activists have the country as their base.

Over the years, the government of Cameroon has lobbied for the arrest and trial of some of these actors. To severe these links and restrict communication that it ceased internet connectivity in the Anglophone North West and South West regions twice in recent years.